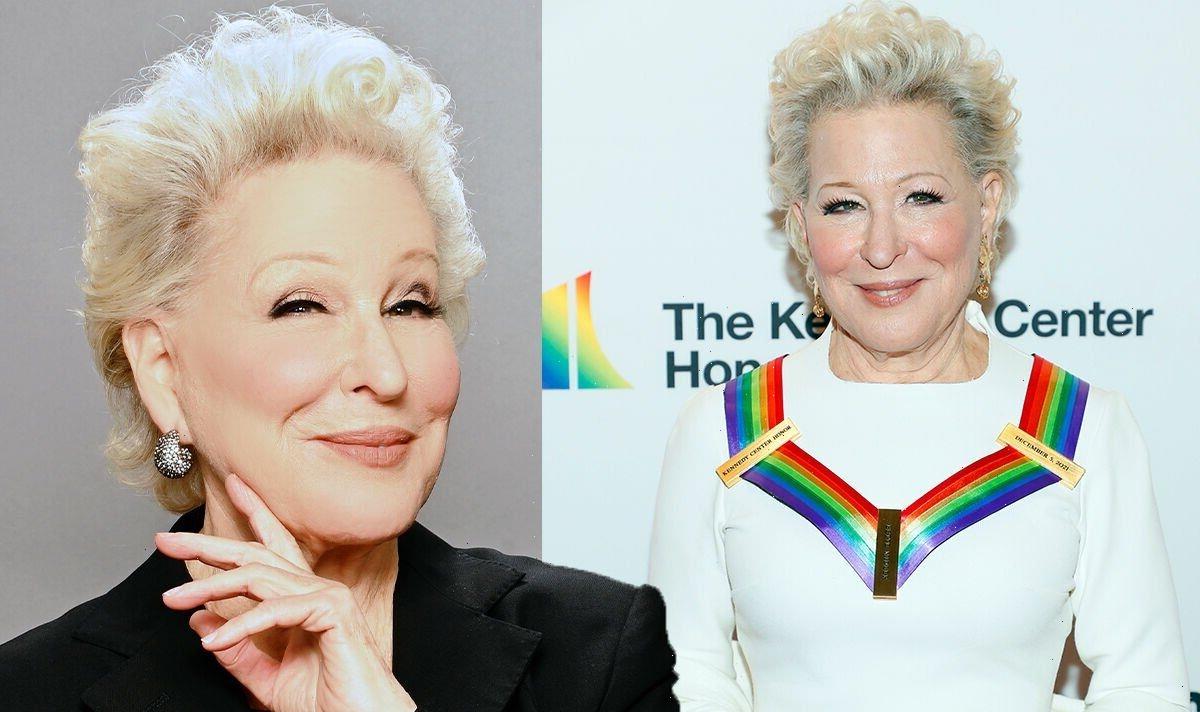 Bette Midler, 76, came under heavy criticism this week after she sent a message addressing women being called “birthing people”, “people with vaginas” or “menstruators”. Many social media users accused the Hollywood actress of transphobia, leaving Bette to share a series of tweets setting the record straight.

It wasn’t about that.

Bette came under fire for joining the debate about the word “women”, with many claiming her tweet was heavily transphobic.

The original message read: “WOMEN OF THE WORLD! We are being stripped of our rights over our bodies, our lives and even of our name!

“They don’t call us ‘women’ anymore; they call us ‘birthing people’ or ‘menstruators’, and even ‘people with vaginas’!

“Don’t let them erase you! Every human on earth owes you!” 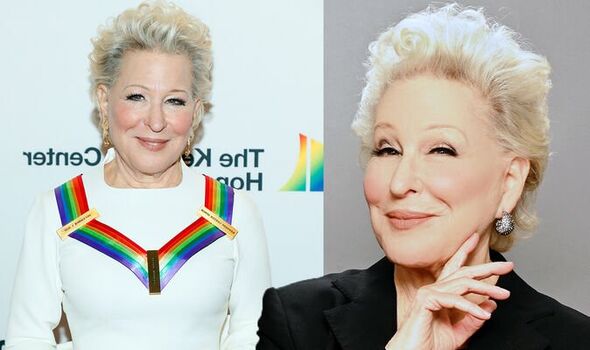 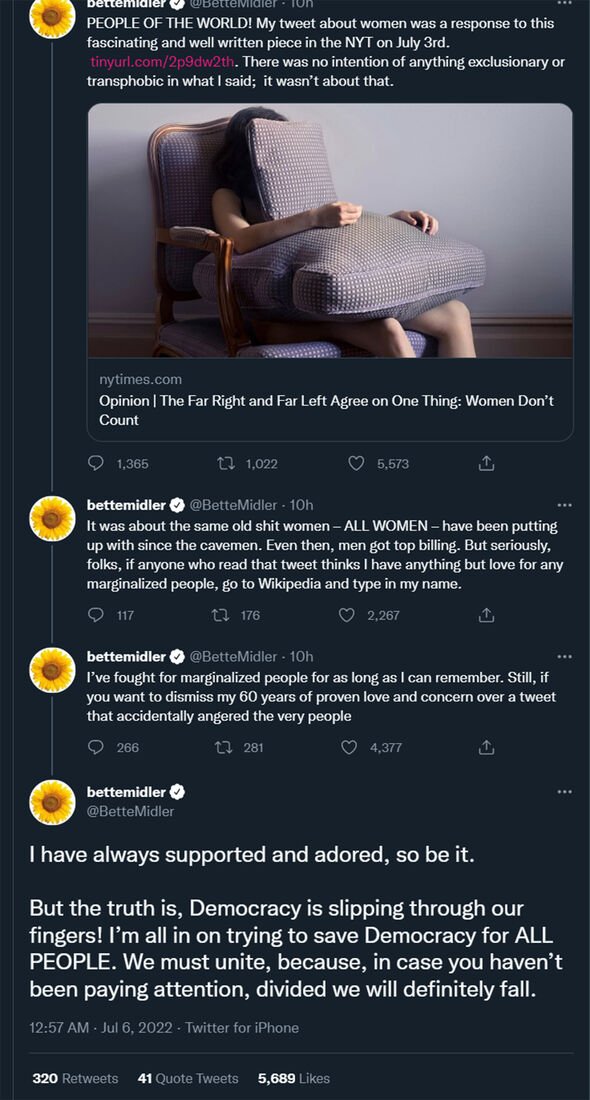 Bette has now taken to Twitter to clarify what she meant, sharing an article about the way women are treated in modern society.

She penned in view of her 2.1 million followers: “PEOPLE OF THE WORLD! My tweet about women was a response to this fascinating and well written piece in the NYT on July 3rd.

“There was no intention of anything exclusionary or transphobic in what I said; it wasn’t about that.

“It was about the same old s**t women – ALL WOMEN – have been putting up with since the cavemen. Even then, men got top billing. 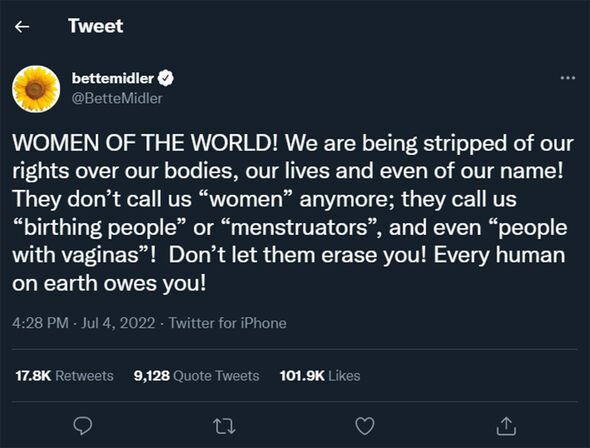 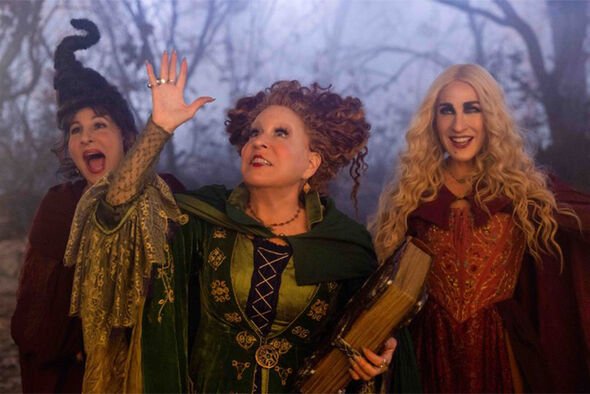 “But seriously, folks, if anyone who reads that tweet thinks I have anything but love for any marginalized people, go to Wikipedia and type in my name.

“I’ve fought for marginalized people for as long as I can remember. “Still, if you want to dismiss my 60 years of proven love and concern over a tweet that accidentally angered the very people.”

Bette then continued in a separate tweet to defend herself, while also sharing one last note on the real meaning behind her original message.

She continued: “I have always supported and adored, so be it.

“But the truth is, Democracy is slipping through our fingers! I’m all in on trying to save Democracy for ALL PEOPLE.

“We must unite, because, in case you haven’t been paying attention, we will definitely fall.”

Bette’s explanation comes after fans called for a boycott of the long-awaited release of Hocus Pocus 2.

“Add it to the list of media I’ve boycotted from other problematic celebrities, I guess.”

T_Bizzle added: “Can someone please talk to Bette Midler. I don’t want to boycott Hocus Pocus 2, but I will.”

Hocus Pocus 2 is set to be released on September 30 this year, 29 years after the original children’s film became a worldwide hit.

The film will see Bette, Sarah Jessica Parker, and Kathy Najimy reprising their roles as Winifred, Sarah, and Mary Sanderson.