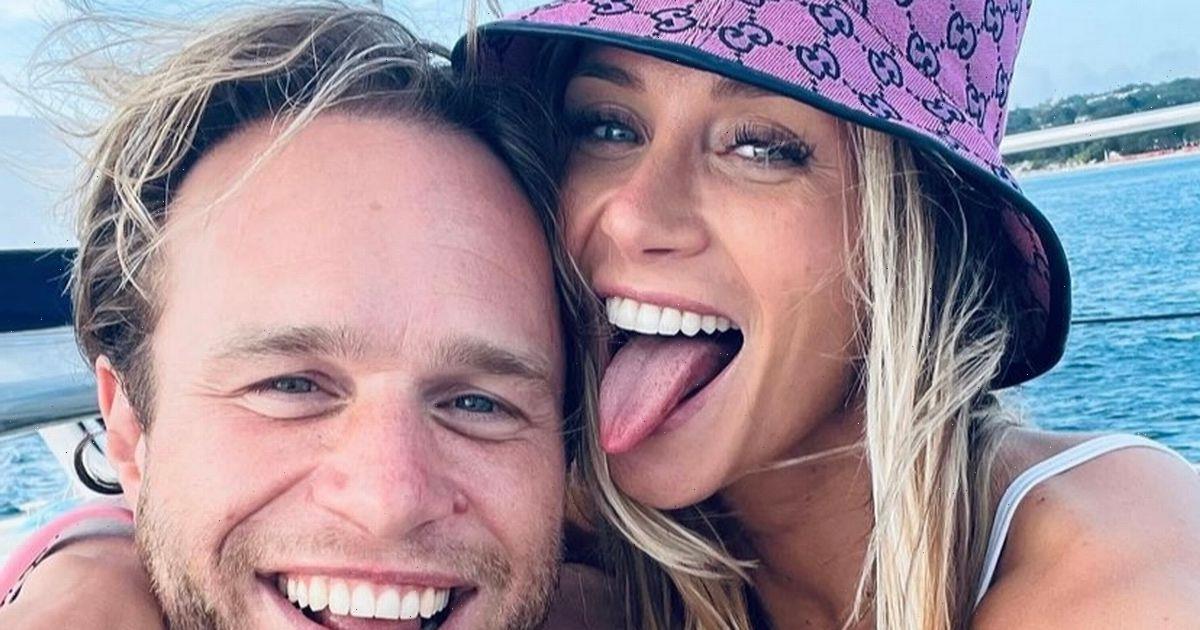 Olly Murs had fans in stitches after he shared a picture of the gift he’d given his fiancée, Amelia Tank, during their trip to Barbados.

The X Factor’s Olly, who featured on the show in 2009 with fan favourites like Stacey Solomon and Joe McElderry, is currently enjoying a sunny getaway to the Caribbean.

After earlier saying that it would be the last holiday before they tie the knot, the singer took to Instagram to share a picture of the hilarious gift he got Amelia.

“Oh plus on holiday I got Amelia a new beach outfit! Something low profile… think she loved it,” Olly, 38, told his 4.2 million followers.

The cheeky picture showed Amelia, who made her first red carpet appearance with Olly during the Pride of Britain Awards, standing on the hotel balcony while sporting a bathing suit with her partner's pouting face on.

She paired the startling swimsuit with flip-flops, a bright blue bag and a facial expression that suggested she was less than enthusiastic about wearing it in public.

Many fans flocked to the comments to share their thoughts, with one penning: “How do you even come up with ideas like that?"

The official Instagram page for Scouting For Girls wrote: “Annoyingly that’s exactly what the three of us had planned to wear onstage when we support you on tour! #awkward.”

“The fact that she wore that and let you photograph it shows that Amelia is game for a laugh and really loves you lol,” another fan pointed out, as someone else penned: "With that body she can rock anything even your disturbing choices."

Amelia and Olly started their romance back in 2019 after meeting at the gym, with the bodybuilder later consoling Olly following the death of his friend Caroline Flack in 2020.

The couple went from strength to strength, and he popped the question last year following his emergency knee surgery earlier in the year.

This comes after Olly admitted to “feeling low” while also sharing his own techniques for dealing with those difficult moments.

Speaking exclusively to OK!, he explained: "I get out, take the dog for a walk, get some fresh air, go to the gym. I also listen to my favourite music and try to get myself out of that hole very quickly.

"It’s hard, but when I do it’s great. With depression or feeling low or down about yourself, you’ve got to try and find the good things that make you smile and make you happy.

"For me, seeing my partner or my dog, speaking to friends, going shopping, going to the gym or just doing something for me is important."