Don’t worry, all the candidates got theirs, too 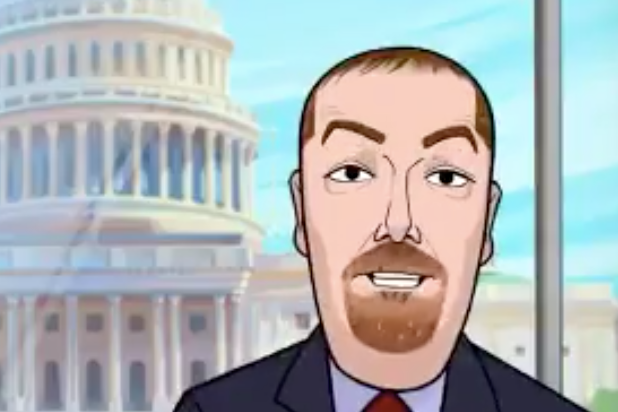 “The results are in from the New Hampshire primary and Bernie Sanders is the winner. I said it. Now you Bernie Bros can stop Photoshopping me in the shower with the Devil,” announces the doodled version of Todd, whose real-life counterpart found himself in hot water this week for reading aloud from a column that compared supporters of Sen. Bernie Sanders to Nazi “brownshirts.”

Sanders’ character shushed his cheering fans, saying, “We cannot let the DNC know that I won. Everyone very quietly walk to Nevada. If anyone asks, we are throwing a surprise bachelor party for our work friend Steve.”

Former South Bend, Indiana mayor Pete Buttigieg is shown congratulating Sanders, then immediately positioning himself as the nominee who will take on President Donald Trump in the general election. Sen. Amy Klobuchar is given a strong midwestern accent when she delivers lines that hint at past reports of her temper.

Sanders won the primary on Tuesday night, with Buttigieg taking second. In a surprising turn of events referenced in the “Our Cartoon President” send-up, Klobuchar took third place, outpacing the other candidates, like Sen. Elizabeth Warren and entrepreneur Andrew Yang.