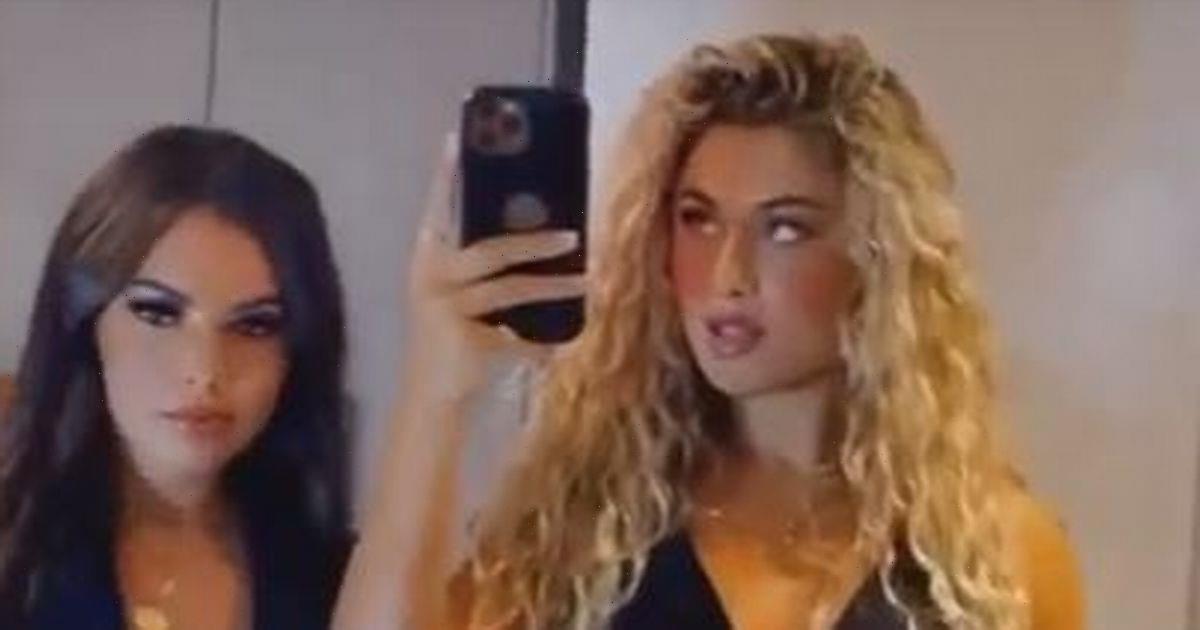 Love Island'sPaige Thorneappeared to be in good spirits as she enjoyed a night out with her fellow Islanders despiterumours she had split with Adam Collard.

Paige, 24, enjoyed a night out at Menagerie bar and restaurant in Manchester on Saturday and was joined byTasha Ghouri,Andrew Le Page,Antigoni Buxtonand Danica Taylor.

The group showed off their tightknit bond as they dined out and then partied away with Paige appearing to put any relationship woes behind her as she danced for the camera.

Paige effortlessly turned heads in a black blazer-style mini dress with a plunging neckline. The Welsh beauty also donned a pair of black ankle boots and carried a matching handbag.

While Antigoni wore a black mini dress with a matching pair of heels.

Tasha looked sensational for the outing as she donned a long-sleeved white crop top that highlighted her toned midriff. Andrew kept it more casual in jeans and a black t-shirt.

Also on the night out was fellow Love Islander Danica Taylor who cut a stylish figure in a white crop top with a beige pattern.

The outing came days after it was speculated that Paige and fellow IslanderAdamweresaid to have splitearlier this weekafter Adam was pictured with an anonymous blonde womanon a night out.

Since the pictures emerged, Paige hasremoved all traces of the personal trainer from her Instagramand has even been seen cosying up to Love Island co-star Billy Brown.

Speaking about the "split", a source toldThe Sun: “Paige and Adam are over for now. They were on a break but just knew things weren’t going to work.

“Paige struggled with life outside the villa even though Adam tried to warn her what it was like.

“She has so much going for her and is just going to concentrate on exciting new projects and being a paramedic still.

"Adam is still determined to win her back but it would take a lot to change Paige's mind.”

Cheating rumours first sparked last month, after Newcastle native Adam was spotted with hisarms wrapped around a mystery womanin McDonald's after a night out, though his representative insisted the interaction was innocent. Adam's rep said: "Adam headed to McDonald’s after a night out with friends.

"His friends were alongside him when a group of girls asked for photos and Adam being his friendly self was open to posing and chatting to the girls, alongside other fans who wanted to chat in the same video.

"Adam understands how this video looks but wants to state that he left the restaurant with his friends and a box of 60 nuggets (with nothing or no one else) with the intention of getting home safely.

"Adam and Paige are currently dating and Adam only has eyes for her.”