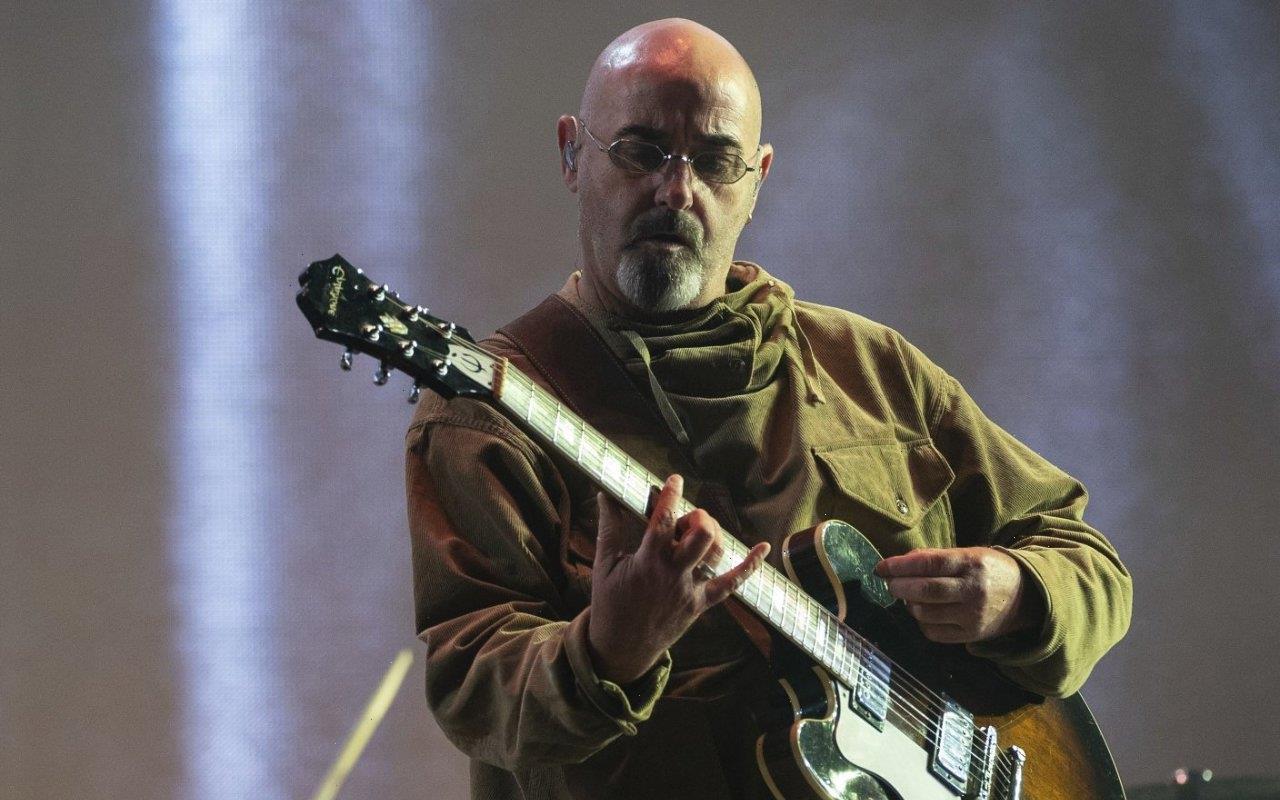 The former guitarist of Oasis takes to his social media account that he finally finished his course of treatment, including 30 radiotherapy sessions and two chemotherapy.

AceShowbiz –Paul Arthurs a.k.a. Bonehead offers an update on his health condition amid his battle with cancer. Taking to social media, the former Oasis guitarist revealed that he has completed his cancer treatment.

Bonehead, who was diagnosed with tonsil cancer in April, has given fans an update on his health battle and said “things can only get better from here.” In a lengthy statement shared on Twitter over the weekend, he said, “Today I finished my course of treatment, 30 radiotherapy sessions and two chemotherapy. I’m feeling the pain right now but I’m in recovery and things can only get better from here.”

“I can’t thank the team who supported and treated me at The Christie enough. Doctors, Radiographers, dieticians, speech and language,” he added. “You all really made it so much easier, I’ll forever look back at what you all do with a hand on my heart. Thank massively. (sic)”

Meanwhile, the 56-year-old musician revealed he will be having a scan in a few months “to check all’s well,” but until then he’ll be focused on his “recovery.” He added, “I’m back for a scan end of September to check all’s well, but for now it’s into recovery mode, couple of tough weeks ahead but I’ll get there. Thanks again for all your messages, there’s so many each day and I read them all, they mean a lot so thank you for that.”

Liam Gallagher, 49, wrote, “Sending BIG love to the 1 n only Bonehead and his family wishing you a speedy recovery we’re all thinking of you rasta you’ll be back on stage bfore you can say r we doing Colombia LG x (sic)”

Bonehead quit Oasis in 1999, saying he wanted to spend more time with his family, but he’s kept working with Liam over the years, including in his band Beady Eye and on other solo projects.