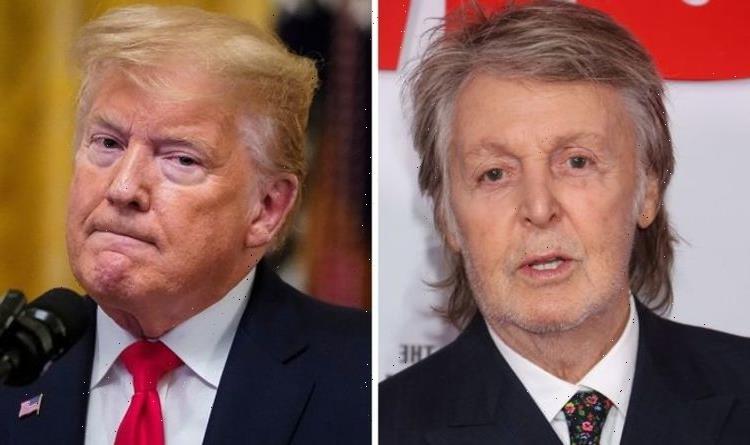 Paul McCartney on how 'Yesterday' came to him in a dream

‘Paul McCartney at the BBC’ is being broadcast on BBC Two at 7:55pm. The programme will feature a compilation from the musician’s post-Beatles career featuring performances on Top of the Pops and the Electric Proms. The show will also include a range of behind the scenes footage and interviews, including with die-hard Beatles fan Bob Mortimer.

Later in the evening ‘Paul McCartney at The Cavern Club’ is also on BBC Two at 9:25pm.

The programme shows three-year-old footage of Paul’s performance at the famous Liverpool venue, where the Beatles cut their teeth in the early Sixties.

Around 250 people crammed into the venue to hear a set featuring Fab Four classics as well as songs from solo album ‘Egypt Station’.

Since being propelled to international acclaim with the Beatles in the Sixties, Paul’s life and relationships have very much been in the public eye.

In 2002, Paul married his second wife Heather Mills, a former model and anti-landmine campaigner, and the couple had a child together a year later.

However, in April 2006 the pair separated and divorced acrimoniously in March 2008.

Ms Mills was awarded £24.3million in the divorce settlement.

Former US President Donald Trump once claimed, at the time of Paul and Heather’s separation, that he had told the Beatle to get a prenuptial agreement before marrying his wife.

Mr Trump claimed to the late Larry King on CNN: “He insisted on no prenup and it’s going to cost him a lot of money.

“And, I told him… Prenups are very tough.

“So there’s nothing really nice about it, but in our world with the long courts and with the vicious lawyers and with all of the problems if you have money or if you think you’re going to have money, you have to have a prenuptial agreement.”

Mr Trump who is twice-divorced, married Melania Trump in 2005, a year before his criticism of Paul.

The former President, who is known for being brash and direct, even labelled the singer’s decision as “idiotic” after Paul allegedly allowed romance to cloud his judgement.

Contactmusic quoted Mr Trump as saying in 2006: “I know I sound like a broken record, but get a prenup.

“I don’t care how much you love your fiancée, it’s just idiotic to get married without one.

“Don’t believe me? Ask Paul McCartney what he thinks.

“I know he wishes he had one.”

Paul was deeply critical of Mr Trump when he was President, between 2017 and 2021, and accused the business tycoon of unleashing “the ugly side of America”.

He confirmed to the Australian Daily Telegraph the year of Trump’s inauguration that he was “not a fan” of Mr Trump.

Paul said: “He’s unleashed a kind of violent prejudice that is sometimes latent among people.

“He’s unleashed this ugly side of America.

“People feel like they have got a free pass to be, if not violent, at least antagonistic towards people of a different colour or different race.

“I think we all thought we’d got past that a long time ago.”

Watch Paul McCartney at the BBC on BBC Two at 7:55pm.

Watch Paul McCartney at The Cavern Club on BBC Two at 9:25pm.