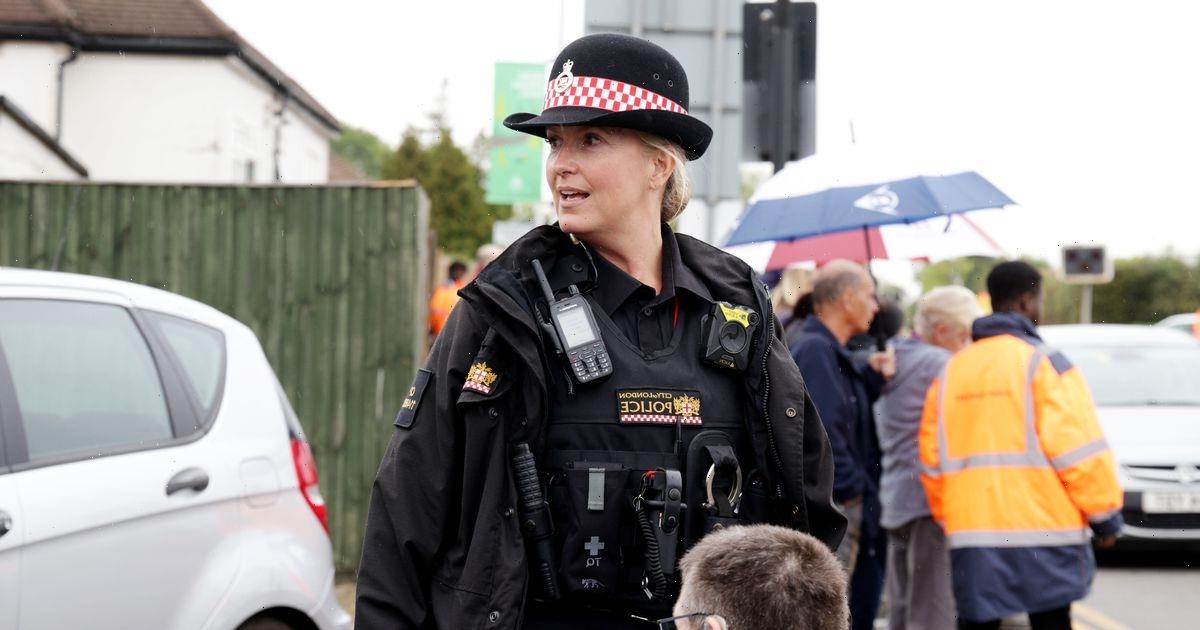 Penny Lancaster has been spotted carrying out her duties as a special constable where The Queen's coffin will arrive by plane.

The 51 year old model and TV presenter, who is married to Rod Stewart, said this week that she was "very proud to be able to serve" as part of the policing effort around the monarch's funeral.

She signed the signed the oath to the Queen after training as a special constable with the City of London Police last year.

Penny has been snapped keeping order outside the RAF Northolt in west London, where the plane carrying the Queen's coffin is due to arrive on Tuesday evening.

The former Loose Women panellist was seen helping someone in a wheelchair with a dog and marshalling a crowd of people gathered in the rain at the site.

Penny will be on duty throughout this week and at the Queen's funeral next Monday, which she said will be a "historic moment".

She also had the "great privilege" of working during the Queen's memorial service at St Paul’s Cathedral last Friday.

Speaking on Good Morning Britain on Monday, she said: "I signed the oath of Office of Constable to Her Majesty the Queen just over a year ago, April last year, and just as the seamless tie between Her Majesty and King Charles III, my oath will now be with the King."

Penny added: "I have extreme pride to serve on the streets of London on Friday and I will be again on Wednesday when the Queen's cortege and on Monday, which is a historic moment I'll be very proud to be at."

The mum of two also spoke about wanting to be a good role model for her children, Alastair and Aiden.

She said: "I want to show my boys that it’s important to be whatever you want to be in life, and fulfil every part of yourself, even if it’s considered dangerous.

Around 300 police officers are stationed on the roads surrounding RAF Northolt ahead of the arrival of the Queen’s coffin.

One officer is stood per 20 yards as part of the security arrangements, as huge crowds are expected to watch the flight from the roads, the RAF has said.

A state hearse carrying the coffin is then expected to drive down the A40 on its way to Buckingham Palace.