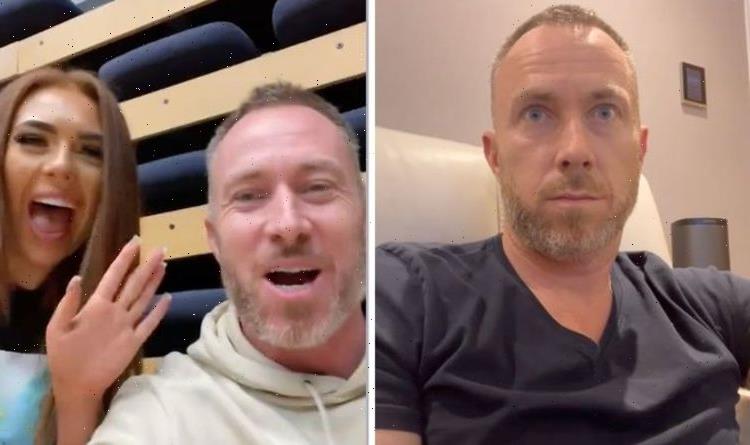 James Jordan reveals he and Ola have left Ella for work

James Jordan, 43, took to Twitter to express his opinions on Brexit back in 2019. The dancer was exposed to some ridicule when he reached out to fans at the time. Some fans may be wanting to know more about the star as he takes part in Strictly The Full Monty tonight.

James tweeted a message out about his opinions on Brexit and some of his followers weren’t too happy about his opinions.
One follower wrote to him with distaste and he had quite a fiery comeback.
James tweeted in December 2019: “The people have spoken….
“Whatever you wanted let’s move forward. Please remember we live in a great country.

“Positivity breeds positivity
“Negativity breeds negativity
“I love the (Union Jack emoji) and the people in it so let’s now all grow up and just be nice.
“#GeneralElection.”

The post was sent out to James’ 296,900 followers.
It received 9,600 likes and 914 retweets.
@HammyPJ wrote to James in response to his tweet, saying: “Stick to dancing please.”
The Strictly professional then snapped back with a witty response, saying: “Brexit, here we come…” followed by a kiss emoji.

Some fans were even further embittered by his comments.
@Artyf***wit wrote: “Why do bald people love Brexit so much?”
@Kissingafool also retorted to his comeback, saying: “‘We live in a great country’ our country is rife with poverty and has seen a huge increase in food banks, a rise in homelessness & huge cuts to our nhs, schools etc.”

James recently spoke out to express concerns about wife Ola Jordan “stripping” off for Strictly The Real Full Monty.
The Full Monty this year, stars Laila, Martin Roberts, Christine McGuinness, Colin Jackson, Brenda Edwards, Duncan James, Demi Jones, Teddy Soares, Ola, James and Coleen Nolan.
Strictly The Real Full Monty is led by Diversity member Ashley Banjo.
The first of two episodes of the show is set to air on Monday, December 13, with the second episode airing the following day on Tuesday, December 14.
Despite the celebs taking on the challenge to learn and 10-minute routine and stripping at the end of it, the main message is to raise awareness for cancer.