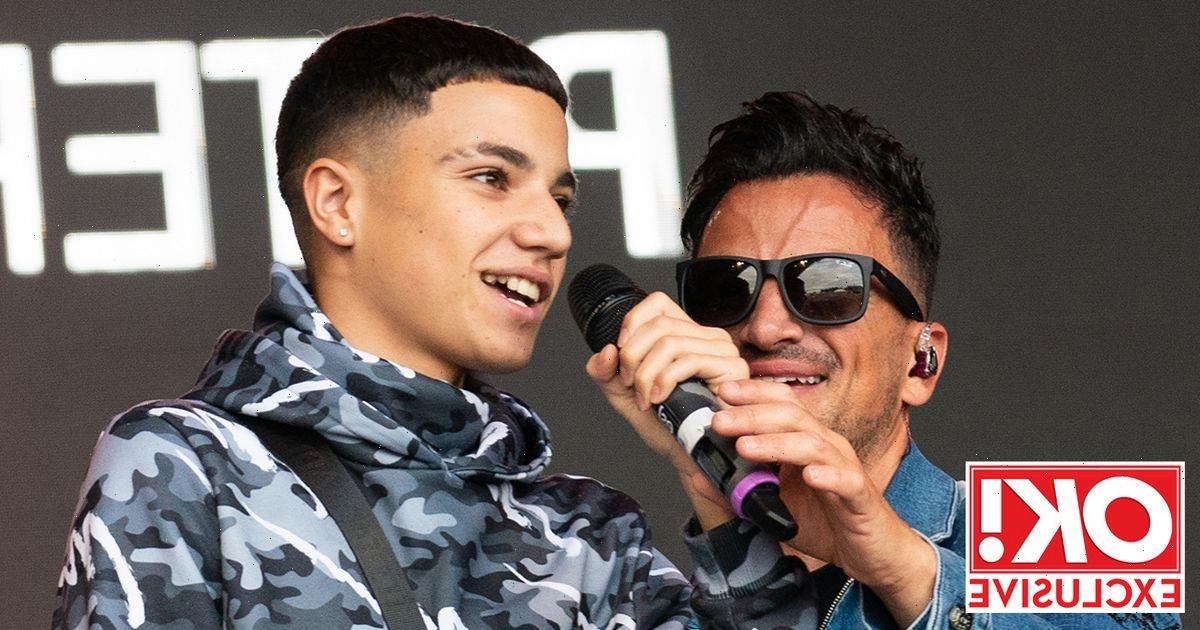 But the Mysterious Girl singer joked he and the teen won't be collaborating on a song together just yet, telling OK!: "He’s got better abs than me!"

Indeed it might be a little while before the pair decide to release a father-and-son duet, with Peter insisting, "Let’s get him going first, let’s get him up there."

Peter’s eldest son Junior, 17 – whom he shares with ex-wife Katie Price – saw his single peak at Number One on iTunes.

Peter glowed with pride as he shared the families support for his son: "He’s got us right here with him, as a team we are looking after him."

The Mysterious Girl singer, 49, also has some wise words of advice for son Junior, as he emphasises the importance of staying grounded.

"It's really easy to lose being nice," he tells OK!. "You’ve got to stay humble it’s so important in this industry."

Currently starring in Grease on the West End, the 49-year-old attended the Caudwell Ball with his whole family, ready to host the event for yet another year.

Joined by son Junior, wife, Emily MacDonagh, 32, and daughter Princess, 15, the family went for a red and black dress-code.

Emily looked stunning in a scarlet floor length gown which hugged her incredible figure, whilst Peter looked his usual dapper self in an-all black suit.

The TV personality was overjoyed to share the moment with the whole family, stating that he finds it emotional bringing the children along.

Princess wowed in a fitted strapless red-dress, posing on the red carpet like a pro. "She’s growing up way too fast,” dad Peter laughs.