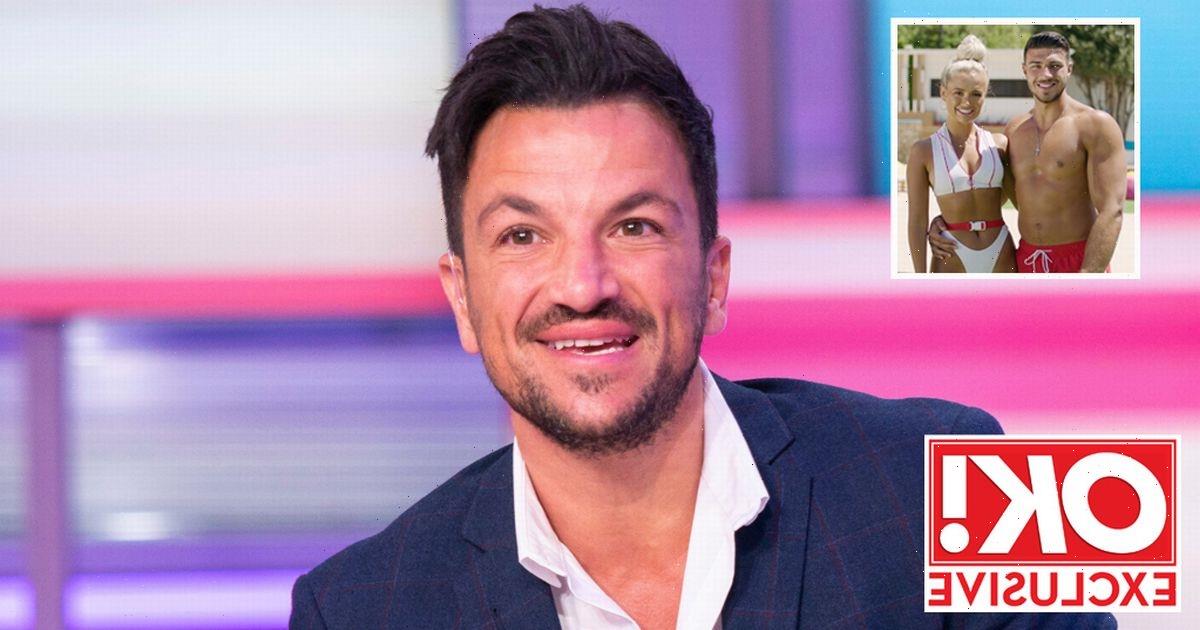 Peter Andre has shared his advice for parents-to-be Molly-Mae Hague and Tommy Fury, after the Love Island couple recently announced they’re expecting their first child together.

Writing exclusively in his column, the dad-of-four revealed the one thing the pair should buy before their little one arrives.

The 49 year old said: “Huge congratulations to Molly-Mae Hague and Tommy Fury on the news they’re expecting a baby.

“I know I’m always saying I wouldn’t want my kids to do Love Island, but you have to remember some great couples have come out of it and Molly and Tommy are one of them.

“If they asked me for any advice I’d probably advise them to invest in a good coffee machine with strong beans because it will become their best mate.”

The singer continued: “Nothing prepares you for the lack of sleep. But you’ve got to enjoy everything.

“All the tough moments are short-lived but so are the wonderful ones, so embrace it, as they grow up in the blink of an eye.”

Pete is is dad to Junior, 17 and Princess, 15 with his former wife Katie Price, as well as Millie, eight and Theo, five, with his doctor wife Emily.

Molly and Tommy announced their happy news last month with a sweet video montage which included their moving speeches to one another as part of the Love Island finale in 2019.

It then went on to show the 23 year old showcasing her blossoming bump in a fitted dress as boyfriend Tommy, also 23, lovingly stroked her stomach.

Quoting her 2019 speech, the PrettyLittleThing creative director captioned the clip: "I can’t wait for the adventures that we haven’t even dreamed of yet”, followed by an angel emoji.

Fans believe the 23 year old is due between the end of January and early February, with the star recently confirming she is over five months pregnant.

In an Instagram Q&A, Molly admitted how far along she is as she responded to a follower asking her if it was hard to "hide" her pregnancy.

She replied: "Strangely…no. It wasn't. I set myself a goal to get to 5 months without people knowing and I really didn't think I would get that far…but we actually went past that point!

"It was so special having it as mine and Tommy's secret – I also have some amazing secret keeping friends/family too".

She also revealed that she and Tommy, who know the gender of their baby, have already decided on a name.

"We had a boy and girl name picked out from basically the day we met. We are sticking with the name we've had planned all along,” said Molly.