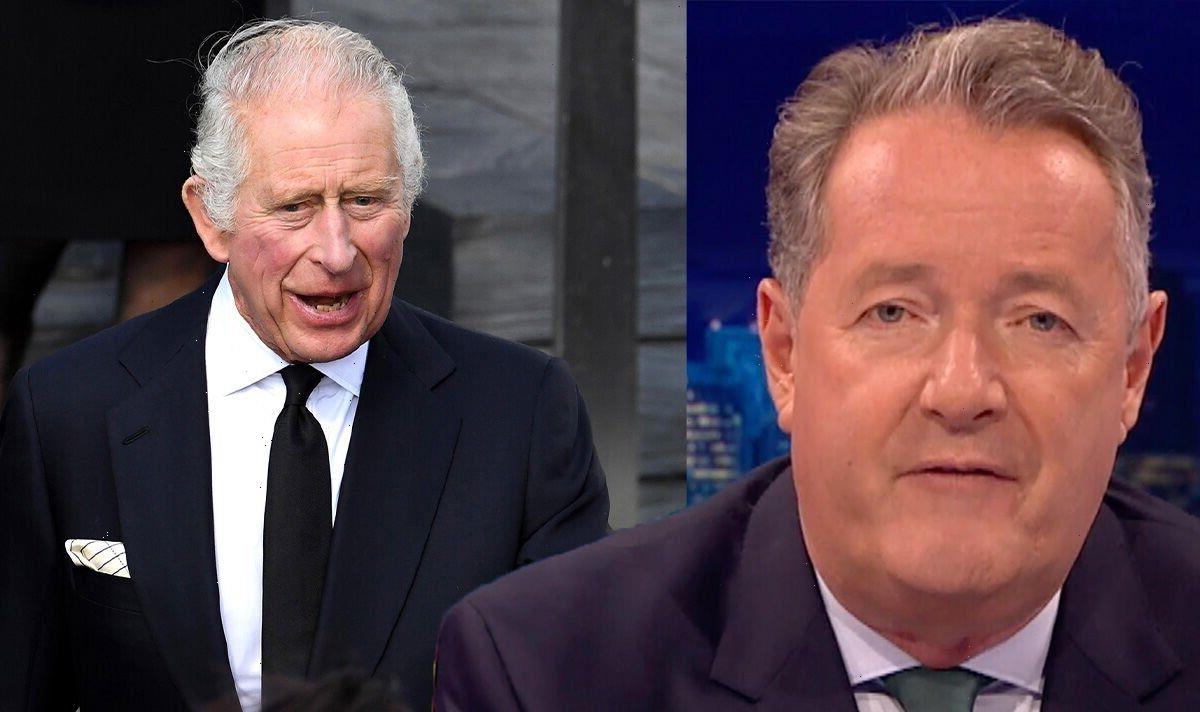 King Charles, 73, has not stopped since his mother Queen Elizabeth II died peacefully at Balmoral last Thursday. The new King began his tour as the country’s Monarch in Cardiff and was met with heckles, with Piers Morgan, 57, hitting out at protestors on Twitter.

Piers responded to a video posted by Sky News showing the new King greeting the public in Cardiff as he began his tour.

During the struggle, one man can be heard shouting to the King: “While we struggle to heat our homes, we have to pay for your parade.”

In view of his 7.9 million followers, Piers exclaimed: “Imagine doing this to a man whose mother died a few days ago? So disgusting.”

Many social media users shared Piers’ view slamming protestors for hitting out at the grieving King. 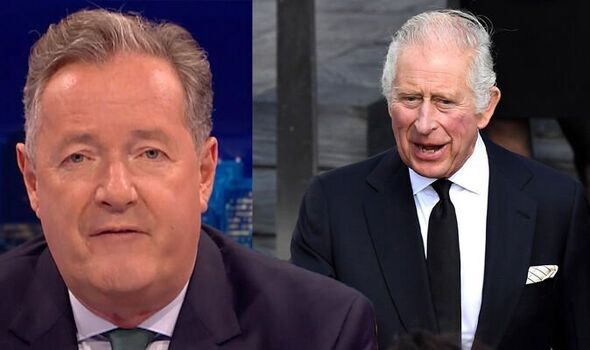 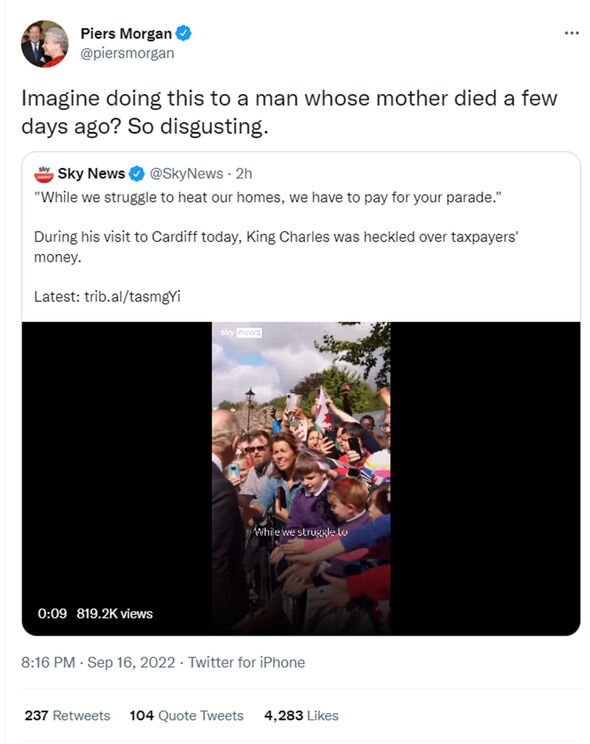 LouellaKate said: “I feel for him. He’s going through so much with the weight of the world on his shoulders.”

GoldenGoonerlg added: “Maybe someone should show this bloke the figures of how much Tourist trade the Royal’s bring in, the Palaces, Changing the Guard.

“And I would not call it a Parade would you? The UK is a place of tradition, maybe that’s now wrong? I don’t know. At least he is meeting the people.”

AndrewKelly751 commented: “His mother has just died. I understand free speech but jesus christ come on do you need to be that insensitive. Be devastated if that was me.” 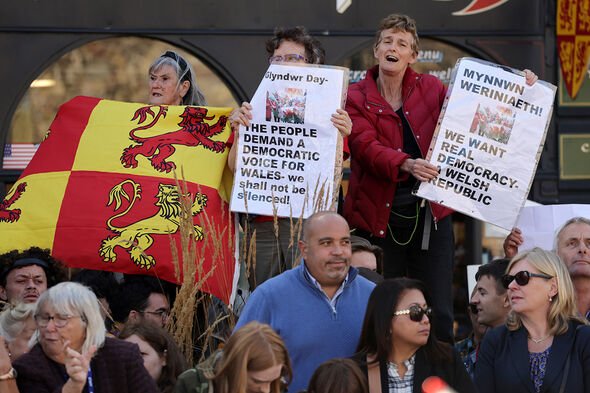 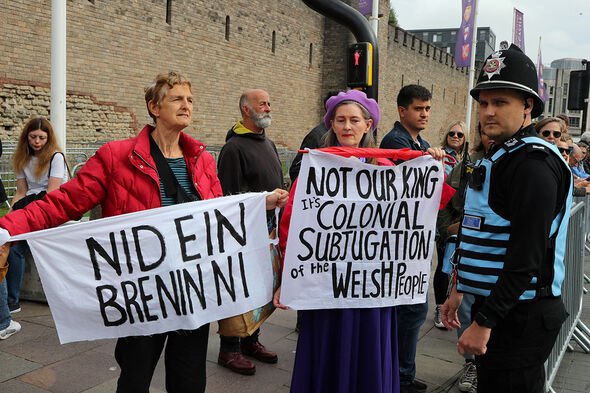 However, many disagreed with the former Good Morning Britain presenter as they shared their opinion on the protestors.

DEADRHY5 said: “Breaking: man cant be mad about cost of living crisis because a man with ridiculous wealth lost his mother.” (sic)

Michael92716169 added: “There’s a lot of anger and frustration out there. It’s wrong,but I understand it. And maybe you should too, piers.”

_Will_curtis_ commented: “No insults, no aggression, what’s the problem?”

The heckler was not the only individual in Cardiff slamming the new King as a handful of protestors booed the monarch at Cardiff Castle today.

Despite being intended as a silent demonstration, a small number of anti-monarchy protestors could be heard voicing their discontent to Charles and the Queen Consort.

A number of the groups, under the banner Real Democracy now, could be seen holding placards reading “We want a democracy, a Welsh republic” and “Abolish the Monarchy”.

At points, the rally broke into song led by members of the socialist choir Cor Cochion.

Piers has taken to Twitter regularly throughout the last week to stick up for the King, including after the pen incident.

Charles was seen losing his cool due to a leaky pen, standing and exclaiming: “Oh God I hate this!”

Quick as a flash, aides come to the royal couple’s side, taking the pen out of the situation while the king begins to wipe his inky fingers with a tissue from his pocket.

Piers replied to the video, in view of his 7.9 million followers, saying: “We’ve all had pen rage.”