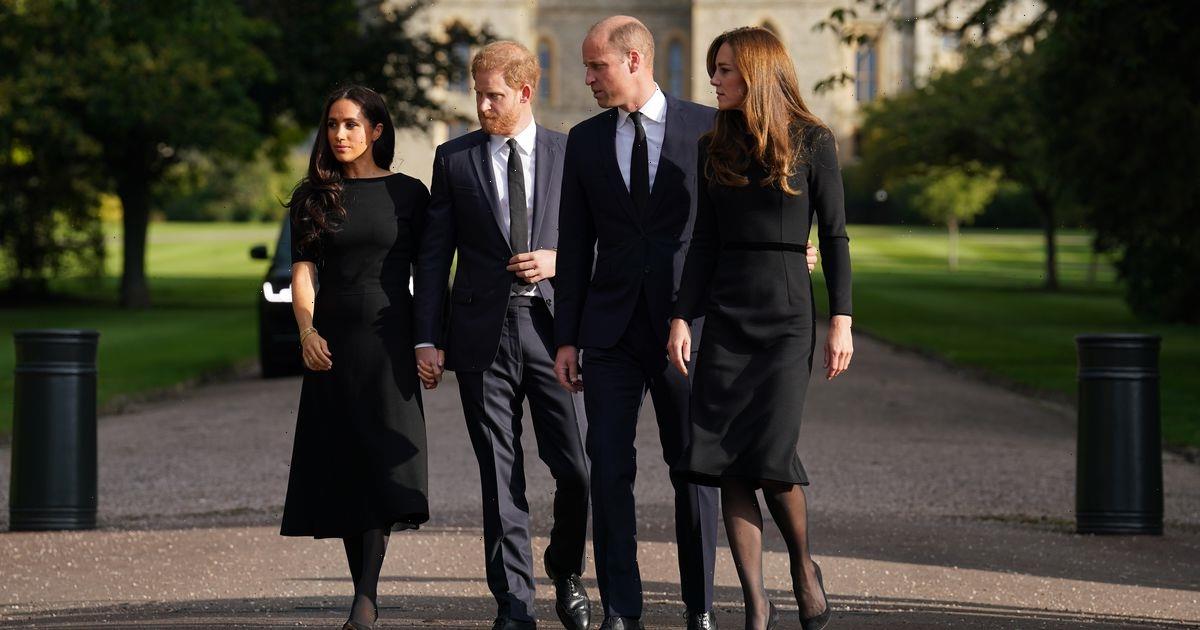 Piers Morgan has said he is "not fooled" by the reunion of the royal Fab Four as he slammed Prince Harry and Meghan Markle – again.

The former Good Morning Britain presenter, 57, called the couple "whiny money-grabbers" and claimed a "temporary truce" with Prince William following the Queen's death – amid their rumoured long-standing rift with the Royal family – was just a facade.

Harry, 37, and Meghan, 41, united with William and Kate Middleton, 40, the new Prince and Princess of Wales, for a surprise visit to inspect floral tributes to the Queen and greet well-wishers outside Windsor Castle on Saturday.

But broadcaster and journalist Piers, who has been strongly criticised for his controversial views on the Sussexes, claims in his latest column that it was a "show of forced unity".

The former Britain's Got Talent judge wrote: "Don’t be misled by the scenes of supposed hatchet-burying between William and his brother over the weekend.

"That was a show of forced unity to wrestle media attention away from their rift to their grandmother in the run-up to her state funeral next Monday."

Piers cited reports that Harry "didn't see" William at Balmoral on the night of the Queen's death, despite staying until the next morning, as an indicator of "how deep their split goes."

He added: "I applaud their temporary truce as a mark of respect for their grandmother, which is something she would have desperately wanted, but I’m not fooled by it. The depth of ill feeling between them, and their wives, runs very deep."

It comes as Meghan Markle was praised for her "calm" reaction after being snubbed by one royal well-wisher and for hugging a grieving teenager amid mixed reactions from crowds at Windsor.

Harry's emotional tribute to his "granny" The Queen, in which he remembered her meeting his "darling wife" and children, was also well received by many.

But Piers views them differently, labelling as "selfish, whiny, money-grabbers" the Duke and Duchess of Sussex, who stepped down as senior members of the royal family and moved to the US in 2020.

He wrote: "Their hypocritical exploitation of their royal status for vast personal financial gain, while simultaneously trashing the institution that bestowed their titles upon them, caused enormous hurt to the Queen in her last few years, especially during the period when her husband, Philip, was seriously ill and then died, and to the new king."