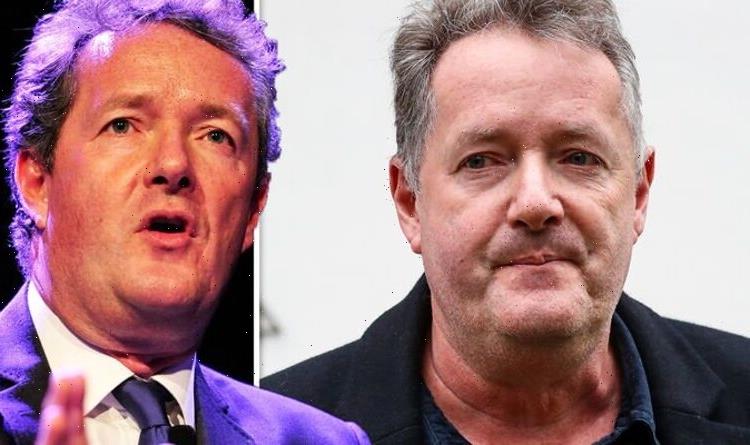 Former Good Morning Britain presenter Piers Morgan has slammed an economist who criticised Ukrainian President Volodymyr Zelenskyy over his appearance as he addressed US Congress earlier today. Taking to Twitter, the former newspaper editor, 56, didn’t hold back as he blasted Global Strategist Peter Schieff for his comments which sparked outrage on the micro-blogging platform.

I understand times are hard, but doesn’t the President of the #Ukraine own a suit?

Earlier today the Ukrainian president appeared via videolink to address the US Congress.

In his speech, Zelenskky implored the States to enforce a no-fly zone over Ukraine as well as pleading for more air-defence systems and aircrafts as Russia continues its attack on the country.

However, for some viewers it wasn’t the content of the leader’s speech that caught their attention.

He wrote in view of his 671,000 followers: “I understand times are hard, but doesn’t the President of the #Ukraine own a suit?

“I don’t have much respect for current members of the U.S. Congress either, but I still wouldn’t address them wearing a t-shirt.

“I wouldn’t want to disrespect the institution or the United States,” he ended his post.

The star’s followers soon rushed to agree with him, with Jo Shaw writing: “It’s not often I would agree with you piers but spot on although I wouldn’t have been as polite,” they added alongside a laughing face.

Piers’ comments come after he shared his own thoughts on President Zelenskyy’s speech.

“If this video President Zelensky is currently playing to Congress doesn’t stir America to get more heavily involved in defeating Putin, then nothing will.

He later praised the Ukrainian leader for his emotive speech.

Piers penned: “Can’t think of many better orators or communicators in my lifetime than President @ZelenskyyUa

“So eloquent, so direct.

“Not a word ever wasted… and all delivered as he lives in constant real danger of being killed.