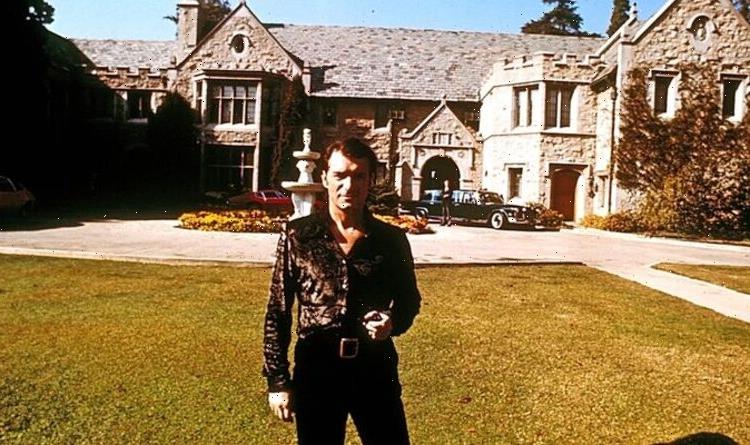 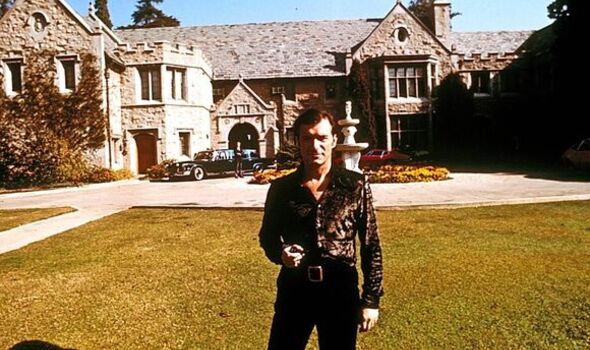 “He was a monster,” the former 1970s Playboy centrefold tells a comprehensive, new 10-part documentary, Secrets Of Playboy, which has shocked America. Garcia told me exclusively on a video call from LA, “girl after girl” was ushered up to Hefner’s lair in the mansion including “lots of under-age [in America] women, 16- or 17-year-olds”.

“Jeffrey Epstein was a choirboy next to Hefner – and he was able to do it under everyone’s noses.”

Born in Arizona, the model, now 75, was paid $5,000 in 1973 to pose in Playboy, a magazine which had been started 20 years earlier by Hefner with a relatively demure portrait of Marilyn Monroe on the cover.

“I am amazed that you and I are speaking about the centrefold so many years on,” she said.

Is she proud of the picture?

“Yes, I am. Playboy had the best photographers and they did beautiful photos,” she said.

“Of course it has evolved down the years and I wouldn’t have modelled for Playboy when it became more explicit.

“But in the 70s it was a cutting-edge moment because I was one of the first to do full frontal.”

But she has some regrets about being discovered by a Playboy scout at a beauty pageant.

“When you become a Playmate, it sort of follows you throughout your life and can be negative and positive.

But I have no problems with the photographs taken of me – they’re art. The photos are beautiful from that era.”

“At the time I thought I wasn’t. But the exploitation came later in the way the pictures were used. When I signed the model’s release I thought it was only going to be used in print, but I did not anticipate the internet coming along.

Once you get to the internet your photos can really be exploited, put on foreign sites – I had no idea.”

She added: “It was a way to earn a living, or for those who wanted to get into acting, or other forms of modelling.”

She acknowledged she has been “followed” by the pictures.

“It’s a bit of a haunting. It does affect you because people have preconceived ideas about you. It also affects your family and your friends.”

The documentary paints a hideous, chaotic picture of life at the mansion.

Hefner himself lived on a diet of Pepsi, and a “couple of pounds” of M&Ms a day.

The “legendary” parties were attended by the likes of Bill Cosby and Roman Polanski.

Hefner, the son of strict Methodist parents, died in 2017, aged 91. His death prompted a slew of allegations about the abuse of women at the mansion, which was likened to a “cult”, according to the documentary.

But many in the first episode also speak about more “innocent times” and how visitors were able to “leave their lives at the front gate”.

Garcia became director of Playmate promotions at the Playboy mansion.

“The downside of my job,” she said, “was pretty heavy when you saw some of these women become addicted to drugs.

“Their first taste of this was at the mansion, probably in orientation week, when they would meet with me there. I would tell them what was expected of them.

“Once there they could order booze and illicit drugs, and Hefner was always looking for a way to get girls upstairs. There was a lot these beautiful women had to navigate, and I did my best to help them – but nevertheless it was such a seductive environment. Think of Playboy as a drug – that’s really what it was.”

She added: “I would just say to them, ‘Be careful. Remember how you were raised’. But Hefner was too powerful.”

His then executive assistant – Mary Connor, who is now dead – was there to groom these women into slowly getting up that staircase by giving them drugs. “He made it known that if you wanted to be Playmate of the Year, you had to sleep with him.

“What went on in the bedroom was far from healthy. Hefner would mould people.”

Did she ever consider going to the police about the use of drugs? “No, I knew LAPD would do nothing. It’s shocking. A lot of things were covered up by LAPD. Hefner had a lot of control.”

She said she refused to sleep with Hefner herself. “There were three circumstances when he made his advances known and I said, ‘No!’

“I rejected him and he was very angry. It meant I missed out on being Playmate of the Year.

“But I continued to work for the magazine anyway. I was young and still had ambitions.

“I wished I hadn’t been part of the whole Playboy thing, but I was glad I was there for some women. It was my job to protect those women and I did the best I could.”

Garcia also talks about more serious sexual incidents at the mansion. “There was sexual assault going on.

“I was raped myself on one of the Playmate promotions. I was not able to tell the police about it. It was the 70s.

“He was a powerful man in television, who said to me, ‘You are wearing the bunny ears on your sweater; I’m an important TV star and I’m in your room, who are they going to believe?’

“So I had this kind of background. I knew what could happen to these girls on these ‘promotions’.”

She agreed the Playmates “became targets” for men.

“Playboy was a sexually charged brand so men would have a pre-conceived notion that you were loose, and could sleep with them and they could get away with something.

“I once had a Playboy executive outside my hotel room, begging me. He was drunk. I was very frightened.”

Garcia wrote down everything that happened to her. “I wrote it down in the form of memos. It was my only weapon. I was a memo writer and it protected me and the women I was looking after.”

She finally left the Mansion when it became “unbearable”. She explained: “I’d gotten to a point where I couldn’t stand it anymore.

“I was like a priest, like a mother confessor and I’d really heard too many terrible confessions from the girls I’d worked with.

“Too many girls had overdosed. In my resignation I said I could no longer deal with the exploitation of the Playmates.”

Garcia said she would like a day in court.

“I’d love to think of a reason to do it. One thing would be that our photos were used for things that we hadn’t approved.

“I also think about the model’s release and the extra money we should be entitled to when the internet came along. I would like an attorney to come along and fight our case.”

Since the series Playboy has released a statement, shown in the film, saying they are “no longer associated with the Hefner family”.

I asked Garcia what she would say to Hefner if she faced him now. Garcia paused, before saying firmly: “We got you, you b******! Hefner destroyed so many women.”