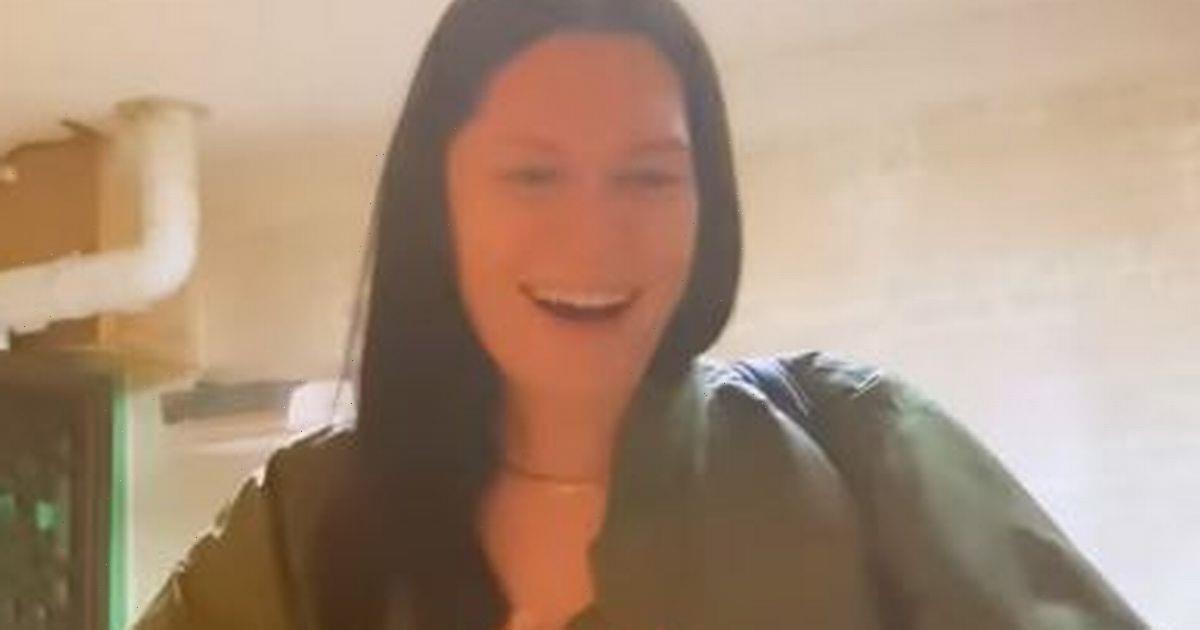 Jessie J looked utterly hocked on social media after she was surprised by her friends just days after announcing she was expecting her first baby.

Jessie, who was snapped last week enjoying a stroll with her boyfriend, is currently awaiting the birth of her baby after a devastating miscarriage back in 2021.

On Monday, the Bang Bang singer shared a touching video with her 12.4 million followers while admitting that “no one ever surprises me.”

In the caption, Jessie, 34, penned: “Straight off an 11 hour flight. Running on zero sleep.

"Decided to head to one of my favorite restaurants. I had no idea. No one ever surprises me. Thank you."

“Coming home pregnant after 4 months away is just magical and last time I was here it was for 2 days between touring. These and belly rubs are the best," she added.

She concluded the caption by saying her heart is full and her friends deserve a gold medal.

In the video, Jessie kept things comfortable in a green bomber jacket and a black top as she reunited with her friends.

As she walked into the dining room, the singer’s face dropped in disbelief as her friends cheered and shouted in the background.

Reacting to the touching moment, one fan wrote: “You deserve every bit of happiness, babe.”

“I'm so happy for you my love, YOU DESERVE ALL THE LOVE IN THE WORLD you are going to be an amazing mother,” another said, as Pixie Lott and James Bond actress Lashana Lynch commented with love-heart emojis.

Earlier in January, Jessie joined the likes of Stacey Solomon and Molly-Mae Hague as she announced that she was expecting, alongside images of her ultrasound.

At the time, she wrote: “I am so happy and terrified to finally share this…Please be gentle with me. Honestly, ya girl just wants to ugly cry in public in a catsuit eating a chocolate covered pickle with no questions asked.”

Since then, the Price Tag singer has posted a flurry of pregnancy pictures to her social media and on one occasion, was applauded for a very candid morning sickness compilation.

In another moment, Jessie hit back at the haters who commented on what she should and should not be doing during the pregnancy.

"I can only speak on the first trimester fully and I believe that however s*** or amazing or joyful it is. Gratitude is always there as a given. But we are allowed to feel. We are allowed to do it however WE want."