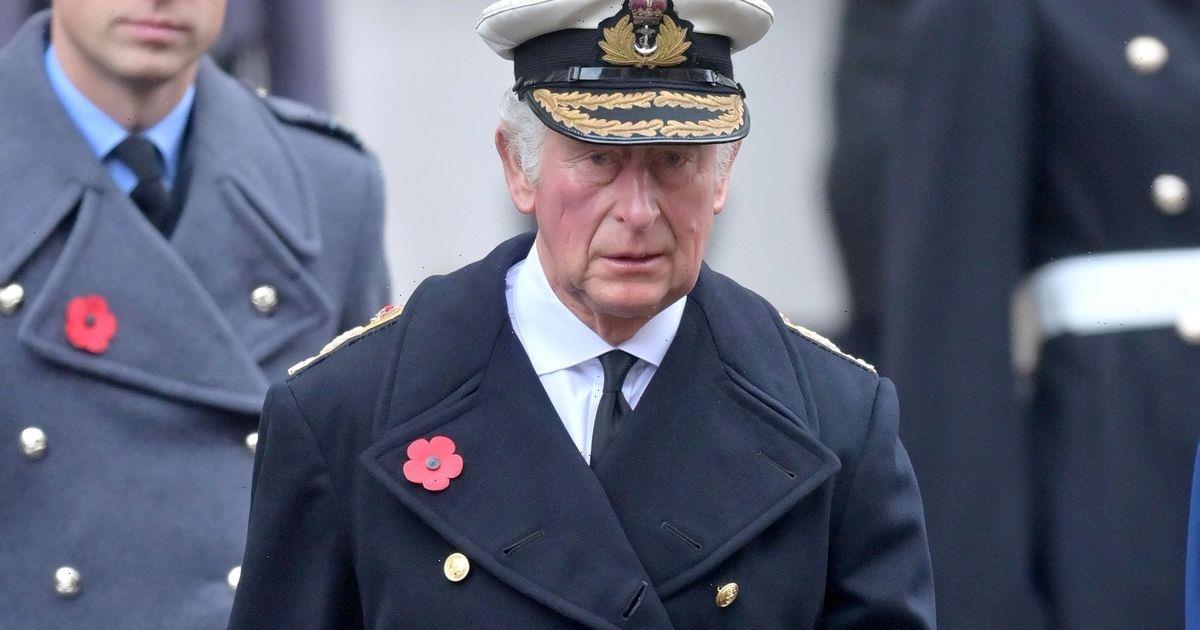 Prince Charles has laid a wreath on behalf his mother The Queen at the Cenotaph on Sunday 14 November.

The Prince of Wales, who turns 74 today, attended the service alongside his wife Camilla, son Prince William and Kate Middleton alongside a number of members of the Royal Family at the annual event, to remember those who had fallen in war.

Others in attendance included The Earl and Countess of Wessex, The Princess Royal and Vice Admiral Sir Time Laurence, The Duke and Duchess of Gloucester, The Duke of Kent and Princess Alexandra.

The Royals were present alongside Prime Minister Boris Johnson, MPs, soldiers and veterans at the annual Remembrance Sunday event to commemorate the war dead.

Queen Elizabeth, 95, was scheduled to attend but was "disappointed" as she was forced to cancel at the last minute after spraining her back.

Buckingham Palace announced the news in a statement which read: "The Queen, having sprained her back, has decided this morning with great regret that she will not be able to attend today's Remembrance Sunday Service at the Cenotaph.

"Her Majesty is disappointed that she will miss the service."

He tweeted: "It’s understood the Queen would not be able to make the car journey from Windsor because of her back sprain. Nor could she stand for the period of time required at the Foreign Office for the Remembrance Sunday service."

Chris added: "We are not being told how the Queen sprained her back, but it is a recent injury – and an additional medical concern to the one which forced her to cancel Northern Ireland trip and her attendance at @COP26".

Last month the Queen stayed in hospital for the first time in eight years and cancelled a trip to Northern Ireland.

She was said to be "disappointed" at having to cancel her trip, but was given medical advice to rest after she was discharged from hospital on Thursday 21 October following an overnight stay.

A Buckingham Palace spokesperson said at the time: "Following medical advice to rest for a few days, The Queen attended hospital on Wednesday afternoon for some preliminary investigations, returning to Windsor Castle at lunchtime today, and remains in good spirits."

She has since cancelled a number of royal engagements, following medical advice for her to rest.

For more on the Royal Family, sign up to our daily newsletter here