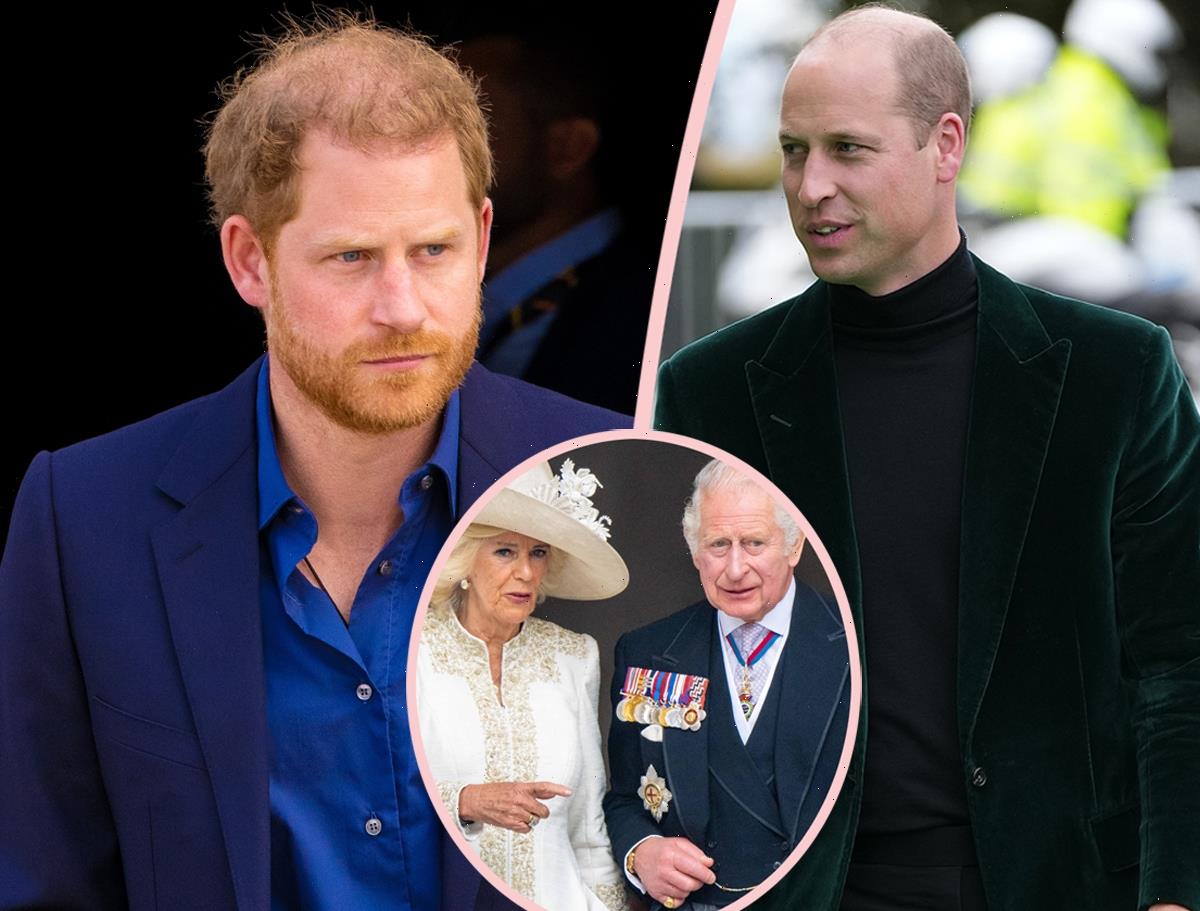 Prince Harry and Prince William weren’t fans of King Charles III getting hitched again after their mother — so much so that they pleaded to stop it from happening!

The 74-year-old monarch married Camilla Parker Bowles in 2005 after divorcing Princess Diana. However, they were together long before their public romance! Di infamously blamed Charles’ relationship with Camilla for the end of their marriage, saying in a 1995 BBC interview that “there were three of us in this marriage, so it was a bit crowded.” So given that William and Harry witnessed how the affair caused their mom such pain before her tragic death in 1997, it would be understandable if the brothers weren’t willing to accept Charles and Camilla’s relationship.

While Harry has been tight-lipped about Camilla over the years, it appears he’s done holding back his feelings on the Queen Consort in his upcoming book, Spare! According to Page Six, Harry recalls how the brothers felt about her — and particularly how Will was hurt after learning the rumors of the affair were true:

“I remember wondering… if she would be cruel to me; if she would be like all the evil stepmothers in the stories. Willy had been suspicious of the Other Woman for a long time, which confused and tormented him. When those suspicions were confirmed, he felt agonizing remorse for not having done or said anything before.”

The 38-year-old shockingly revealed that both he and Will begged their father not to marry her! However, Harry said Charles refused to listen to them:

“Despite Willy and me urging him not to, Pa was going ahead.”

In the end they did the mature thing though:

“We pumped his hand, wished him well. No hard feelings. We recognized that he was finally going to be with the woman he loved, the woman he’d always loved. Fate might’ve intended for him in the first place. Whatever bitterness or sorrow we felt over the closing of another loop in Mummy’s story, we understood that it was besides the point.”

We wonder if Camilla ever knew they had urged Charles not to marry her — you know, before the reluctant well-wishes…

Of course, not all the stories in Spare have such cordial endings. For instance, Harry and William getting into a heated fight over Meghan Markle… or the Prince of Wales and Princess Catherine AKA Kate Middleton getting some blame for pushing Harry to wear that Nazi costume! Oof.

It’s hard to imagine how the fam will repair their relationship in the future after the bombshells dropped before the memoir’s release! But in order to move towards reconciliation, the family needs to discuss everything that’s happened between them — and that’s exactly what Harry wants!

In fact, it sounds like he won’t even commit to attending King Charles’ coronation in May until they all have a family sitdown! When asked by Tom Bradby if he would attend the celebration in a trailer for an upcoming ITV interview, Harry explains:

“There’s a lot that can happen between now and then. But, the door is always open. The ball is in their court. There’s a lot to be discussed and I really hope that they’re willing to sit down and talk about it.”

We’ll see if that happens, but a sit-down conversation might be just wishful thinking at this point! You can ch-ch-check out that interview teaser (below):

Reactions, Perezcious readers? Let us know in the comments below!