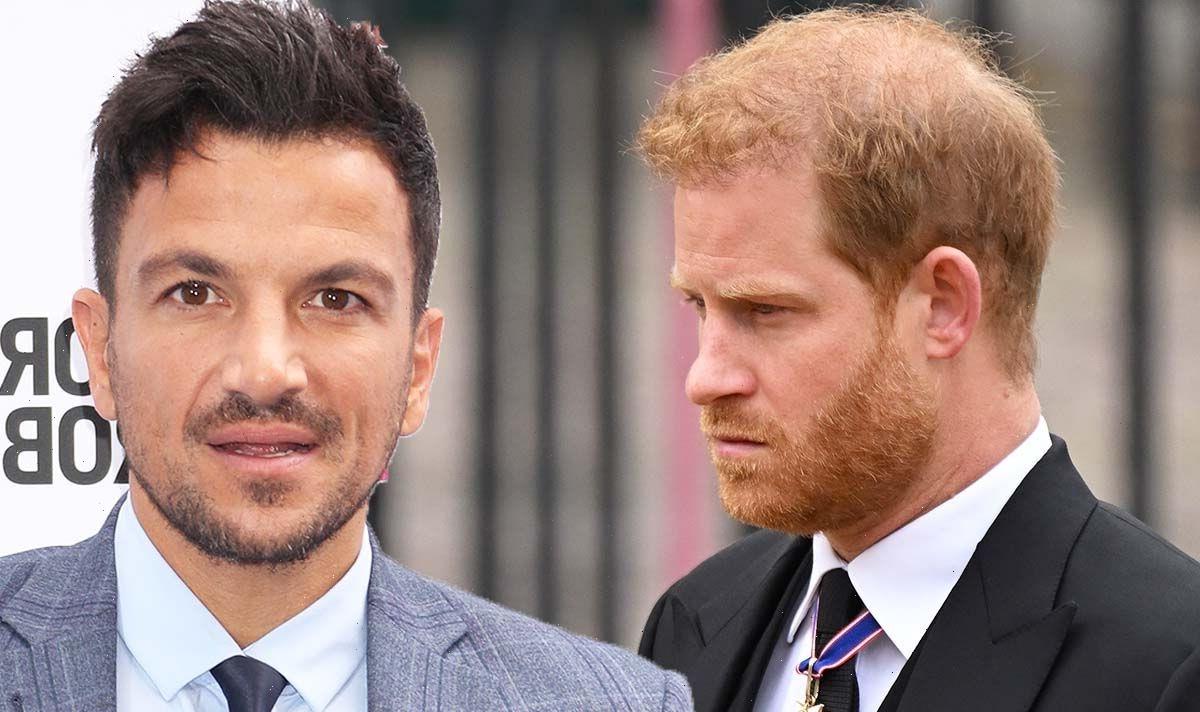 Prince Harry, 38, continues to spark debate with his tell-all book, Spare, which has seen well-known faces weigh in on his claims about the royals. The latest celebrity to speak out about the book was Peter Andre, who said he will be “boycotting” the memoir as the Duke of Sussex “trashed” the Royal Family.

Peter said he is “not sure” he will be reading the book as the claims make him “so sad”.

He said: “I’m sure there are some bits that Harry genuinely means and that he’s traumatised by some things but to continually throw your family under the bus just does not sit right with me, especially after only recently losing the Queen and Prince Philip.”

He added to Mirror.co.uk: “There are other ways of dealing with trauma than publicly trashing your family.”

Following its release, the father-of-two demanded an apology from the Firm for the treatment of his wife Meghan Markle.

Speaking to the Daily Telegraph, Prince Harry said: “You know what you did, and I now know why you did it.

“And you’ve been caught out, so just come clean and then we could all move on.”

During his interview with The Telegraph’s Bryony Gordon, Harry added that “if people had listened” when he first expressed his concerns, they would not be in this position.

He added: “That’s the saddest part about it – it was all so avoidable. But they just couldn’t help themselves.”

But Harry has also seen some support, with rugby legend James Haskell defending the Duke during an interview with Piers Morgan on his TalkTV show Uncensored.

James explained to Piers: “If you take that to the point, in his position you very rarely get to tell your story without a journalist interviewing you.

“You and I are on TV today right, this could be edited up and bits of it could be altered, or if you were doing a written interview your interpretation is written out, not what I actually said.

“So I feel that he has written this book as a way of going ‘look, regardless of what happened, this is what I feel’.

“I am not saying whether it is true or not, I have no comment, I don’t really care to be honest with you.

He added: “But I am saying, he has put this out there to go, ‘This is my version, I finally got an opportunity to speak’.”

In the book, Harry claimed he was frustrated that Prince William broke a brotherly tradition before his wedding to Meghan Markle in 2018.

The night before his wedding, the Duke stayed at the Coworth Park Hotel and was joined by pals for drinks at a private cottage, but his brother was missing – allegedly breaking their promise to have dinner together before their wedding.

In his book, the Duke said: “Someone asked about my brother. ‘Where’s Willy?’ I gave another non-answer. Another sore subject. He’d been scheduled to join us for the evening. But, like Meg’s father, he’d cancelled last minute.”