The Duke and Duchess of Cambridge have revamped the living room in their main residence in Kensington Palace.

MORE: Prince William releases important message on what would have been Princess Diana’s 61st birthday

On Saturday, Prince William met with New Zealand prime minister Jacinda Ardern in Apartment 1A, the historic London property in which the pair spend the majority of their time with children Prince George, Princess Charlotte and Prince Louis. The Palace released a photo to mark the occasion, revealing that the royal couple have made some subtle but significant changes to the home’s reception room since members of the public last saw it.

WATCH: Inside the royals’ most lavish homes

Royal fans last got a glimpse inside the stunning room when the Cambridges hosted former US president Barack Obama and his wife Michelle in 2016, and it seems that six years on they have decided to make some subtle but significant changes to the room’s decor.

At the time, the room was shown to have a neutral colour scheme, with two matching cream sofas, an array of light-coloured armchairs for visitors and a large octagonal ottoman in the centre of the room that was also finished in a cream fabric with intricate gold detailing. 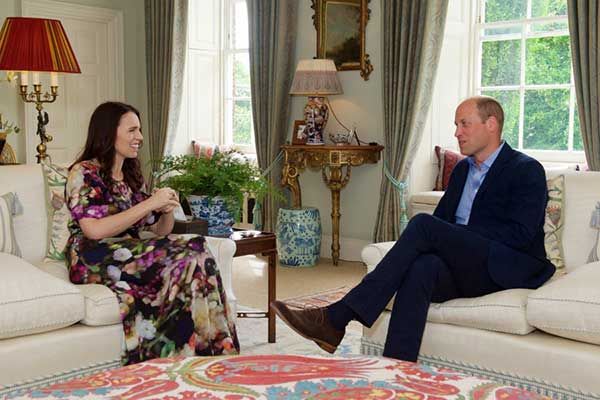 As revealed in the newly released photo, since that visit William and Kate have had the ottoman reupholstered, and it now sports a much brighter floral print in the colours red, green, blue and yellow. 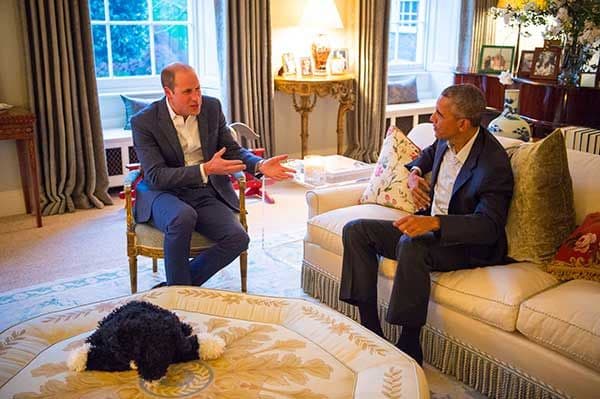 The Cambridges last shared a glimpse inside the room in 2016

The much more vibrant centrepiece not only adds a splash of colour to the room but brings out the red accents in the room’s lampshades and floral print cushions that remain unchanged since the last time it was photographed.

The room is finished with beautiful ornaments such as candles and vases, while traditional artwork hangs in ornate gold frames on the walls. Dotted around the room are framed family photos which have also been swapped out in the intervening years.

In addition to the apartment at Kensington Palace, Kate and William also have a second home at Anmer Hall in Norfolk, as well as a cottage on the Queen’s Balmoral estate.