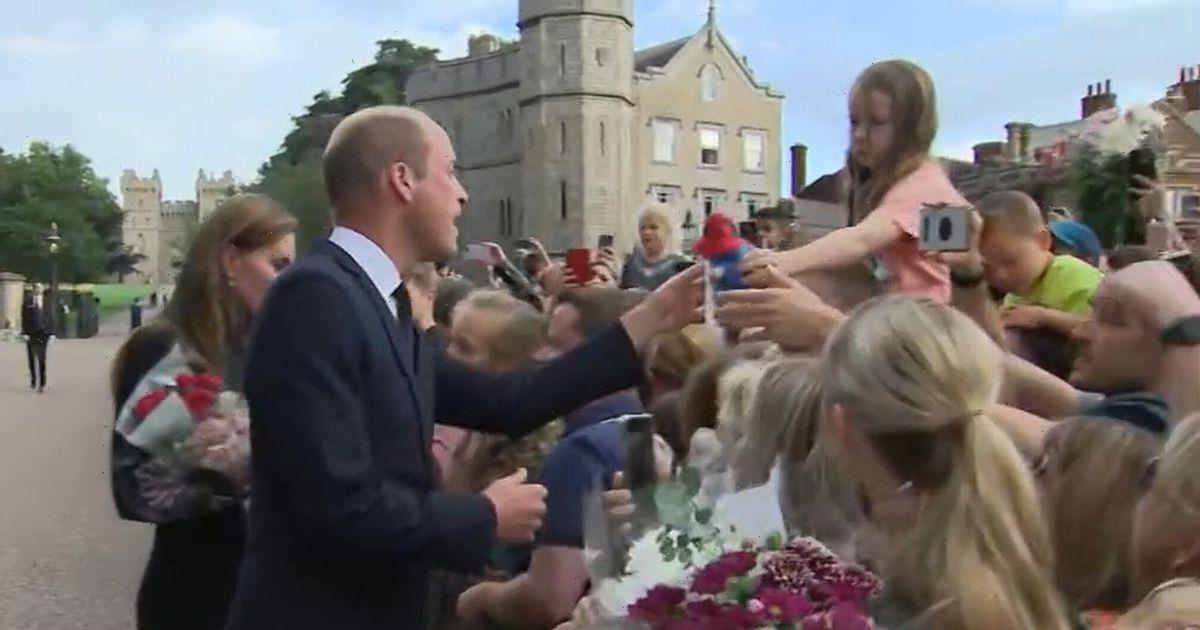 A young royal fan has warmed the hearts of the nation, as well as Prince William's, after she gifted a mini Paddington Bear to the new Prince of Wales.

The young girl was among the many who gathered outside Windsor Castle to mourn the Queen's passing and offer condolences to the royal family.

Joining Prince William, 41, was his wife Princess Kate and the Duke and Duchess of Sussex, Harry and Megan, as the quartet met with well-wishers in London on Saturday evening (10 September).

The adorable moment was captured by Sky News and saw Prince William chatting with the crowd before the girl passed him the bear, who famously did a skit with the Queen ahead of the Platinum Jubilee Celebrations.

After accepting the gift, Prince William can be heard saying "it is so sweet," of her.

He then asked: "Is that going over there or do you want me to keep it?"

The young royal fan then confirms to the Prince she'd like him to keep it.

The gesture clearly touched the Prince as he informed the girl he knew a special someone, namely his eldest son George, who he said would really appreciate the teddy.

He told her: "I might give it to George, thank you very much."

The Paddington Bear theme has been common amongst mourners with some even leaving marmalade sandwiches lay among the floral tributes directly outside the gates of Balmoral on Sunday morning.

One sandwich was seen inside a ziplock bag, which read: "A marmalade sandwich for your journey ma’am."

Cameras also picked up Prince Harry sharing a touching moment with royal fans as he confessed to them he now found it very "lonely" without her.

He was heard adding: "Every room she was in, we felt her presence throughout."

The Prince's were joined by their wives and with it, it saw the reunion of the "fab four" as they were once commonly known as.

According to Prince William's spokesperson, it was the now Prince of Wales who offered the olive branch to his younger brother.

Their latest public appearance seems to bury the speculation that the two couples had fallen out.

In his first address to the nation, King Charles III even expressed his "love" for Prince Harry and Meghan.

He stated he wished to "express my love for Harry and Meghan as they continue to build their lives overseas".