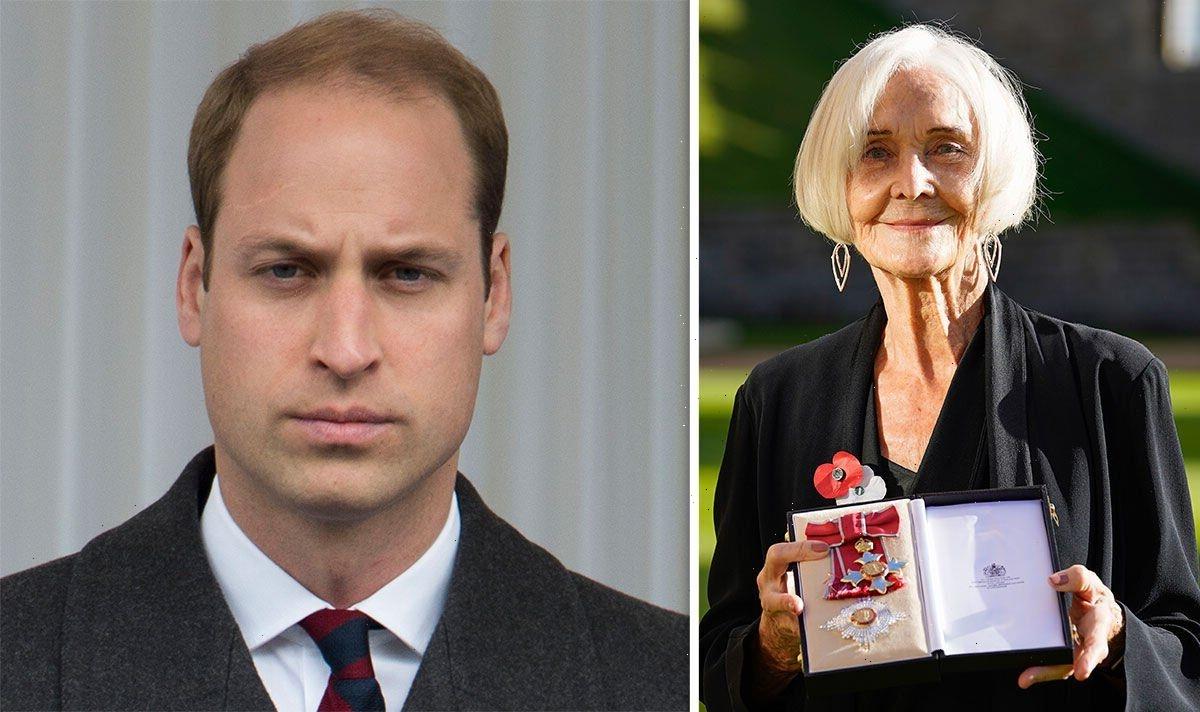 Sheila Hancock has revealed what it was like to receive her damehood from Prince William last November. The Doctor Who actress, 89, said the prince appeared to be “a little bit scared”.

The ceremony took place in Windsor at the end of 2021, having been delayed due to lockdown.

Sheila, who has been an actress for more than 60 years, received the honour for services to drama and charity.

But the modest star joked she was certain they “must have got the wrong person”.

She went on to describe the event as an “enchanting day”.

“Prince William was a little bit scared because he hadn’t done it for two years,” she said.

“But it was all so gentle and friendly, and everybody was treated with respect. I thought it was lovely.”

Sheila added that she loves “a parade, carriages, jewels and all that”, though she feels she ought to be “anti-royal” because she is a “leftie”.

“I think I probably was when I was young, but I’m not now,” she told the Radio Times.

“To have this little woman who is just herself rather than pretending to be something [like some of our politicians] is amazing, isn’t it? Let’s pat her on the back.”

The Doctor Who star also took aim at the UK government, not holding back as she made her thoughts clear.

“I couldn’t be more angry to see what sleaze is going on in our politics,” she said.

“I think, dear God, all the things that I’ve been brought up to trust have failed us. Government is a lying, cheating machine now.”

The Cabaret star also opened up on how she stays fit and healthy, ensuring she goes to the gym once or twice a week.

“I go if my shoulders or legs are dodgy. I never know whether it’s just because I’m getting old or I’m having a flare-up,” she admitted.

“But I also injured my back and they discovered an osteoporosy thing, so all told, I’m drugged up to the eyebrows.”

In a recent appearance on The One Show, Sheila confessed she felt she did not deserve the honour of a damehood.

She revealed she had “always suffered” from imposter syndrome.

“I’m a working-class girl, and in my day you were considered a bit above yourself if you talked out of turn and little girls should be seen and not heard and all that,” she said.

“And then after the war and being bombed and being evacuated and a lot of bullying went on so I became very fearful.

“And I think the rest of my life I’ve been pretty fearful.”