Prince George may be the eldest of the Cambridge children, but Princess Charlotte, who is two years younger than him, often watches over him – and on Sunday she did just that whilst they appeared on the balcony of Buckingham Palace.

MORE: What Princess Charlotte said to Prince George on the Jubilee balcony – and it’s really cute!

As the National Anthem began to play, and the royals positioned themselves, Princess Charlotte was quick to notice that her brother was not standing correctly, and was quick to discreetly tell him.

WATCH: Princess Charlotte comes to her brother’s aid during appearance on balcony

“Arms behind you, George,” she can be heard telling her eldest brother, who had his hands resting on the balcony edge.

Prince George then quickly corrected his posture before singing the anthem along with his two siblings. 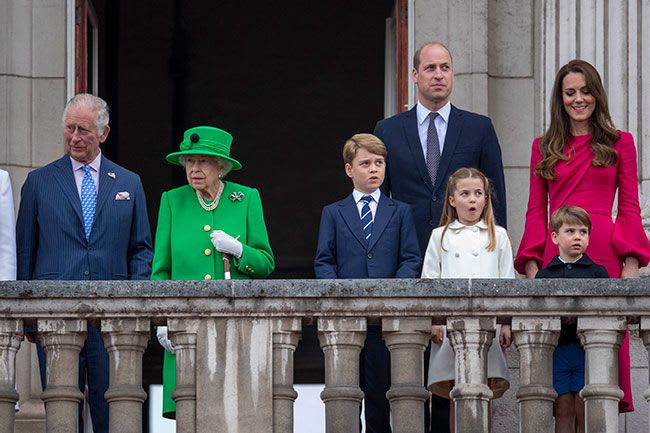 During their three-minute appearance on the balcony, royal fans also got to see four-year-old Prince Louis perfectly singing God Save The Queen.

While the cameras initially panned on the rest of the family, it then showed the four-year-old singing the end of the first verse. 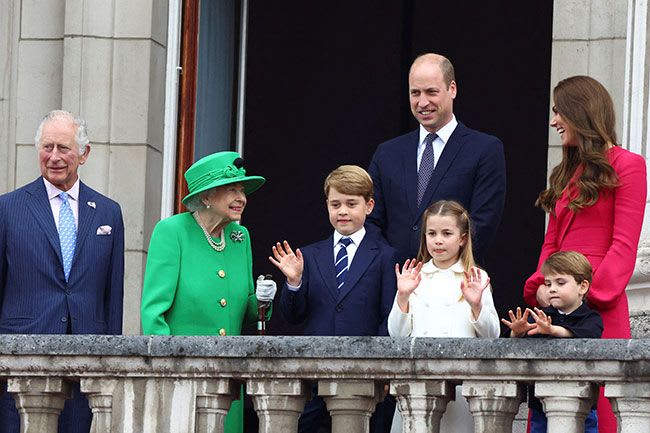 The Queen was joined by the Cambridges, Prince Charles and the Duchess of Cornwall

“Happy and glorious, Long to reign over us, God Save the Queen,” he could be seen singing.

The youngster was perfectly behaved during his three-minute appearance on the balcony, although just as the National Anthem was about to begin, his curiosity got the better of him, and he leaned forward to look down from the balcony, with his mum, the Duchess of Cambridge, quickly pulling him back.