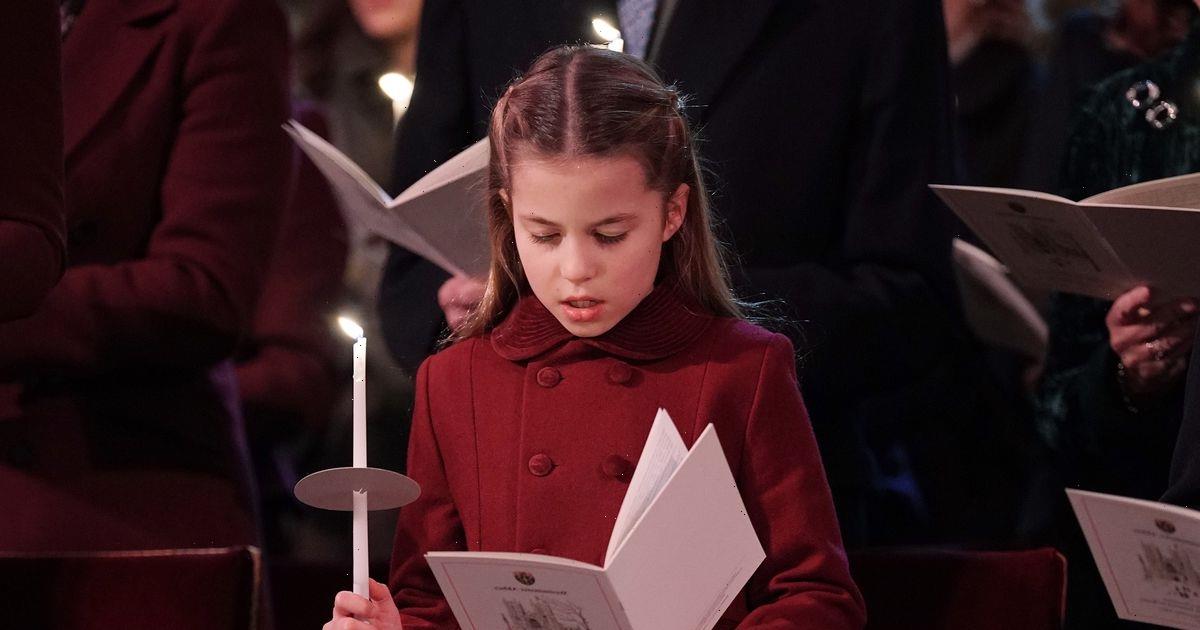 Princess Charlotte had an adorable reaction to a special tribute to the late Queen Elizabeth as a snippet from a Paddington Bear book was read out to the audience of the royal carol service on Saturday night.

Kate Middleton was the host of Royal Carols: Together at Christmas which took place in Westminster Abbey and aired on ITV on Christmas Eve, after being recorded on December 15.

The service was dedicated to the late Queen, who passed away on 8 September earlier this year, and the Royals are today spending their first Christmas together at Sandringham without the late monarch.

The service included several nods to the late Queen, including one moment which made 8 year old Charlotte's face light up with joy – the reading from one of the Paddington Bear books.

Actor Hugh Bonneville, who plays Henry Brown in the Paddington films, was the person given the honour of reading from the book, standing in front of a tree with tiny little teddies of the famous bear.

Charlotte's face lit up with joy when she heard what was being read and she quickly turned to her mum to share her excitement.

Kate was then seen looking down to her daughter and smiling at her.

Fans loved the little princess' reaction to the reading and described her as "adorable" and "priceless".

One Twitter user said: "Princess Charlotte's excitement when she heard the words 'Paddington Bear' was priceless!"

Another person said: "I don’t cope well at Christmas and usually shed alot of tears but it did warm my heart seeing little Princess Charlotte singing happily away to Away in a Manger and getting excited over the letter from Paddington Bear.

"Thank you Charlotte for making me smile x @KensingtonRoyal"

A third person said: "A Christmas letter from Paddington Bear! The look on Princess Charlotte’s face was just adorable. At last it feel like Christmas."

Hugh read the 'Christmas Letter' to the congregation from Paddington's Christmas Post, as music played int he background.

He begun by saying: "Dear Aunt Lucy, Today it was Christmas Day, and something wonderful happened!

"You'll never believe it but Mr Claus gave me a ginormous jar of homemade marmalade. I couldn't think how he guessed it was my favourite kind."

In the beginning of the programme, Kate was also seen showing a never-before seen photo of the late Queen as she was performing during the second World War.

Royal Carols: Together At Christmas was filmed on December 15 in front of an audience of more than 1,800 people at Westminster Abbey and was narrated by Welsh actress Catherine Zeta-Jones.