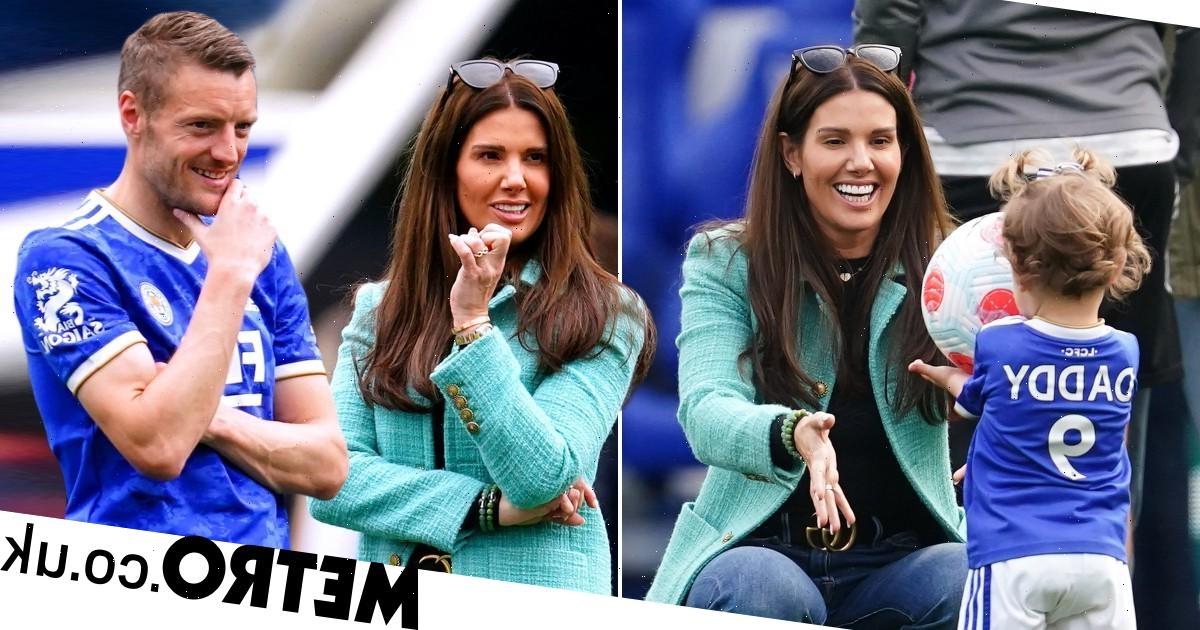 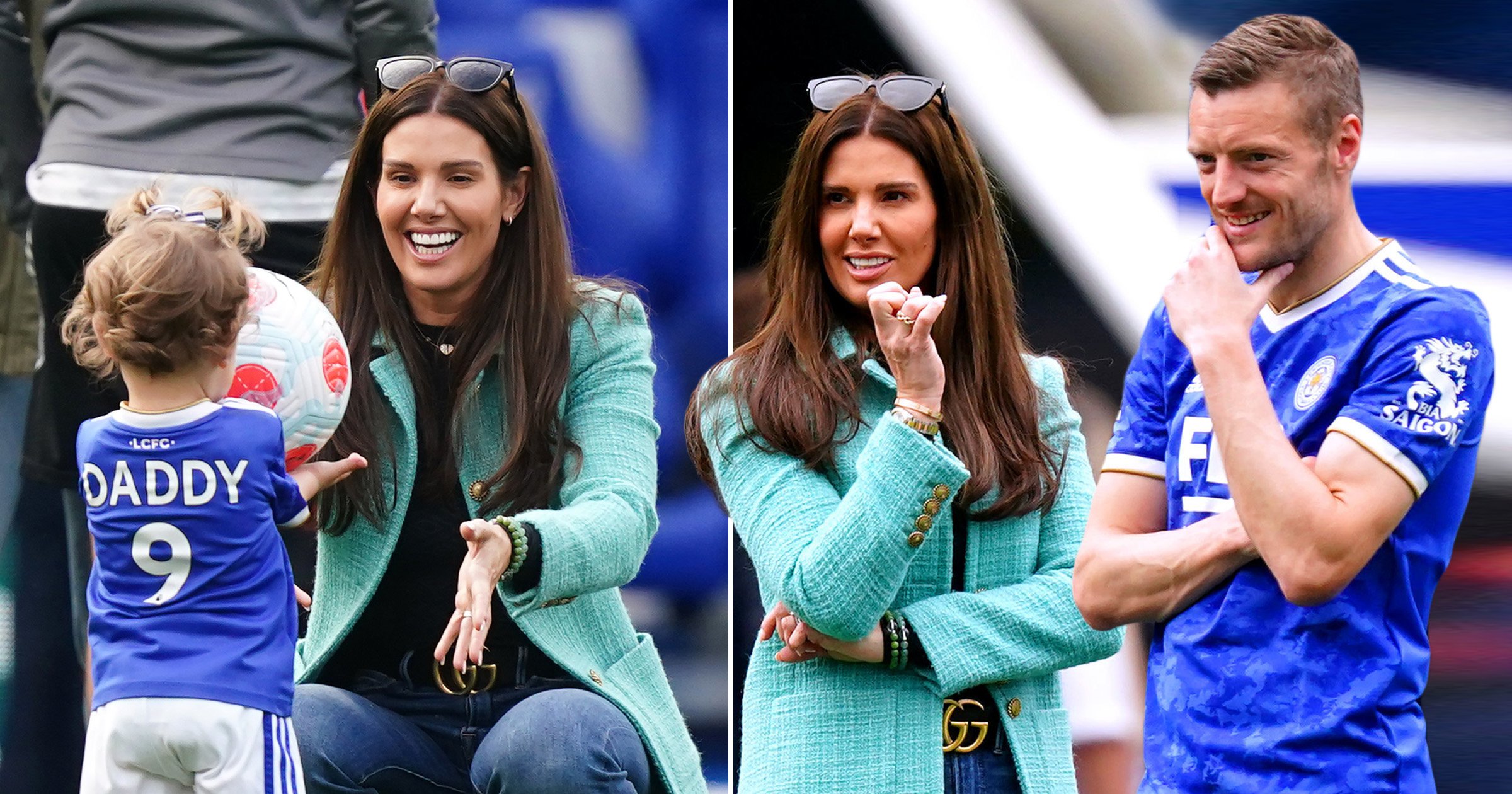 Rebekah Vardy and her husband Jamie have been spotted beaming alongside their daughter Olivia following Leicester City’s match against Southampton days after the ‘Wagatha Christie’ trial against Coleen Rooney concluded.

The pair had plenty of reason to celebrate after Leicester City’s 4-1 win at the King Power Stadium, the home of Vardy’s team.

Donning a pair of flared trousers with a black top and green jacket, Rebekah, 40, looked in high spirits as she played with her daughter Olivia, one, who adorably donned a tiny Leicester kit, with ‘Daddy’ emblazoned on the back.

The mum-of-five looked delighted as Olivia played with a football, seemingly following in her dad’s footsteps.

Meanwhile, Jamie, 35, spent some quality time with his wife and daughter after the match, picking up Olivia and chatting away to Rebekah.

The couple were also seen sharing a hug after the game.

Rebekah seems to be shrugging off the case after she reportedly left the court in tears on Thursday, as she and Coleen await the verdict.

However, she’s had a lot to contend with, after her ex-husband Steve Clarke denied having any involvement in the infamous interview in which she referred to Peter Andre’s ‘chipolata’.

During her tense High Court libel battle with Coleen this month, Rebekah was quizzed about a newspaper interview she once gave to the News of the World about her alleged sexual encounter with Andre.

In the interview, Rebekah made disparaging remarks about Peter’s penis and compared it to a ‘miniature chipolata’.

While giving testimony in the witness box, the former I’m A Celebrity… Get Me Out Of Here star alleged: ‘I was forced into a situation by my ex-husband to do this. It is something that I deeply regret.’

However, Rebekah’s ex-partner Steve has vehemently denied having any involvement in setting up the interview or pushing Rebekah to do so.

‘Becky said to me, “Oh look, I should tell them about Peter Andre”,’ Clarke told the Mail On Sunday, recalling the moment Rebekah saw a News of the World request looking for people with stories about contestants in an upcoming series of I’m A Celeb.

He continued: ‘I asked her why she would want to do that and she replied that it would be a bit of money for her and it would be funny. I told her she should do whatever she wanted to do.’

In a viral social media post in October 2019, Coleen, 36, said she had carried out a ‘sting operation’ and accused Rebekah of leaking ‘false stories’ about her private life to the press.

The wife of former England star Wayne Rooney publicly claimed Rebekah’s account was the source behind three fake stories she had posted on her private Instagram account.

Rebekah denies leaking stories to the media and is suing her fellow footballer’s wife for libel, while Coleen is defending the claim on the basis her post was ‘substantially true’.