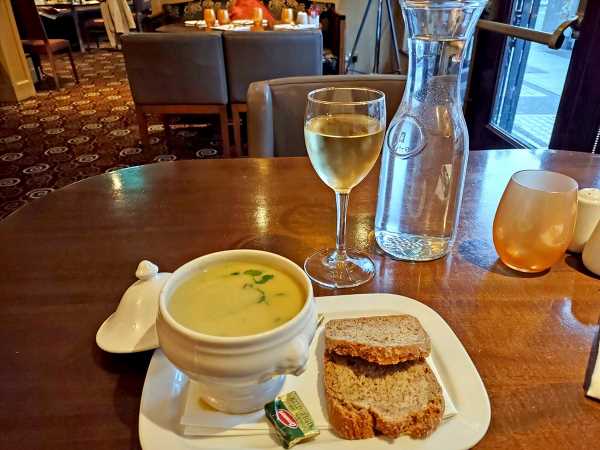 It was hard to not resist stopping by at the cosy, inviting Toddy’s, attached to the gracious old Gresham hotel, now Riu Plaza, for a bowl of soup on a cold rainy evening, walking home on an empty stomach, after a day spent in the hospital in Dublin, Ireland, where my daughter lives.

Cream of Potato and Leek Soup was the day’s soup. It was fairly inexpensively priced and came beautifully served, with soda bread on the side. The soup was filling and warming. A few days later I recreated the soup at home with good results. If unable to locate leeks, substitute the half stalk of leek with 3 spring onions with the bulbs.

For vegan soup use coconut milk instead of milk or cream. And opt for cashew butter instead of butter.

For a Jain or less carb version of this soup, use a head of cauliflower instead of potatoes. Skip the onions and garlic in a Jain adaptation as well. 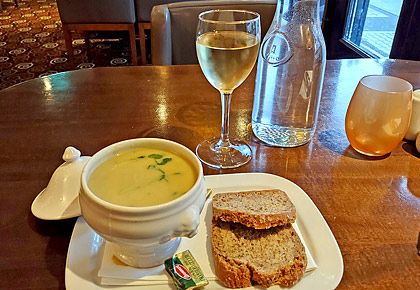