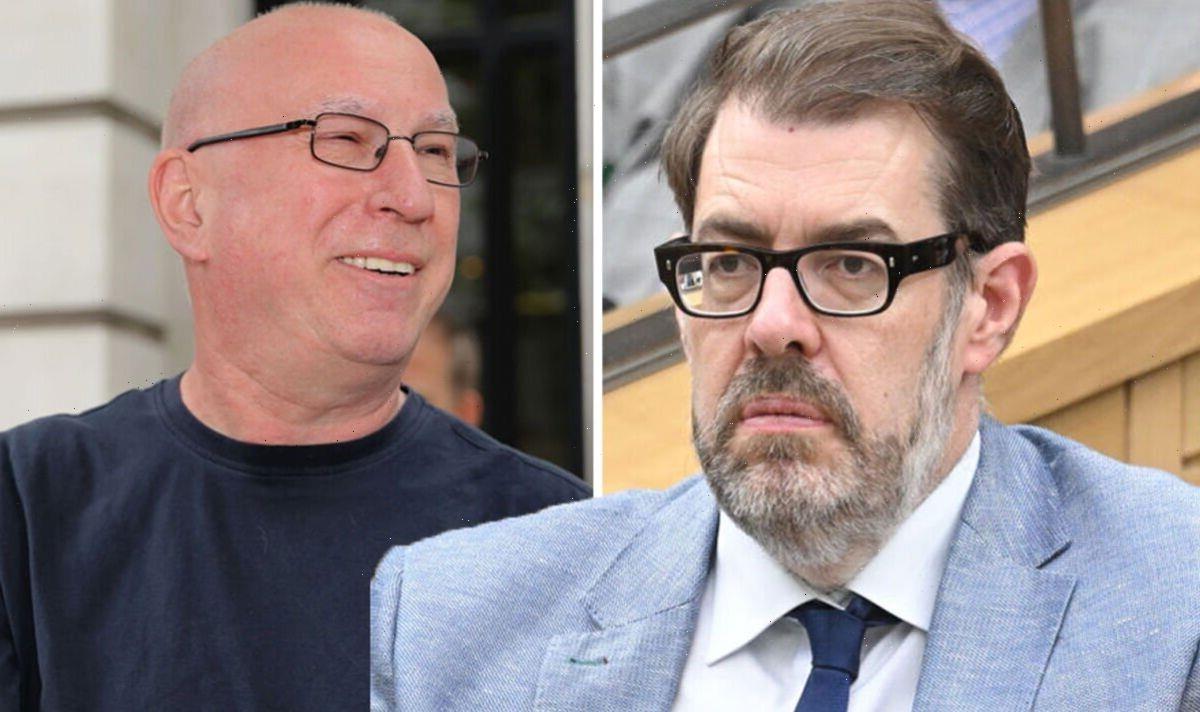 Veteran broadcaster Ken Bruce announced he would be stepping down from his role on Radio 2 after three decades at the station. The presenter, 71, shared the news earlier this week confirming his move to Greatest Hits Radio.

Former Pointless presenter, Richard Osman, 52, took to Twitter and shared who he believed could potentially take the reins of Ken’s weekday mid-morning show.

Taking to Twitter, he penned: “Liza Tarbuck for Ken Bruce. That would be my call.”

Celebrity pals flocked to comment on the post with some people agreeing with his recommendation while other social media users claimed they had “switched off”.

Musician Joan Armatrading wrote: “I can’t believe Ken is going but if it has to be then Yup. Love Liza.”

Kate Thornton added: “Me too x.”

Greatest Hits Radio joined the conversation, tweeting: “We’d take Ken any day! We can’t wait for him to join us from April 3rd!”

But some listeners suggested they already planned to “switch off” Radio 2 following Ken’s departure.

Mikea wrote: “No matter who takes over from the magnificent Ken Bruce, they will be under instruction to play soundtrack from an Ibizan rave.

“I’m not a fan of commercial radio as adverts annoy me but enough is enough. Time for a change. RIP Radio 2.”

Jacqueline tweeted: “Sorry but no, I really will leave radio 2 entirely!

“No Steve Wright or Ken Bruce in my week is too much already, not warming to Scott, I can only tolerate small dose before switching Liza off.”

Western Wanderer penned: “I don’t care who replaces Ken. His was the last decent show on Radio 2. Plenty of other stations with great presenters, starting with Ken when he moves to Greatest Hits Radio.”

Simon added: “Big shoes to fill. Liza would be a great shout. Affable, popular, great at links etc though without being to sycophantic I truly think you would be a good replacement too. If that was a direction you fancied for a few years.”

Liza, who is the daughter of comedy legend Jimmy Tarbuck, presents her own show on Radio 2 on Saturday evenings.

“I have decided the time is right for me to move on from Radio 2,” he said, adding he’d had “a tremendously happy time” but it was “time for a change”.

Other popular presenters who have also left the station in the past year include Paul O’Grady and Vanessa Feltz.