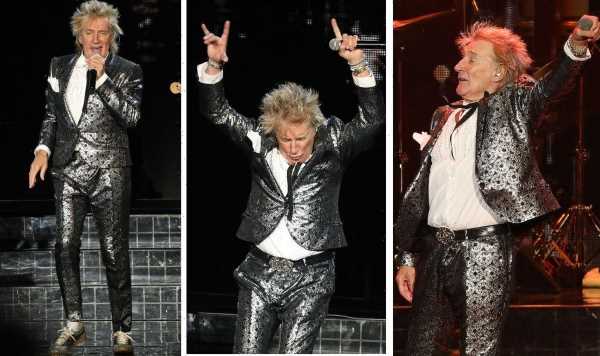 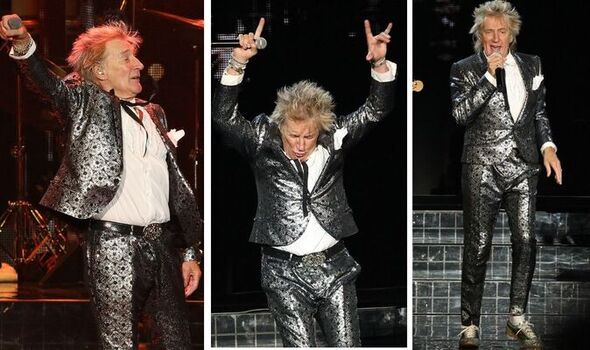 Rod Stewart on stage in Canada

Rod Stewart, 77, showed the world he’s still got what it takes when he brought out all of his best moves while performing in Toronto last night.

The husband of model Penny Lancaster stunned in a sparkling suit as he took the stage by storm.

He combined his white shirt with a sparkly silver trouser suit and matching sequin trainers.

The star is being accompanied on his North American tour by his wife Penny.

The pair were seen out together enjoying a meal at luxury hotel The Ned NoMad in New York last week, along with two of Rod’s sons and Penny’s niece. 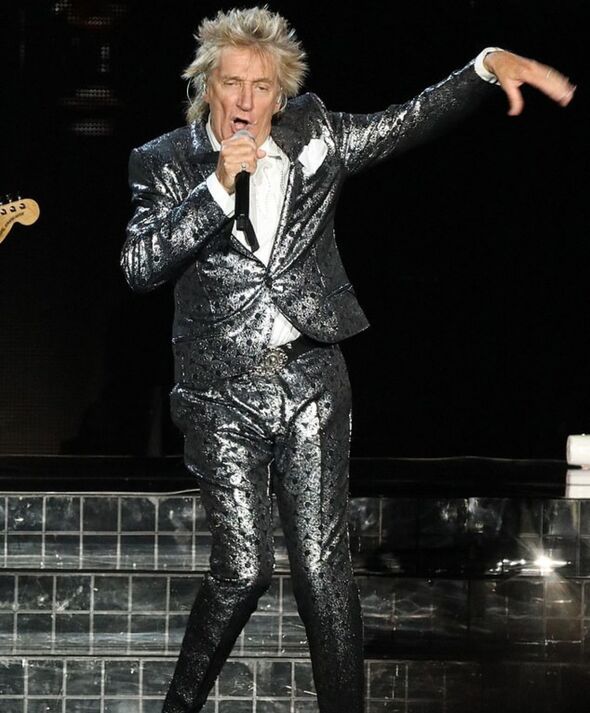 Rod Stewart put on a fiery stage performance as he rocked a shirt with flames embroidered on it, plus a silver metallic suit 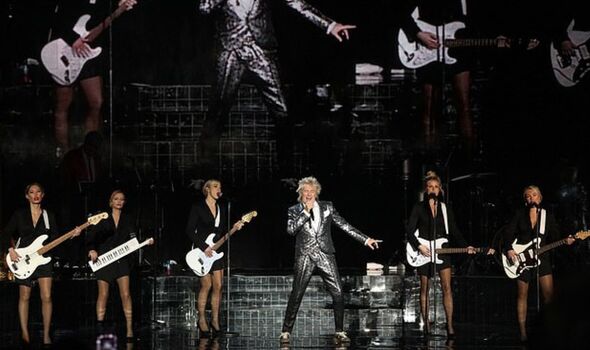 Rod Stewart with his female crew

Rod Stewart was singing alongside his accompanying female entourage, who helped him deliver an explosive show 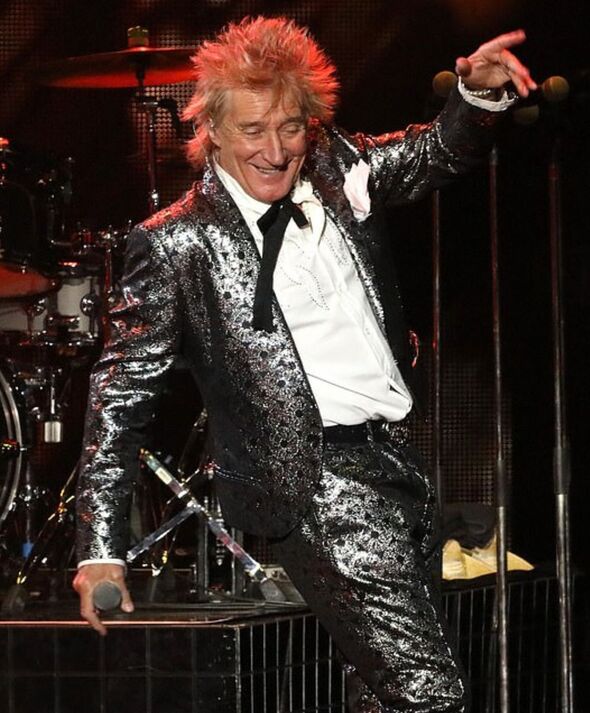 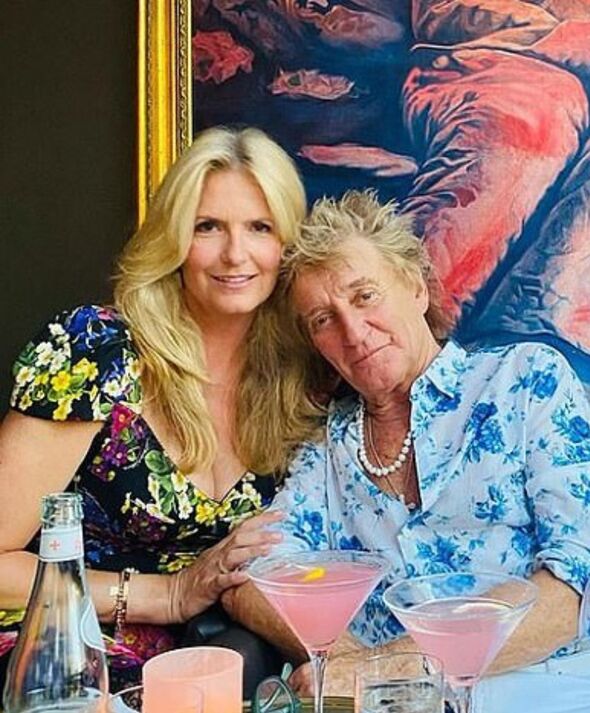 Rod Stewart has been interrupting his fast-paced concert schedule only to enjoy a little downtime with family, including his wife Penny Lancaster, with whom he dined publicly last week 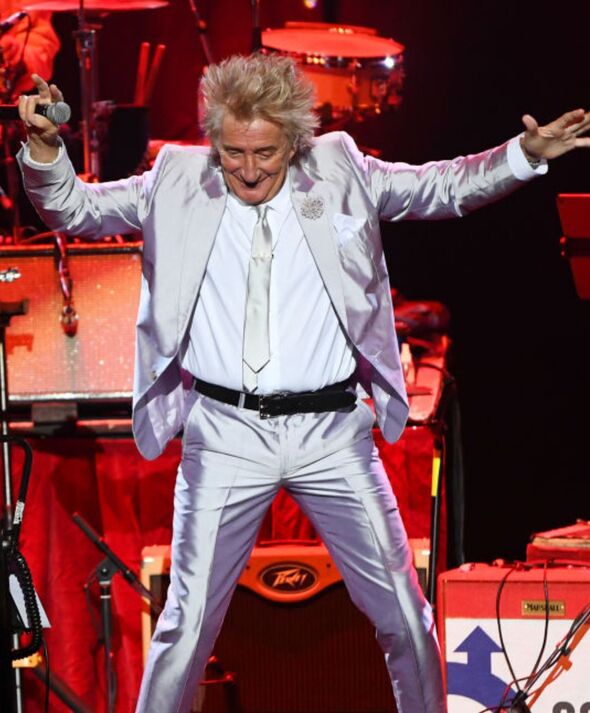 Rod Stewart didn’t forget the UK in this year’s touring schedule – and a highlight of the summer for his fans was his Royal Albert Hall performance in London, shown here 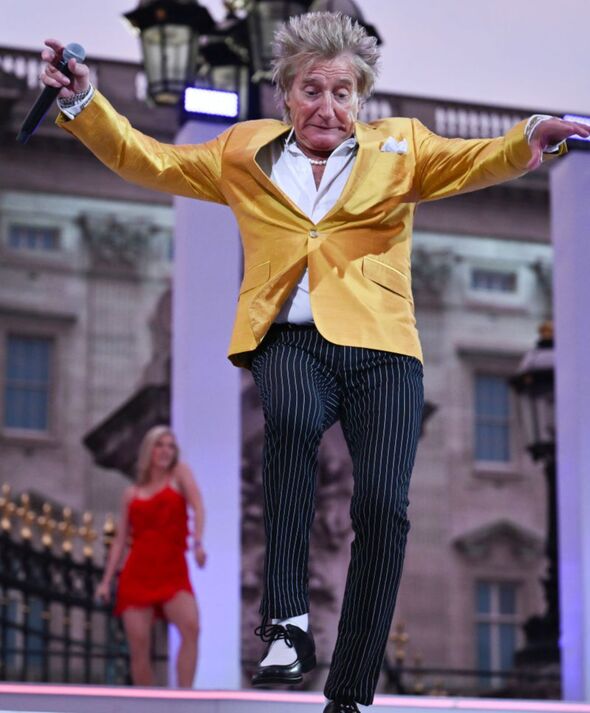