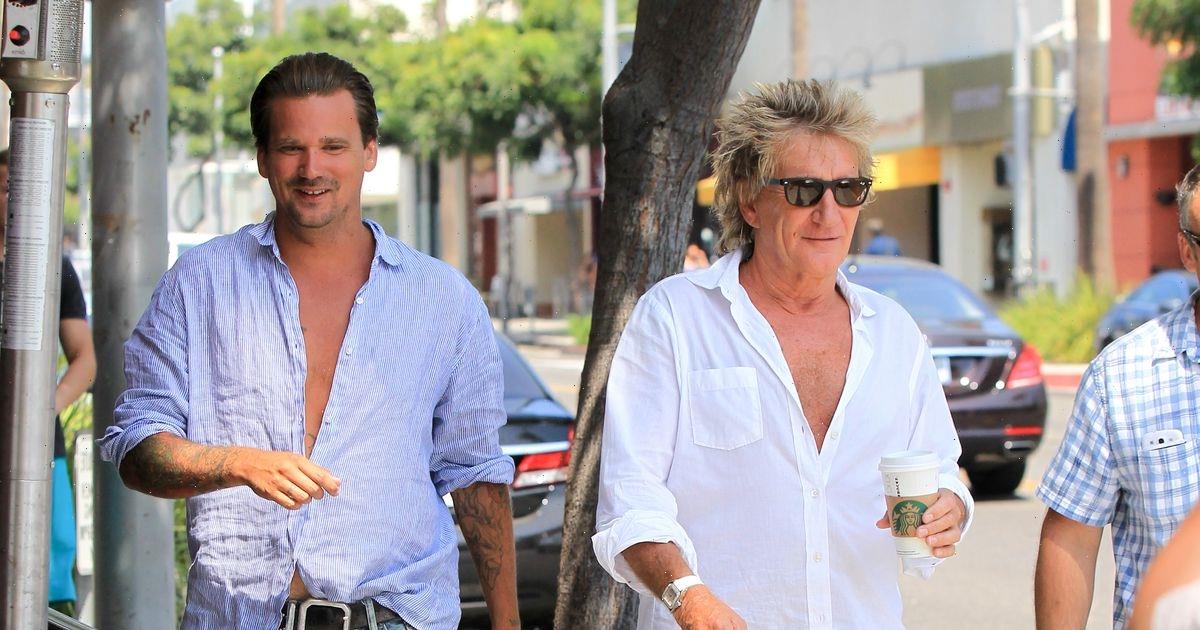 Sir Rod Stewart’s eldest son says he was “hit by a truck at a red light”.

Sean Stewart, 42, shared news of the shocking accident on social media, posting a selfie from hospital to his Instagram story, where he can be seen wearing a yellow neck brace, a hospital gown and a face mask.

In the caption, Sean wrote: “I got hit by a truck at a red light. Hard out here on these streets.”

Sean, who is a fashion entrepreneur, did not offer any further information about the collision.

In December last year, Sir Rod and Sean pleaded guilty to battery in an assault case stemming from an altercation with a security guard at an exclusive Florida hotel on New Year’s Eve 2019.

The dispute involved security guard Jessie Dixon’s refusal to allow them into a private party at the hotel.

The security guard said in court papers that Sir Rod punched him in the rib cage with a closed fist and Sean shoved him.

At the time, Sir Rod’s lawyer Guy Fronstin said: “No one was injured in the incident and a jury did not find Sir Rod Stewart guilty of the accusation.

“Instead, Sir Rod Stewart decided to enter a plea to avoid the inconvenience and unnecessary burden on the court and the public that a high-profile proceeding would cause.”

The musician recently made headlines after it was revealed he has helped a family fleeing the war in Ukraine by paying their rent and bills for a year.

The singer rented the three-storey townhouse in Berkshire for husband and wife ­Rostyslav and Olena and their five children, aged between two and 17, after becoming dismayed with the plight of people in the war-torn country.

The star toldThe Mirrorof the family’s reaction when they met him following his extraordinary gesture.

He said: “I walked through the door and they all came running down the stairs, all beautifully dressed in Ukrainian national costume.

“It was so lovely that they all made that effort. They made me a cup of tea and we had loads of biscuits and chocolates, although the baby kept nicking all of mine. It really was wonderful."

He added: "They are such a lovely little family and so polite too. None of them speak English but they have such wonderful manners, especially the teenagers."