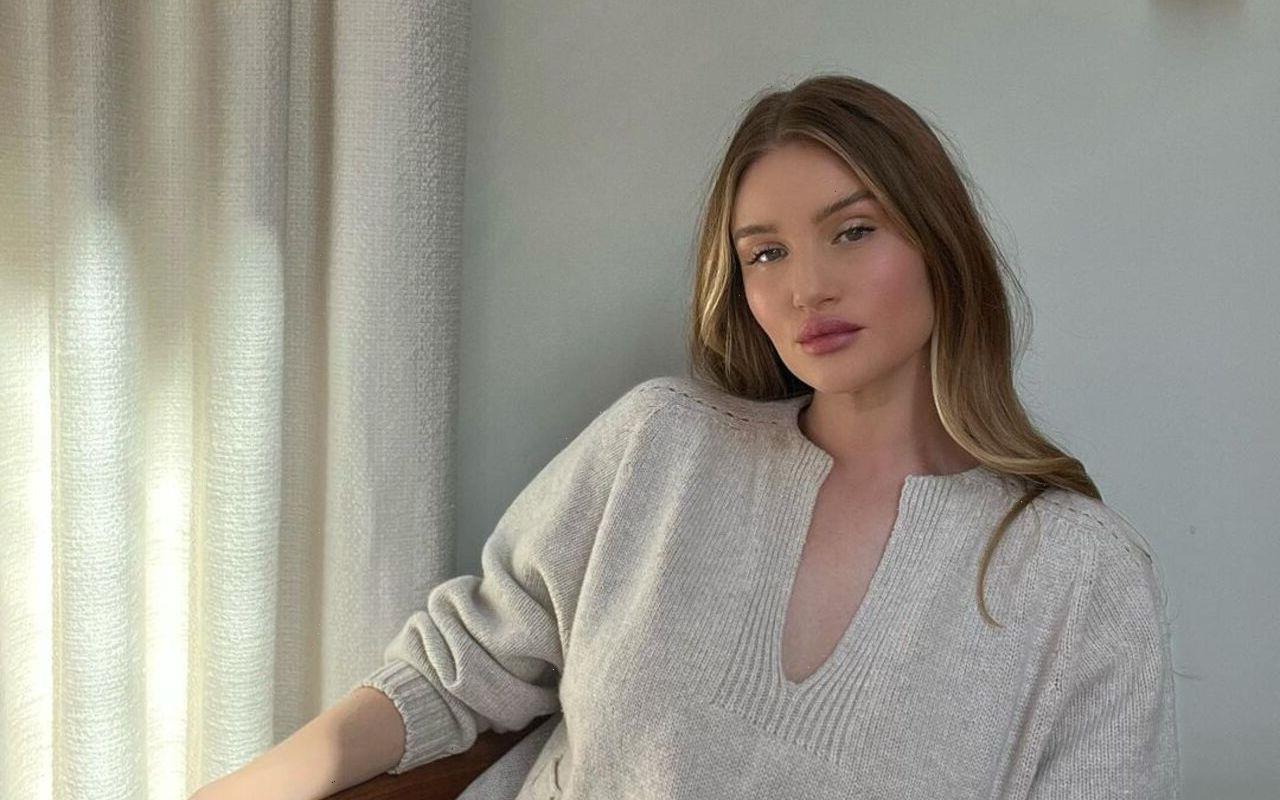 The ‘Mad Max: Fury Road’ actress finds it ‘very funny’ when fans who wear her lingerie collection are so enthusiastic to show off their underwear as they run into her.

AceShowbiz –Rosie Huntington-Whiteley claims her partner Jason Statham is “very involved” when she’s coming up with ideas for her underwear collection. Having a successful lingerie collection which she creates for UK high street brand Marks and Spencer, the model/actress reveals she often turns to Hollywood tough guy Jason to tap into his “creativity” when she is working on a new collection of bras and pants for the store.

“[Jason] loves creativity. He’s like somebody I always go to when it comes to interiors or art and architecture …,” Rosie explained when speaking during an appearance on “The Jonathan Ross Show“.

“As we were creating the packaging [for the underwear line] I was really in touch with him about that and I talked to him a lot about that. Both of us are very involved behind the scenes in each other’s projects.”

Rosie’s underwear range is so popular, she is often approached by women who want to show her they are wearing her designs. She explained, “Yeah, I frequently get flashed. Like all the time by lovely ladies, in the lifts, going up and down the stairs. Very enthusiastic about showing me they’ve got it on. I love it. It’s always an ice breaker and a very funny moment.”

Rosie has been designing her Rosie for M and S Lingerie collection for the last 10 years and she recently revealed her tastes have changed since she became a mum-of-two.

She told ELLE magazine, “Lingerie is almost more important as it’s the first thing you put on in the morning, so it really lays the foundation for how you feel for the entire day. My body has changed dramatically over the past few years and there’s been a lot of weight gain and weight loss with two pregnancies – so there’s been a lot of lingerie that’s come and gone from my drawers.”

Rosie went on, “I used to be all about low-cut pants, but now I literally can’t imagine wearing them ever again. I’ve always been a fan of high-leg styles though – I’ve been pushing them for years, they are just so flattering on the body, elongate the legs, cinch your waist and look super feminine.”