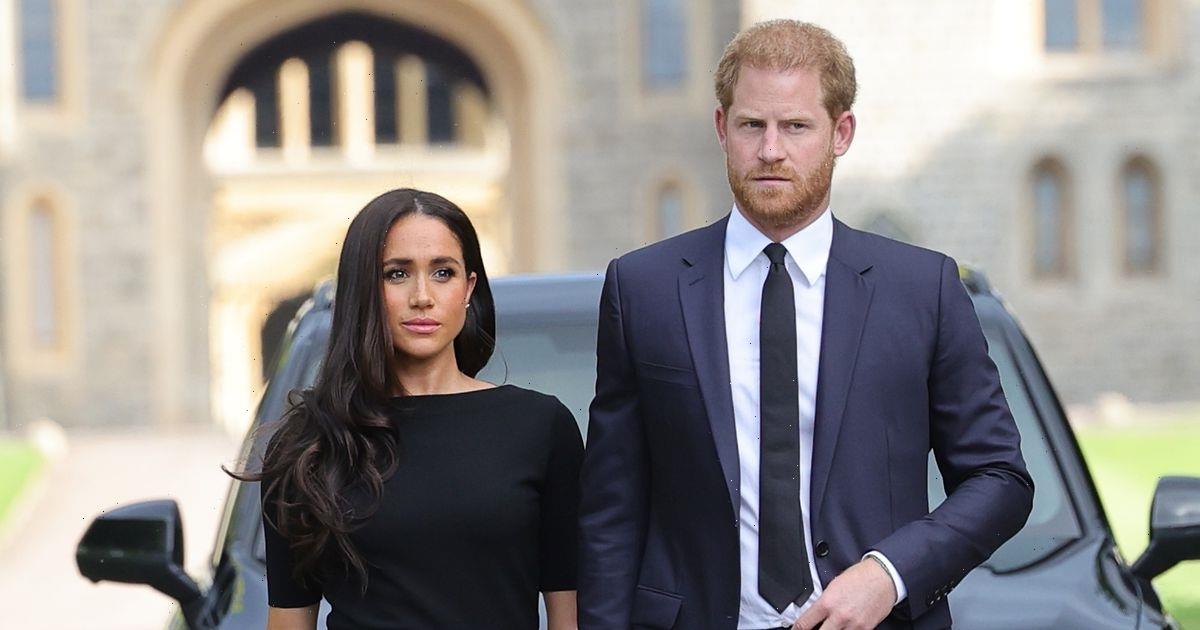 As Prince Harry and Meghan Markle extended their stay in the UK in the wake of Her Majesty The Queen’s death, the Duke of Sussex subtly reminded his wife of royal protocol.

It’s been a while since the pair have taken part in royal engagements after stepping down from official duties in 2020, but it’s evident dad-of-two Harry, 37, still knows how things should be.

Over the weekend, the Duke and Duchess of Sussex stepped out alongside the new Prince and Princess of Wales, both 40, to greet mourners in the street and admire the masses of flowers that had been laid out for the Queen following her death.

The ‘Fab Four’ put on a united front as they walked outside the gates of Windsor Castle, which reportedly came after Prince William texted his younger brother offering an olive branch.

The two couples walked out together, with Harry and Meghan, 41, hand-in-hand as Harry sweetly reminded his wife that his brother – now first in line for the throne – and his wife Kate should walk ahead of them.

The 37 year old discreetly slowed his steps and gently pulled Meghan’s hand back to make way for Kate and William to view the flowers first.

Royal fans were quick to spot Harry’s gesture and took to social media to make note of it.

Sharing the clip on TikTok, one observer penned: "How Harry reminds Meghan of royal protocol by subtly holding her hand back to let William and Kate come through to the flowers first.”

"I love how Harry supports his wife. His mother would be so proud,” wrote another, as a third person pointed out that Kate has had many more years of training compared to her sister-in-law.

In the midst of what appears to be the two brothers attempting to repair their relationship, it’s believed Harry and William will walk side-by-side together behind the Queen’s coffin at her upcoming funeral.

At their grandfather Prince Philip’s funeral in April of last year, William and Harry walked near to one another behind his coffin, but were separated by their cousin Peter Phillips, 44.

Discussing the potential for the Prince of Wales and the Duke of Sussex to walk together at the Queen’s funeral, a source told The Sun: “We are certainly not in the same place as Philip’s funeral when William and Harry didn’t walk side by side.

“Things haven’t changed but it is not as intense and they can co-exist.

“But the flower visit really doesn’t change anything. It is the same situation as at Prince Philip’s funeral when William and Harry put their differences aside and supported each other and their families in that moment.”