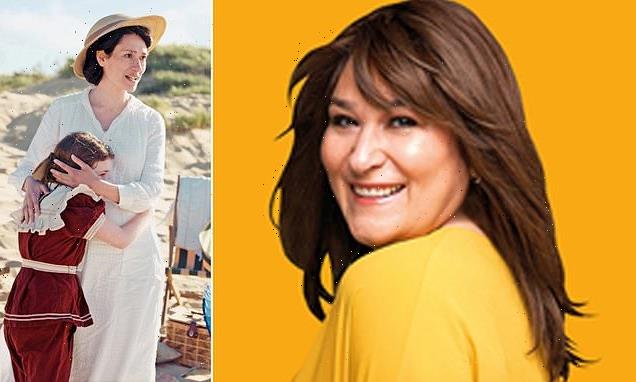 SARAH VINE’s My TV Week: I lost myself completely in this tale of love, death and the ravages of war

To my great shame I have never read Kate Atkinson’s award-winning 2013 novel Life After Life.

I remember people raving, but for some reason the premise – the story of an upper-middle-class girl growing up between the wars told via a series of different timelines – somehow didn’t appeal to me. How wrong I was. 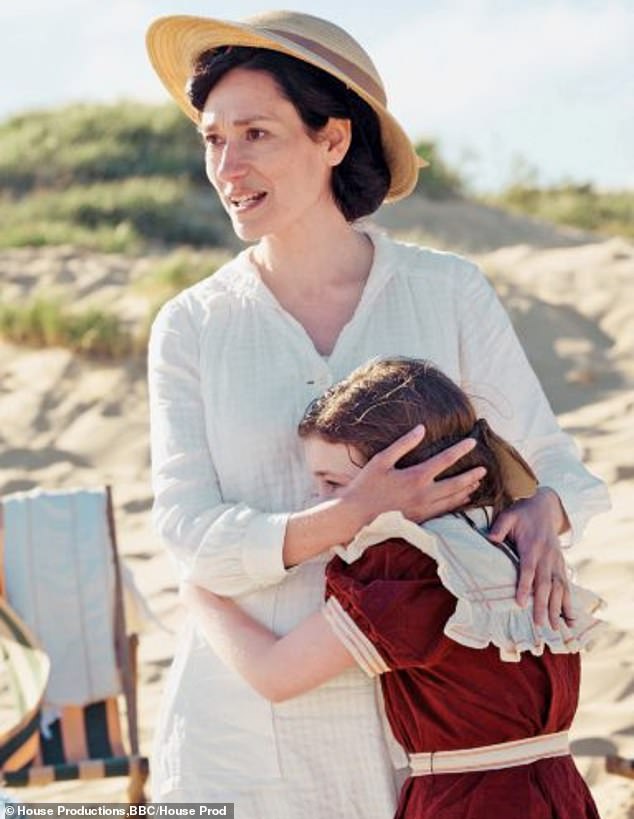 Sian Clifford as Sylvie and Eliza Riley as a young Ursula in Life After Life. Sarah Vine says it’s the quintessential literary TV adaptation, the kind of thing the BBC still does so very well

BBC2’s adaptation, starring Thomasin McKenzie in the lead role of Ursula Todd, Sian Clifford as her mother Sylvie (remember the annoying older sister in Fleabag?) and a supporting cast of admirable talent, young and old, is really quite magical.

It’s the quintessential literary TV adaptation, really, the kind of thing the BBC still does so very well, and I confess I was mesmerised from the start.

It is 1910, and a baby girl, Ursula, is stillborn. Rewind, and the doctor arrives on time to save her. She survives into childhood – only to drown on a trip to the seaside.

In another iteration, she is rescued from the waves by an eagle-eyed bystander, who spots her where her mother, preoccupied with her baby brother, does not.

In yet another scenario she dies after falling from a window-ledge trying to save a treasured toy tossed there by her brother; then again, she survives after the maid walks in on her, only to succumb not long after to the Spanish flu, brought home by that very same maid after a night out in London celebrating the end of the war.

On and on it goes, in a dreamy, melancholic loop of sun-drenched English summer afternoons and snowy winter evenings, adorable children in pinafores and tragic young men in uniform. 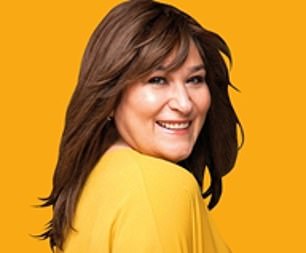 Sarah (pictured) says she was spellbound by the endless plot twists, but also transported by the visuals and the fine acting

It’s rich with febrile visions and quiet tragedies, each alternative timeline folding in on itself to reveal another, the twists and turns of the family’s life ebbing and flowing like the tide.

You never quite know what is going on, but it really doesn’t matter: the whole thing is so captivating, and incredibly beautiful to watch.

It’s like an old photo album found in the attic, or a cache of faded love letters bound in an old piece of string: full of ghosts and bittersweet emotions, intangible and hard to reach yet rich with meaning.

It’s hard to tear your eyes away from it – or at least I couldn’t. I was spellbound by the endless plot twists, but also transported by the visuals and the fine acting.

James McArdle is great as the benign but ineffectual father-figure; Clifford delivers a simmering performance as the mother; Jessica Brown Findlay (Lady Sybil in Downton Abbey) is a star turn as Aunt Izzy from episode two onwards.

And the parallels between now and then – the war in Europe, a deadly pandemic – added an extra dimension.

That’s partly why the show is so successful: it has a supernatural premise, and yet the fundamentals – love, loss, the ravages of war, the randomness of death – are eternally relevant, universal to us all. It’s been a long time since I’ve lost myself in something so completely.

Idris Elba’s Fight School (Sunday, BBC2) does exactly what it says on the tin. The actor and national treasure takes on eight troubled young adults from a range of backgrounds, and attempts to bring meaning and focus to their lives through the medium of boxing.

It’s A Noble Endeavour, and there are some compelling stories here; as to whether it makes for good TV is another question. Sadly, I fear not. BBC iPlayer.

The Thief,His Wife And The Canoe, Sunday – Wednesday, ITV 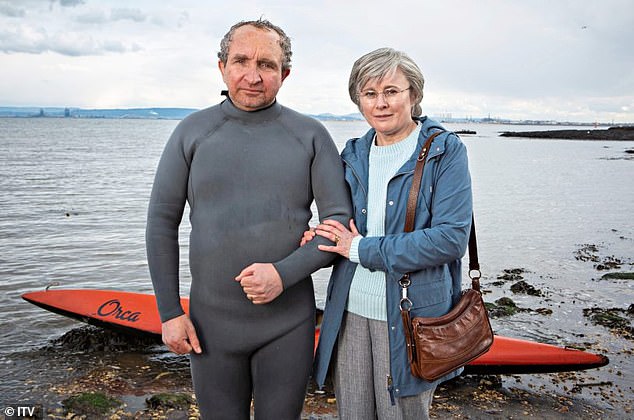 The Thief, His Wife And The Canoe, the tale of real-life fraudsters Anne (played by Monica Dolan – pictured) and John Darwin (played by Eddie Marsan – pictured), aka ‘Canoe Man’, the failed entrepreneur who faked his death to claim life insurance

Last week’s big treat was The Thief, His Wife And The Canoe, the tale of real-life fraudsters Anne and John Darwin, aka ‘Canoe Man’, the failed entrepreneur who faked his death to claim life insurance – only to turn up alive five years later.

Monica Dolan stars as the wife, here portrayed (somewhat controversially) as an unwilling accomplice to her husband’s madness. Careworn, mousy and run ragged by his half-baked schemes, she exists in a world of peeling wallpaper and unpaid bills, of grand plans that have come to nothing and endless disappointment.

The bleakness of her surroundings is matched only by her wardrobe, the weather – and her husband’s constant gaslighting.

Darwin, played by Eddie Marsan, is a passive-aggressive narcissist, a fantasist with delusions of grandeur. One moment he’s like a helpless child, crying down the phone to her; the next he’s mocking her.

She in turn despises him, but just can’t seem to find the strength to resist. At one point she stands on the beach, up to her sensible slacks in salt water, and just howls. Frankly, who can blame her.

Both Marsden and Dolan are exceptional as a couple bound together by misery and failure. Ostensibly this is about a true crime gone wrong; ultimately, though, it’s as much a portrayal of a dysfunctional marriage as anything else.