The Icy Girl just froze Instagram! Saweetie looked absolutely gorgeous as she showed off her curves in this barely there bright orange two-piece.

Saweetie, 28, is more than ready for bikini season! The rapper — née Diamonté Quiava Valentin Harper — took to Instagram to snap some super sexy photos as she rocked an orange bikini on Thursday, Aug. 5. Showing off her oiled up curves, Saweetie gave the camera a smoldering look as she modeled the swimsuit for her millions of followers. “last chance to catch the @mattecollection x @saweetie collection,” she captioned the post, promoting her recent swimsuit line with Matte Collection.

She appeared to be standing by a pool as she snapped the photos, accessorizing with diamond bracelets and a pair of sunglasses. In one image, she was rocking a mesh sarong skirt with turquoise details, also part of the fast fashion collection. As always, Saweetie’s nails were on point with a decked out french manicure complete with rhinestone details. The viral superstar has developed somewhat of a following for her ornate nails, which have often sent Twitter into a tizzy after her music videos (see her ultra-long nails in the summer 2020 video for “Tap In“). 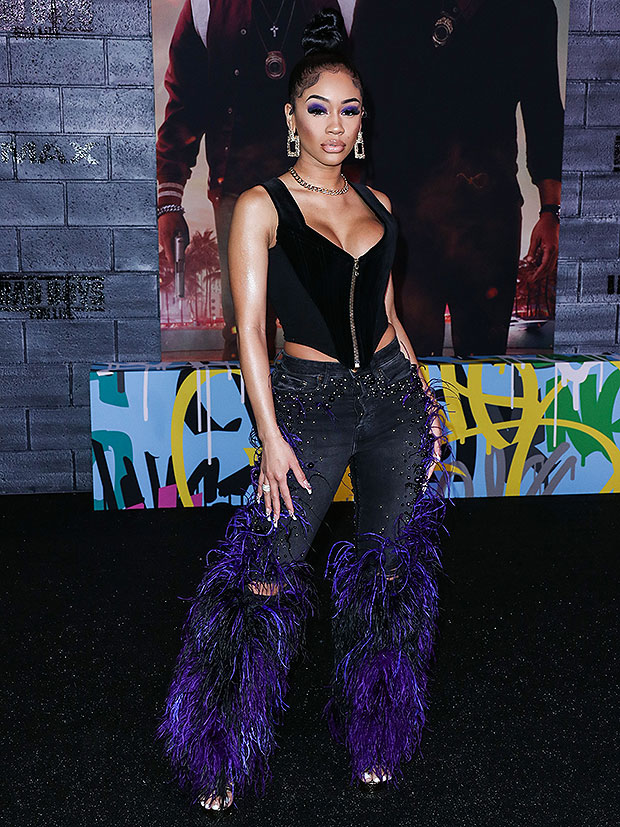 Thousands of people flooded the comments, including several from her A-List friends like Paris Hilton, 40. The socialite-turned-reality star left a slew of fire emojis for the rapper, who she recently collaborated for on a retro Juicy Couture photoshoot. “Pretty beach summer,” one fan commented, referencing her freestyle track, “Pretty b—- music,” while others added, “i want you,” and “Drip Queen.” They can say that again!

The bombshell beauty has been looking better than ever since declaring she was “single” after splitting from boyfriend Quavo, 30. She opened up about the difficult break-up in a cover interview with W magazine, describing the situation as “empowering” for her. “I could give my attention to something that could drain me,” she explained to the magazine. “Or I could focus on what would empower me. And that is this shoot,” she went on, revealing she “tapped out a kind of breakup statement on her phone” while on-set.