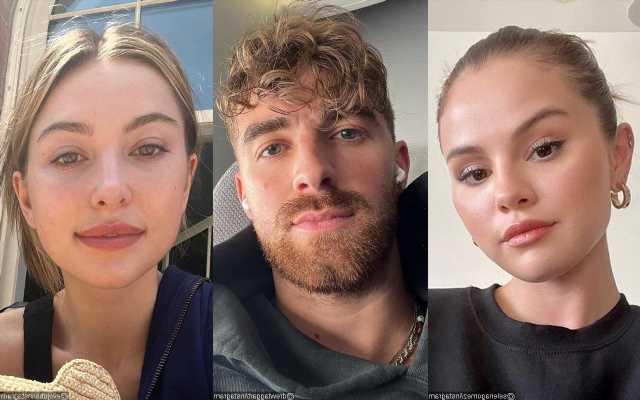 The ‘Only Murders in the Building’ actress and the one-half of the electronic duo are reportedly ‘very casual and low-key,’ but they ‘aren’t trying to hide their romance.’

AceShowbiz –Selena Gomez is not single anymore. The singer/actress is believed to have found herself new boyfriend in Andrew Taggart a.k.a. Drew Taggart, the member of electronic DJ and production duo The Chainsmokers.

According to Us Weekly which first reported the pair’s dating news, the 30-year-old former Disney darling and the 33-year-old musician are “very casual and low-key,” but they “aren’t trying to hide their romance by sneaking around at members only clubs.”

A so-called insider tells the site that the “Only Murders in the Building” star is “so affectionate” with the “#Selfie” hitmaker and “Selena can hardly keep her hands off him.” As to their favorite activities, they reportedly “go bowling and to the movies” when they spend time together.

The source goes on dishing that the new lovebirds are “having a lot of fun together.”

It’s unclear when Selena and Drew started dating, but news of their relationship comes four months after it was reported that the rocker was dating Steve Jobs’ youngest daughter Eve Jobs. A source said in September 2022 that the EDM artist and the model’s romance began as a “casual summer fling.”

Their relationship, however, fizzled out before the DJ began seeing the “Lose You to Love Me” songstress. The source notes that Drew and Eve’s breakup was “totally amicable,” adding that the exes remain “friends” who are “both very mature and cool about going [their] separate ways.”

Drew was previously linked to model Meredith Mickelson and Instagram star Haley Rowe. In March 2021, he split from YouTube star Chantel Jeffries after one year of dating.

Meanwhile, Selena has largely kept her love relationship under the radar since breaking up with Justin Bieber in 2018. She has since been romantically linked to Zedd, Niall Horan and Charlie Puth. She also dated The Weeknd in 2017, but their relationship only lasted for several months as they called it quits in October of the same year.

Back in August, Selena fueled dating rumors with producer Andrea Iervolino as they packed on the PDA at her birthday dinner in Torre Normanna restaurant on the Amalfi Coast, Italy. The 34-year-old hunk was pictured planting a kiss on the side of the pop star’s head while she looked out at the ocean. The two were also seen enjoying a lavish yacht trip together earlier in the month.