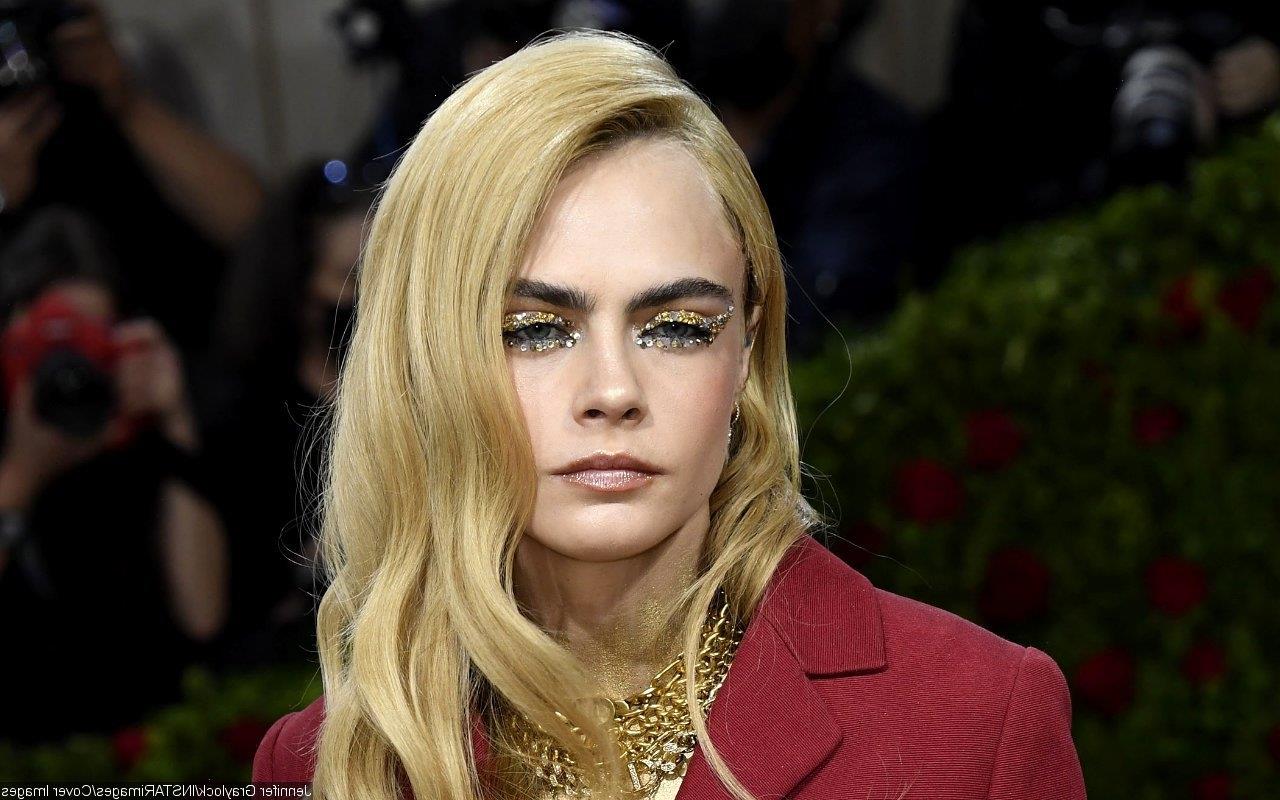 In footage surfaces online, the ‘Only Murders in the Building’ actress, who only wears socks at the airport, appears unable to control her body movements while smoking alone.

AceShowbiz –Cara Delevingne is looking worse than ever. The supermodel and actress has sparked new fears for her well-being after she’s spotted wearing no shoes and looking distressed and very jittery at the airport.

In photos and videos obtained by Daily Mail, the “Only Murders in the Building” actress could be seen smoking alone at Van Nuys Airport in Los Angeles on Monday, September 5. At one point, she appeared unable to control her body movements as she was seen on the phone, bending over, dropping her phone and walking around looking very jittery and as if she was unable to stop moving.

In the footage, Cara was wearing a Britney Spears T-shirt, black joggers with green, yellow and red stripes, yellow socks and no shoes. The “Suicide Squad” star dangled her feet out of the vehicle prior to her arrival at the airport. According to a source, she was two hours late for the flight.

Shortly after, Cara’s assistant arrived. The assistant could be seen clutching Cara’s dog and straw hat that carried the words “Hungover” in bright pink across it as the two walked towards Jay-Z‘s Puma private jet.

A few days after her concerning sighting, an anonymous friend of the star said that her recent sleepless and disheveled appearance came after she had “spent a few days” partying at the Burning Man festival in the Nevada desert, where she “hadn’t eaten much and hadn’t yet had time to shower.”

“She had just spent days in the desert, not eating all that much and she looked disheveled because she hadn’t had time to scrub up yet,” said the source. “Her friends are worried about her generally after some erratic behavior, but she has a good group around her. Her sister Poppy Delevingne was at the festival with her. She wasn’t alone and she has her back.”

The informant further explained of the festival, “Burning Man isn’t lined with burger vans like other festivals. You chuck everything you need in an RV and that’s what you have to live on while you’re there. Everything works on a swapping system.”