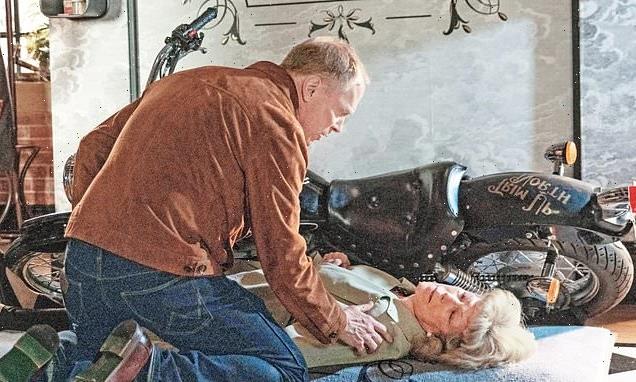 Soapwatch with JACI STEPHEN: Is it last orders for Audrey? 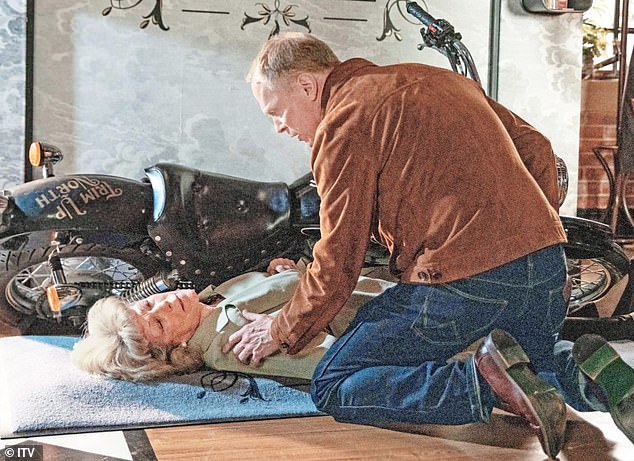 In Coronation Street as Audrey leaves the barber’s, she collides with the motorbike and ends up motionless on the floor

British soaps have always been judgmental about TDD (The Demon Drink), but Corrie more than most. Carla, Peter, Simon, to name but three – all have fallen ill through their habit/addiction.

Older folk are allowed the occasional tipple, and no one bats an eyelid when Evelyn asks for brandy refills. Audrey’s drinking ‘problem’ seems to have come out of the blue though.

Of everything you could criticise her for – parenting skills (lack of), hairdressing talent (again, lack of), choice of men – TDD is surely way down on the list.

Corrie’s Tony Maudsley (George) was thrilled to share scenes with ex-Brookside actor Simon O’Brien (Frank). ‘I was a massive fan as a teenager growing up in Liverpool. I was chuffed to work with him.’

I blame the Co-op. It’s only since it opened that she was easily able to access wine (at much cheaper prices than Dev’s, where you have to take out a second mortgage to buy a bottle of shiraz).

Suddenly, Audrey was stumbling home with bags of rattling bottles, and the family went into intervention mode – something they never thought to do with psycho David, by the way.

With Gail and David admonishing her, Audrey decides to move back home – not that anyone would notice, as we haven’t seen her for weeks. Where have they been keeping her?

In a cupboard under the stairs? Alas, that plan is doomed when, as she’s leaving the barber’s, she has an altercation with the motorbike and ends up motionless on the floor (a stationary bike. Never a good sign, but we’ve all been there. Haven’t we?).

There’s precious little that older people in the Street have to look forward to these days, and if alcohol is now going to be denied them, what next? I’m far more worried about Adam’s new Harpo Marx look than I am about Audrey.

I mean, come on: he had to have been drunk when he asked for that, didn’t he? At least TDD problem brings

Stephen home when a worried Gail calls him, although he’s furious that no one noticed Audrey was missing all night. They haven’t even noticed she’s been missing nearly all year, mate.

The hilarious Sally/Tim double act gathers pace with a sex therapy session – on the permanently office-bound Dr Gaddas’s recommendation. Now there’s a woman who could use a stiff drink. 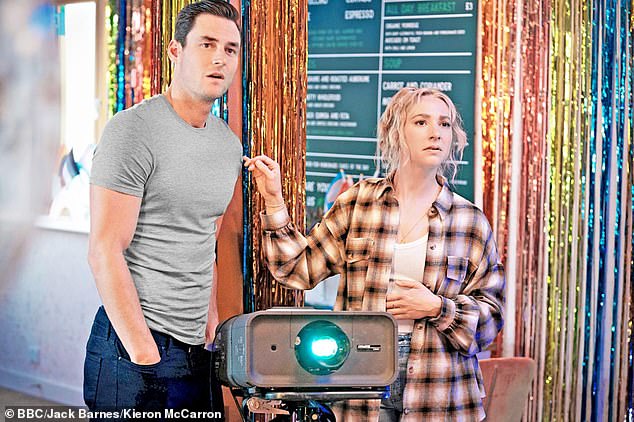 After confessing that he spent the night with Sam to Martin, Zack agrees to tell Nancy the truth in EastEnders

All rise for the Baker boys…

Carter, Taylor, Slater… The formula EastEnders seems to use for new families is two syllables and ends in an R. The show has announced a set of newcomers – the Bakers (spot the pattern!) – whose arrival later this summer will cause mayhem. Heaven forbid that anyone would do anything else upon arriving in the Square.

Avery Baker (Omar Lye-Fook) is the estranged brother of Mitch and is joined by his sons Felix (Matthew Morrison) and Finlay (Ashley Byam). They have been warned about Walford, haven’t they?

Hmmm. Beautiful as Sam is, would Zack really have been so dim as to spend the night with her, jeopardising everything he has with Nancy, who he worked so hard to win back?

It’s like winning the lottery and blowing it all on a horse just because you can. Not buying it (the storyline, not the horse).

At least he has the decency to be racked with guilt (shutting the stable door after the horse has bolted – probably the one that lost the hypothetical race, but I digress…), and his guilt is exacerbated when a courier delivers a touching gift from Nancy.

After confessing all to Martin, he agrees to tell Nancy the truth. Martin? Really? Walford’s Town Crier?

The only time Martin is not sharing everyone’s secrets is when he takes a sip of his pint. Zack has second thoughts and decides to keep the secret from Nancy (why do I feel another ‘No more secrets, no more lies’ speech coming on?) and suggests throwing a party for when Kathy puts up a plaque for Tina at The Albert.

Enough about Tina! She’s had more name checks since she went underground than she ever had above.

Despite Sam saying that she’ll keep quiet, the party is ruined when… yes, you guessed it, Nancy discovers Zack’s dirty secret. The revelation is, for once, not down to our resident Town Crier.

EMMERDALE: AL’S OFFER IS A RED RAG TO A BULL FOR CHAS 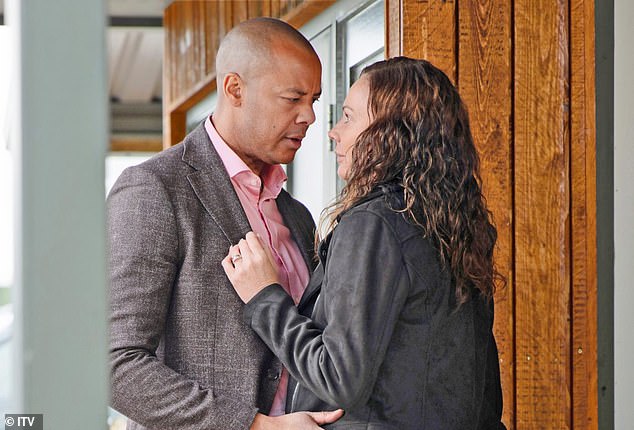 In Emmerdale, Chas and Al start to bond over a bottle wine and they soon share a passionate kiss

Playing with fire is one thing; being an emotional arsonist is a whole other level. What on earth is Chas thinking when Al encourages her to let him be her friend?

Talk about red rag to a bull; where Chas is concerned, a red polka dot is sufficient encouragement. Sure enough, as the pair bond over a bottle of wine (an eyebath of vino would be enough to lower Chas’s defences), they’re soon sharing a passionate kiss. Never happy, is she?

Feel free to take a long, long nap – there’s no need to wake up before this tedium is over.

Poor Liam. He has no idea what’s going on with his wife, but then he has the permanent look of someone who has woken up in a foreign country and has no idea about anything.

Jonny McPherson is a fabulous actor (truly heart breaking stuff as his character dealt with the death of his daughter), but can’t they let him be happy for a few months?

Even a day would be good. OK, an hour. A minute, a second – anything. Liam really needs to get back together with Bernice.