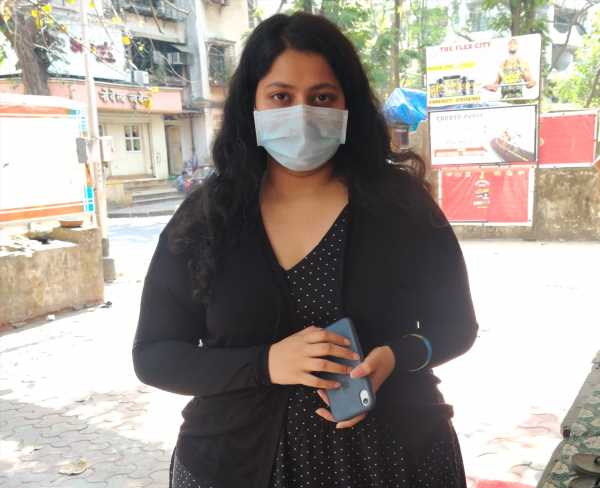 ‘I have to treat patients and there they don’t like Indians.’
‘The patients don’t like me, they are not going to come to me, then what is the point of studying there?’ 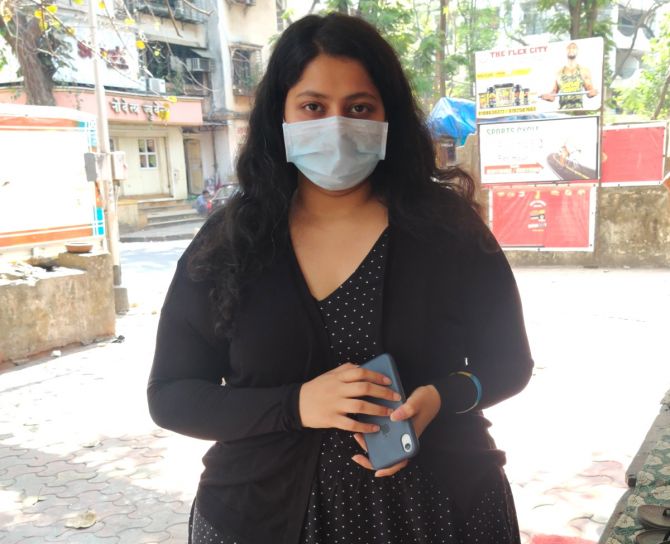 “My year has been wasted, from January till now. We have had no practicals and nothing is in my hands,” Afsha Khan, who now hopes to study at a medical university in the republic of Georgia, tells Rediff.com Senior Contributor Neeta Kolhatkar in the concluding part of a two-part interview.

What is the way out for you students?

So the wait for a Georgian visa is endless. I applied in late July, so I was expecting to be called this month.

There are 3,500 visa interviews, it is increasing.

Georgia is the only country that is accepting us without having our original transcripts.

They are giving us a grace period by taking us based on the electronic portal. It is also tough to get visas right now.

My original date of reporting at the University in Georgia was September 26, my original visa interview I was expecting in the first of October, but till now I haven’t received a call.

We were supposed to have orientation at the Georgia university, but they have been nice and said they understood our situation.

Meanwhile, I am not stressed about the initial course, because I have completed this semester and I would be repeating it. I won’t be missing anything new.

The only problem is my year has been wasted, from January till now. We have had no practicals and nothing is in my hands.

What about the other countries? Is it tough to get in or what are the impediments?

Armenia, Uzbekistan and Kazakhstan are offering a lot, but I also have to see the quality of education.

The quality of education is important.

Also, they are not offering clinical exposure and that is important.

One also has to see the environment; some countries are not welcoming Indians.

I have to treat the patients and there they don’t like Indians.

So the patients don’t like me, they are not going to come to me, then what is the point of studying there? In Ukraine, the people were nice.

The clinical exposure we got was fantastic. They were like, ‘You come, see us’.

Everything was different over there. I don’t want to go to any country where my clinical exposure is zero.

In a few of these countries, they don’t even have a hospital with the university. They only have a tie-up.

In Ukraine, if we didn’t understand anything, our sir would take us to the hospital and explain it to us clinically, which helped tremendously.

We could put our knowledge to practice to understand.

Everything in medicine is about practicals because even if you mug up, you need to put it in practice and that helped.

This is the problem with countries like Armenia, Uzbekistan and Kazakhstan.

Another important point is the US and UK don’t recognise these universities, so it is pointless studying there.

I have been preparing for the US, UK medical exams. I would enroll only in a university recognised by the World Directory of Medical Schools.

So any university with WDMS accreditation is essential. I also have to keep options for specialisation. 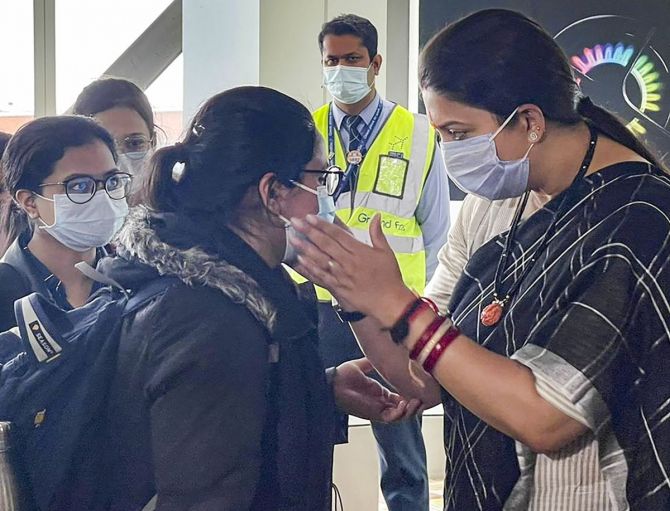 What is the one thing you have learned in these eight months since you left Ukraine?

I’ve not learnt nothing academically because we lost an entire year.

Other than that, in life, I have learned to be patient.

I’m very patient, I was so stressed to escape from the war situation.

Once I came home to Mumbai, I told my parents I’m not going to do anything.

My university also told us, it is a war-torn country what am I expecting, they can’t do anything, even my consultants were saying they cannot do anything.

We have given exams and still it is of no use. Also, one thing, the Indian government had told us we could do our clinicals in India.

If we were able to do them and got our clinical marks, then any country would have taken us.

Imagine, we paid the semester fees, we invested, we studied and despite it we were not allowed to give clinicals.

The Ukrainian medical council also raised a red flag. If we had done clinicals in India, then how could their professors evaluate us and give us marks? They couldn’t recognise our marks and insisted we had to remain in Ukraine for the clinical exams.

We couldn’t remain there since the war broke out.

Later, the Indian government told us we could go to the hospitals to learn and knowledge and not get marks.

I enrolled along with others and the Maharashtra government has been dragging its feet.

They told us local students are enrolled in the hospitals, how can they accommodate us?

This was around May, so I left it. The course in India is for 4.5 years and one year is the internship.

In those 4.5 years, they cram everything since they have only limited years.

Ours is six years so we are taken through the same course slowly.

The professors here are going to teach as per my capacity and what I have learned.

They will have to adhere to their syllabus, so I left pursuing trying to do any clinicals here. It would have been beneficial if I were to do clinicals in Ukraine.

What do you see your future right now?

Right now I just want to go and complete my second year.

When I was in Ukraine, I was firm about my future and which exam I wanted to clear as per the schedule.

USCR, US clinical rotation I was preparing for; that is allowed once I got my license in my third year.

This option is available for European countries. However, now everything will change, once I go to Georgia, so I have to plan all over again.

What are your prospects of getting a student visa in Georgia?

I have to apply even though it is a transfer visa because I don’t have transcripts, otherwise, it would have been easy.

Yet they have been lenient with us as compared to European Union countries.

On one hand, they have shown supporting Ukraine, but where international students are concerned these countries have taken a stand of no transcript, no admission and visa.

It is a big process of getting out of the university, cancelling TR (termporary residency) in these current times as we are stuck in our homeland.

The people in Ukraine are fighting for survival. How can they do anything special for us students?

Guess EU countries are now feeling all transfer students will run to their universities so they are behaving tough, unlike Georgia. 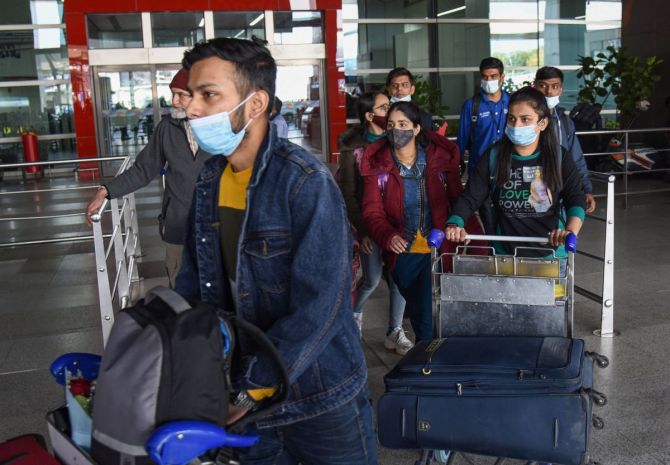 Are you optimistic? Do you feel hopeful?

After June, when my exams got over, I was just doing research on which country I should go to.

Every evening my Abba would come home. I would ask him which new country I can go to.

Every university has unique eligible criteria. Each wants proficiency in the English language and wants us to appear for that exam. They don’t even know English in those countries like Romania, Poland and others countries.

They know we are in an MBBS course, it is not a fresh start and yet wants us to appear for an entrance exam.

There is no guarantee of a seat.

It is risky that I am applying for Georgia, because my future depends on those transcripts.

Now if I sit back and wait for my transcripts, then I would be doing nothing and if I go and don’t get my transcripts it will be a huge problem.

I feel frustrated because our government is doing nothing to help us.

I can’t expect the Ukraine government to do anything for us because they themselves need help at the moment.

I expect some intervention from the Indian government. Some help to get us admissions because our year is getting wasted.

They could have done something to save our year, but they have left us in the lurch.

We have been left to fend for ourselves.

How are your parents coping?

My mom is fine with anything I do. She has told me she trusts me completely. Because she has seen me doing everything on my own.

My father also believes in that, but he sees what I am doing, he asks questions to understand the prospects and most of all, the budget.

According to my dad’s affordability, I am choosing the options.

My batchmates, some are opting for Uzbekistan because it is also cheaper than Georgia.

Georgia has an ECTS system, has its own hospital, theory is different and clinicals are separate.

It is exactly like Ukraine. Only two, three of my friends are coming to Georgia.

So far we have had online interviews and I fared very well. They asked me about my mental health.

I fared well, but told them I cannot think straight because I am completely stressed about my year, my future.

They then asked about why I chose Georgia and I told them everything honestly.

Then the second interview was with anatomy professors. They asked me 13 out of 15 questions.

They knew my level as per the marks. The next step is my visa and after I go there will be an English proficiency exam.