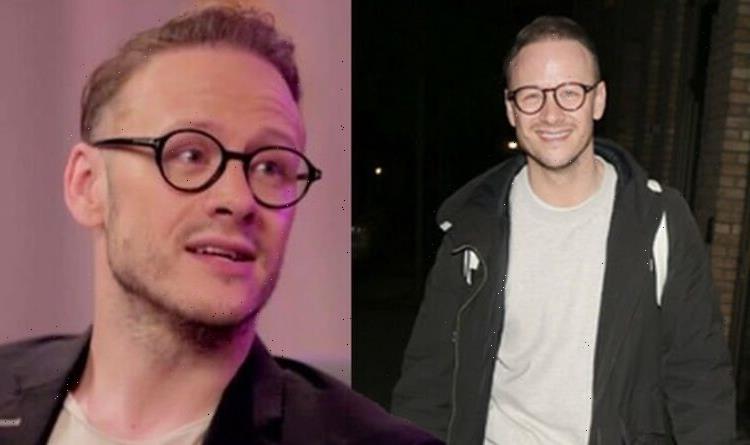 Kevin Clifton, 39, announced he was leaving Strictly Come Dancing in 2020 to focus on new projects. The professional dancer took to Twitter today to share his fears on starting a new ITV show The Game, where he will be pushed out of his comfort zone.

My biggest fear of the whole show!

A Brand new ITV game show The Games will be starting this spring and will see celebrities go head to head in live sporting challenges.

Some of those confirmed include The Wanted’s Max George, Love Islanders Wes Nelson and Olivia Attwood, and Corrie actor Ryan Thomas.

Former Strictly star Kevin has taken to Twitter to voice his concerns prior to the show’s debut.

Social media user Vix1622 wrote on Twitter: “Bring on @TheGamesTV, there’s nothing King Kev can’t do! You got this Kev xx. (sic)

“Did I just read @keviclifton and swimwear? … Ooohhh. #kevsbiggestfan.” (sic)

Kevin replied in view of his 256,900 followers: “My biggest fear of the whole show.”

The Strictly pro replied to an official post earlier on today telling his followers he was “in training” for The Games.

Many social media users took to the post’s comments to wish the dancer good luck on his next career move.

InkerLisa said: “We’ll be cheering you on Kevin. Hope you’ve got a holiday booked this year! Think you’re going to need a well earned rest after xx.”

ZebraSats5 added: “Yessss Kevin. You will be absolutely amazing as always! TEAM KEVIN FOR THE WIN!!” (sic)

SuzeTwelve added: “This sounds exciting. Can’t wait to watch #TheGames in the spring.”

The Games will be hosted by Holly Willoughby and Freddie Flintoff, with the reporting and commentary being done by Alex Scott.

Kevin is currently dating Stacey Dooley, after meeting back on Strictly in 2018.

The pair confirmed their relationship a year later in 2019 and have been going from strength to strength ever since.

During a Q&A with The Telegraph last month, Stacey addressed the “intrusion” faced in their very public relationship.

She said: “I do love my job, but I suppose what I hadn’t anticipated when I became a bit more public-facing was the intrusion into my personal life.

“I hadn’t realised there would be such an appetite for it. That, I don’t love. But my job itself is wicked.

“I find the attention funny as I am so boring. There’s no part of me that’s remotely hedonistic. I don’t drink or do drugs. I am so strait-laced.”

During an episode of Stacey Sleeps Over last year, she confessed that she is in no rush to marry the professional dancer Kevin, who has been married three times before.

“Kev and I have been together for two years,” she explained.

“I don’t think I want to get married. I think I’d be more interested in starting a family than getting married.”