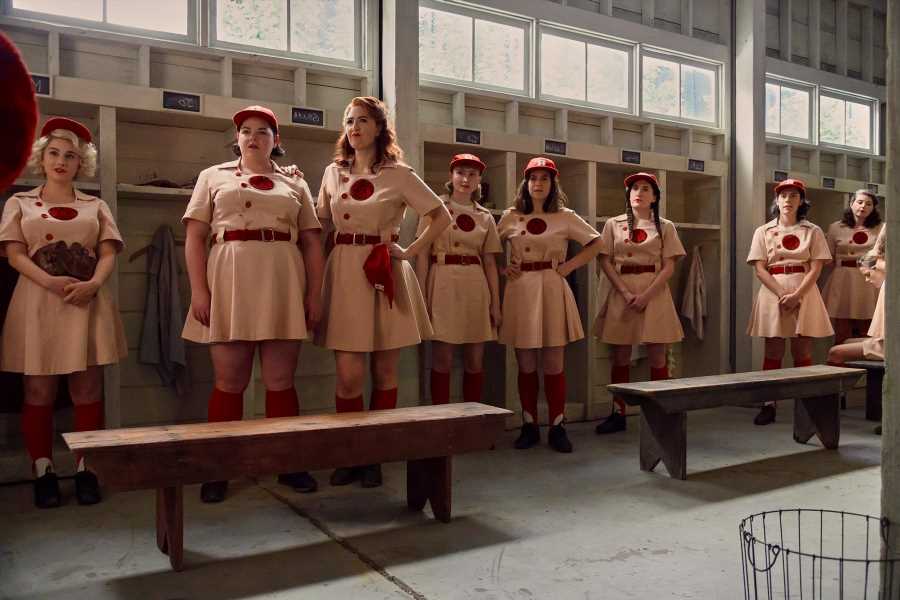 It’s been 30 years since Penny Marshall’s 1992 film A League of Their Own – which chronicled the World War II-era All-American Girls Professional Baseball League – hit theaters, and now the Rockford Peaches are back. In the official trailer for Prime Video’s Abbi Jacobson-led series adaptation of the film, the new ensemble of characters brings charm and charisma to the wholesome structure of the classic movie – and they’re playing by their own rules.

A League of Their Own centers on Carson (Jacobson) and Max (Chanté Adams), a Black lead in the adaptation of a film that, at the time of filming, wouldn’t cast non-white women as team members. The series follows both women and their teammates as they develop deeper understandings of sexuality and race through the lens of baseball, team building, and rule-breaking.

Every Super Bowl Halftime Show, Ranked From Worst to Best

'Silence of the Lambs': The Complete Buffalo Bill Story

“We were very aware that we were an all-white movie,” screenwriter Lowell Ganz told Rolling Stone while discussing the film’s 30th anniversary. “It would have been dishonest to integrate the League and act like that happened since that didn’t happen.” He and Baboloo Mandel tried to work around the issue by casting a Black woman, recently discovered to be DeLisa Chinn-Tyler after the Indiana actress was cut from the film’s end credits, in a 15-second, spotlight-stealing ball-throwing scene.

Jacobson and Will Graham serve as executive producers on the series that also stars D’Arcy Carden and Gbemisola Ikumelo, with appearances from Roberta Colindrez, Nick Offerman, Saidah Arrika Ekulona, Kate Berlant, and more.

“28 years ago, Penny Marshall told us a story about women playing professional baseball that up until then had been largely overlooked,” Graham and Jacobson shared in a joint statement. “We grew up obsessed with the film, like everyone else. Three years ago, we approached Sony with the idea of telling a new, still overlooked set of those stories.”

They added: “We feel beyond lucky and excited to get to bring these characters to life. It took grit, fire, authenticity, wild imagination, and a crackling sense of humor for these players to achieve their dreams. We’re hoping to bring audiences a story with all of those qualities.”

A League of Their Own arrives on Prime Video on Aug. 12.