It’s a wrap for The Sky is Pink. Like with songs and all! In fact, star Priyanka Chopra who is back in the bay attended the wrap-up party along with Zaira Wasim and Rohit Saraf. Although, co-star Farhan Akhtar gave the greet a miss, the entire cast and crew including director Shonali Bose and producer Siddharth Roy Kapur. PeeCee even took to Insta to share a bunch of pictures from last night, with an even lovely caption which read, “And it’s a wrap. This movie is special to me on so many levels. Not just because @roykapurfilms and @rsvpmovies (Sid and ronnie) partnered with me on my first Hindi production.. but also took the chance on me to bring to life a character and a true story that needed to be told. @faroutakhtar you made an amazing co-actor all over again with all the laughter and fun!(you were missed tonight) and my amazing @zairawasim_ and @rohitsaraf10 who I’ve made friends for life with! This was the hardest loveliest experience. Thank you @shonalibose_ for your incredibly unique vision. I’m so proud of your faith in me. Thank you so much to Our crew who worked tirelessly for 10 months to make this special piece of cinema. I love you all. ❤️ See u at the pictures!!! ?? #skyispink ? ?”

‘The Sky is Pink’ for Farhan Akhtar, Priyanka Chopra and team as they head to Andaman – view pics and video

Although, it looked like she was hurt in the knee, the actress stepped out wearing a knee cap cause let’s just admit it – she is unstoppable! Check out her post and all the pictures from last night here. 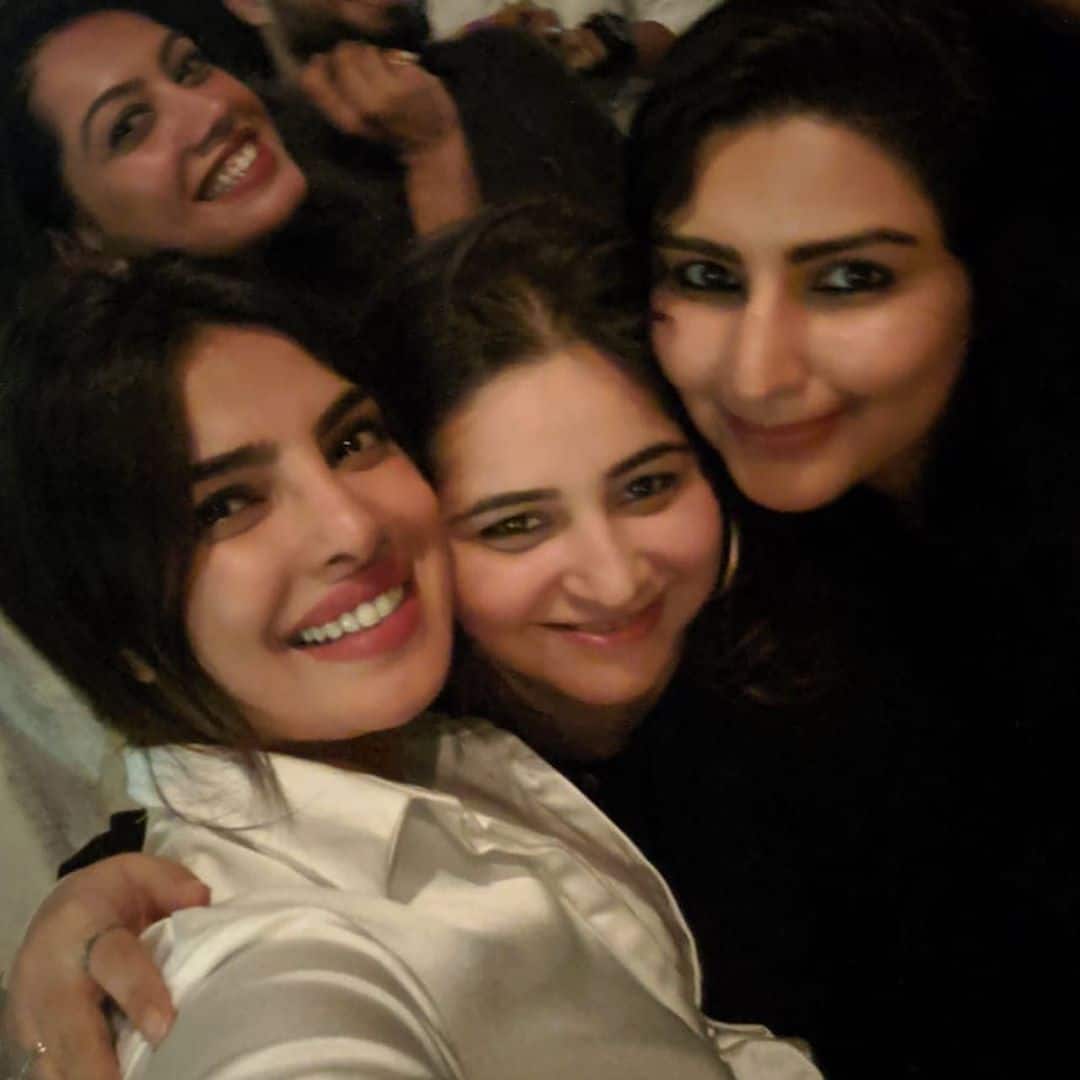 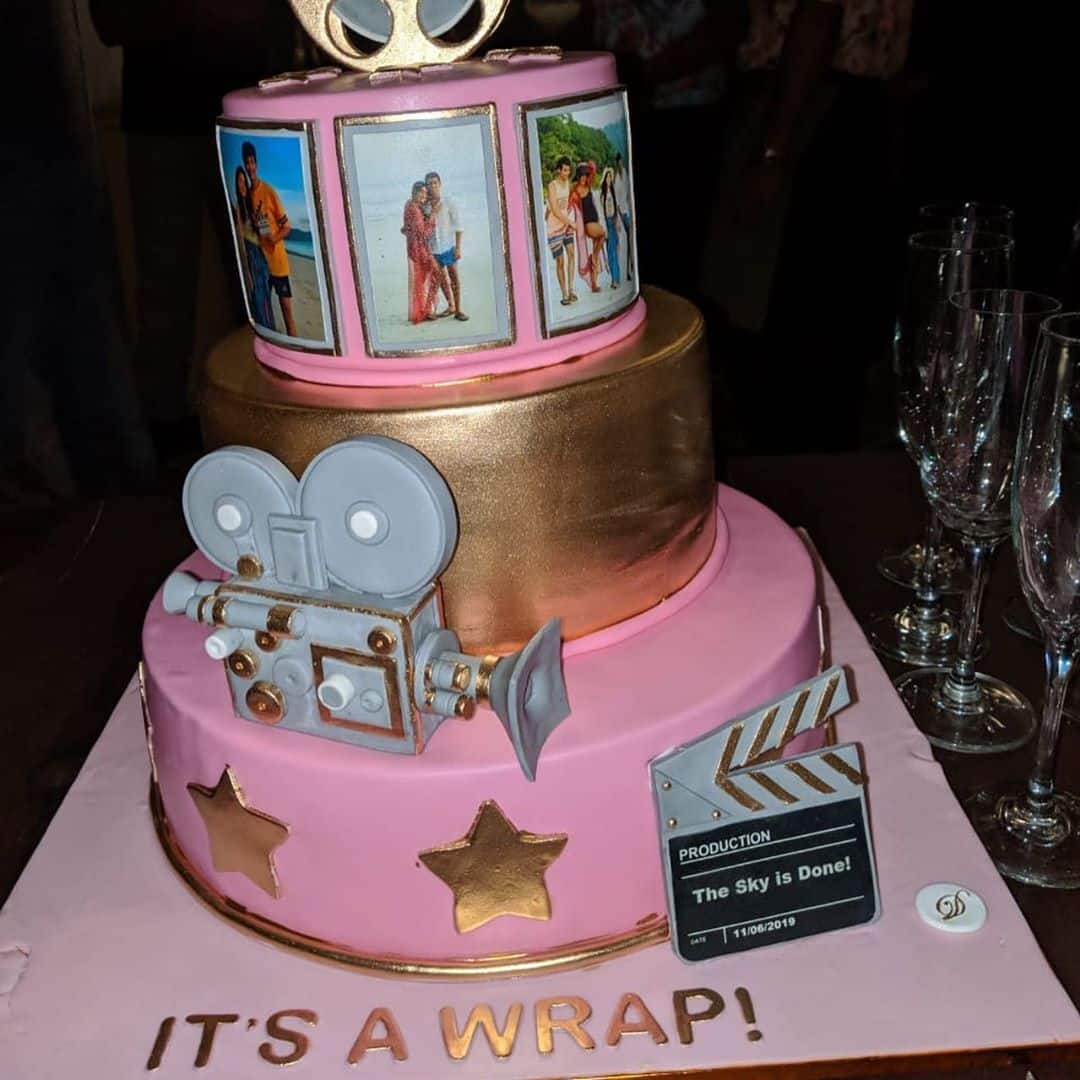 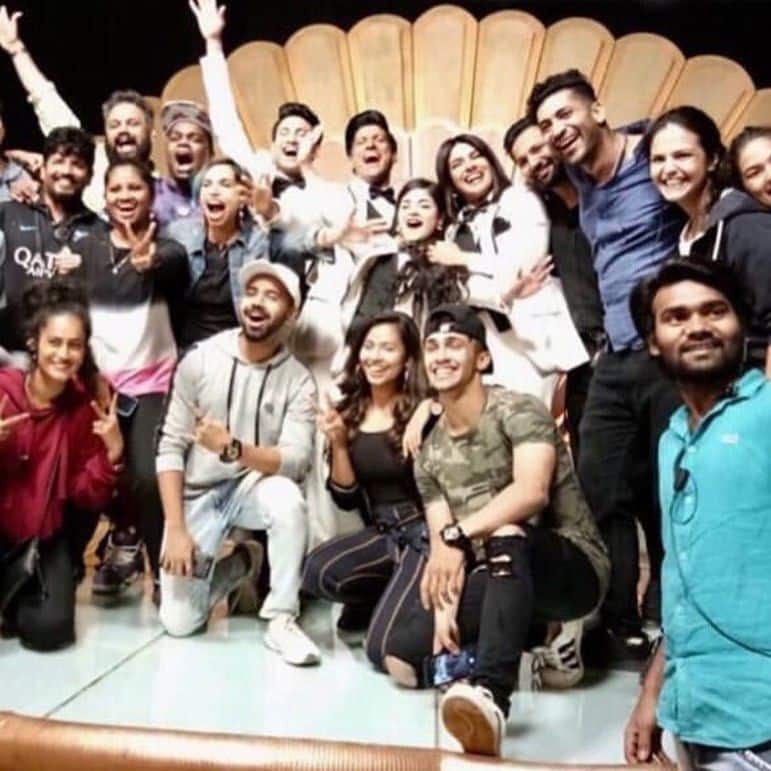 The cast and crew had recently wrapped up the shooting for the Shonali Bose directorial. Earlier, the filmmaker had shared a heartfelt note and pictures from the set. She had captioned it as, “And it’s a Picture Wrap (All But Song) finally on this momentous journey of shooting The Sky is Pink. It’s been almost 9 months since we started shooting – with weddings and album releases for my actors in between. It’s very different than when you wrap a single schedule. So though I haven’t shot more days for this film from my previous ones it feels like a lifetime since I started because of the scattered schedule. No wonder I have post partum blues now. I literally have a baby at the end of the shoot gifted me by the Art Department! Our nakli baby for some scenes. He feels so real in my arms. Of course I’ve named him Ishlu. As he has been the magical light bathing this film. I feel blessed with the Producers, Cast and Crew I had on this journey. I miss everyone already. Thank god we still have a song to shoot. Now it’s a race for the Oct 11 release. #mybabyisborn #theskyispink #itsawrap @zairawasim_ @priyankachopra @faroutakhtar @rohitsaraf10 @roykapurfilms”

The Sky Is Pink is bankrolled by Ronnie Screwvala’s RSVP and Siddharth Roy Kapur’s Roy Kapur Films. It is based on the true-life story of the young motivational speaker Aisha Chaudhary and her parents.

Apart from this, Priyanka is also a co-producer on the film which is slated to release mid-2019. Besides this, Priyanka is also working on her next Hollywood venture, which will be based on the life of spiritual guru, Maa Sheela Anand. The actress will be producing this movie, which will be helmed by Oscar-winning filmmaker Barry Levinson. Stay tuned to BL for more updates and scoops!