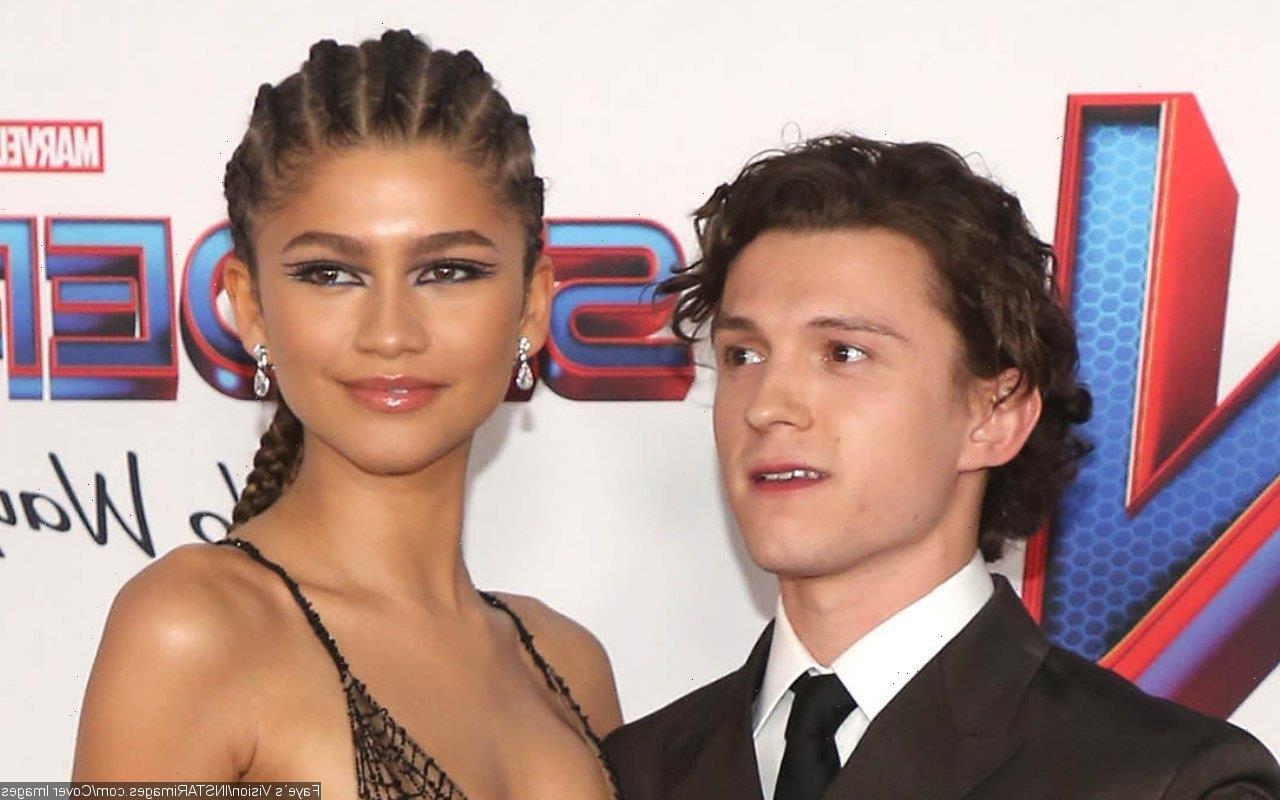 The ‘Spider-Man: No Way Home’ stars are pictured hand-in-hand while enjoying a special tour at the famed museum in the city of love, several days after she attended Paris Fashion Week.

AceShowbiz –Tom Holland and Zendaya Coleman are still going strong despite their busy schedules. The pair have taken their romance to France as they were spotted on a romantic date in Paris over the weekend.

The British actor and the Emmy Award-winning actress were pictured holding hands as they joined a special tour at the Louvre on Friday, October 7. They were seen listening attentively as a tour guide gave an explanation of the artwork displayed at the famed museum.

For the outing, Tom looked stylish in a long-sleeved, black-and-white striped sweater which he tucked into the waist of his black pants. As for Zendaya, she opted for a smart chic look in a light blue, oversized blouse with the long sleeves rolled up towards her elbows.

Her hair was pulled into a fashionable up do with bangs framing the side of her head. She accessorized with a pair of glasses along with a black cross-over body bag and a black watch on her left wrist. She appeared to be holding a gold-colored camera in her left hand.

Zendaya had been spotted earlier in the city of love to attend the Paris Fashion Week, which came to an end on October 4.

Tom and Zendaya have been romantically linked to each other since July 2021, when they were caught sharing kisses inside a car. The two have connected earlier in 2016 when they worked on their first Spider-Man movie, “Spider-Man: Homecoming“.

“They’re both not one to make their relationship public,” a source recently informed Us Weekly about the young couple’s romance. “They’re private when it comes to dating, so any photos that have come out would’ve just been them going about their business and not knowing photographers were around.”

Despite their busy schedules, Tom and Zendaya have always made time for each other. Last month, the “Euphoria” star celebrated her birthday with her boyfriend by hitting the Big Apple for some fun dates. A week before, the couple was zipping around on scooters in Budapest, where the actress was filming “Dune 2“.