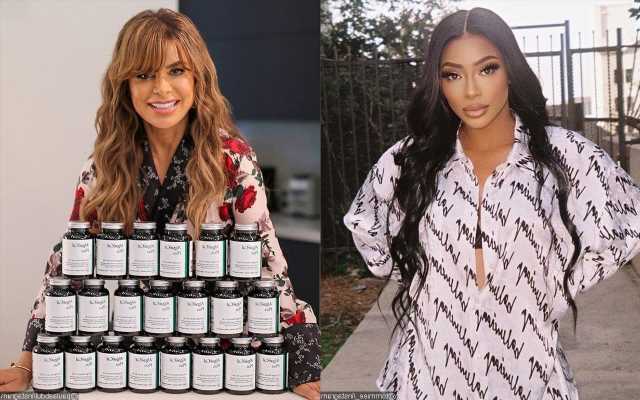 The ‘Love and Hip Hop’ alum shares that she’s discouraged and heartbroken’ after the former ‘American Idol’ judge allegedly copies her design for the latter’s new sunglasses brand Kilt Frames.

“I had high hopes for this business. All of that. And to just wake up and see that, like bro that’s crazy,” Tommie said on Instagram. “Down to the look of my frames. Like down to the cat eye that I speak so highly on.”

The influencer went on to say, “This is crazy bro. I see this happen all the time to us. But, I never thought that for real, for real it would be me.”

In the caption, she wrote, “@kiltframes And to snatch my idea right from under me and claim it as your own is disgusting. They sit back and watch the underdogs and blatantly steal and promote it as their own with now effort.”

Tommie added, “I Blame myself maybe I moved to slow maybe I was so excited I spoke on my brand too soon before I had the proper rollout.” She noted, “Lesson learned.”

In another slide, the former VH1 personality revealed, “I’m so upset y’all witnessed me in the field for years creating these frames y’all have seen first hand all the work I’ve put into @kiltframes for this woman to steal my entire idea down to the look and everything is disgusting this always happens to US I honestly can’t believe this.”

“I’m discouraged and heartbroken I have no words man I didn’t have the biggest support system or people to really help me push my brand to the fullest but it’s still mine and I created this it’s not fair and it really makes me want to say f**k it and go back to the old me,” she continued. Not stopping there, Tommie called the former “American Idol” judge “a real loser” in one of her Instagram Stories.

Fans, meanwhile, didn’t think that Paula’s brand would impact greatly to Tommie’s once she officially released her product. “Y’all got 2 different audiences. Keep going. Macy’s & JCPenney selling similar jeans and still gettin bought,” one user opined. Similarly, someone added, “I feel like she will still make great sales . They have 2 different fan bases and ppl love Tommie they will stiff support !”

“Sometimes it’s not the brand that sells, but the person selling the merchandise. Victoria Secret sells lingerie and that didn’t stop Rihanna from pushing Fenty. Keep pushing, Tommie!” another fan added. Showing support to Tommie, one other commented, “Don’t be discouraged there’s a market for everyone! Release them u will get the support from your people we are a different breed now!”