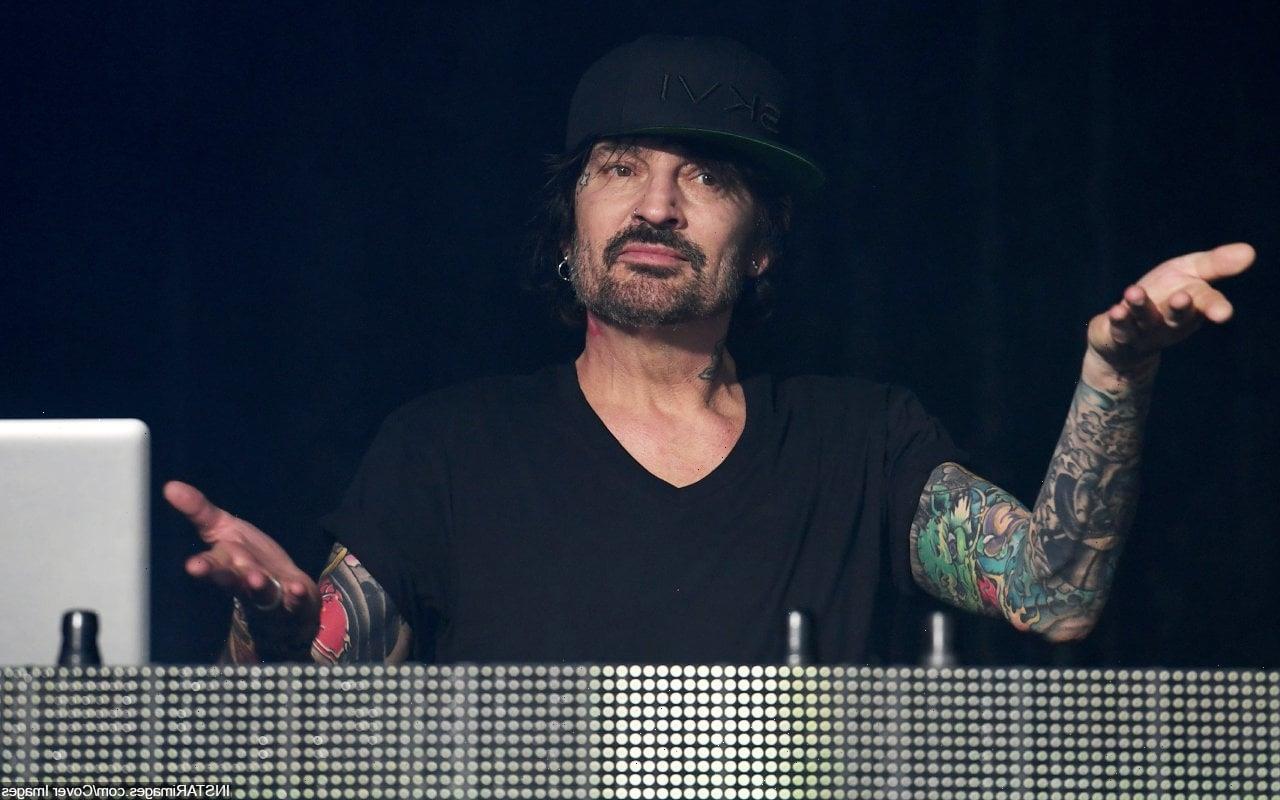 The Motley Crue drummer shares the real story behind the NSFW photo when performing at a San Antonio, Texas concert, where he also challenges concertgoers to flash their own ‘junk.’

AceShowbiz –Tommy Lee has finally addressed the nude full-frontal photo that he shared on social media earlier this month. The Motley Crue drummer shared the real story behind the viral snap when performing at a San Antonio, Texas, concert on Monday, August 22.

“A couple of weeks ago, we had like a two-week break off the tour, and I went on a motherf**king bender, bro,” the 59-year-old, who is infamous for his sex tape with ex-wife Pamela Anderson, told the crowd. “I got f**king sideways as f**k and got naked and posted pictures of my d**k.”

Tommy went on to challenge the concertgoers to flash their own “junk.” He said, “Usually, I mean I’m a titty man, so I like to see titties, but tonight is equal-opportunity night… Tonight I wanna see everyone’s d**k. C’mon boys, pull your s**t out. Pull your f**king junk out. Let’s go.”

Not stopping there, Tommy singled out one male fan wearing a pink shirt. “He’s ready to pull his d*** out. Show the whole world that motherf***ing hotdog,” he said. When the fan pointed to the woman next to him, the musician shouted, “The wife says no? Divorce!”

Tommy shared the NSFW photo on August 11. In the image, he wore only a silver necklace and angled the camera so his whole face wasn’t on the show. He simply captioned the post, “Ooooopppsss”.

Fans have since flocked to the comments section to share their shock at the pic, with one saying, “OH MY GOD”. A second remarked, “Well I didn’t expect this when I opened Instagram”, while a third said, “TOMMY EXPLAIN YOURSELF RN”.

The photo, however, was taken down from Instagram on Thursday evening. Unlike Twitter, which permits pornography, the photo-sharing platform bans nudity. It offers a handful of exceptions, such as post-mastectomy scarring and women actively breastfeeding. The social media app also states that nude paintings and sculptures are acceptable.