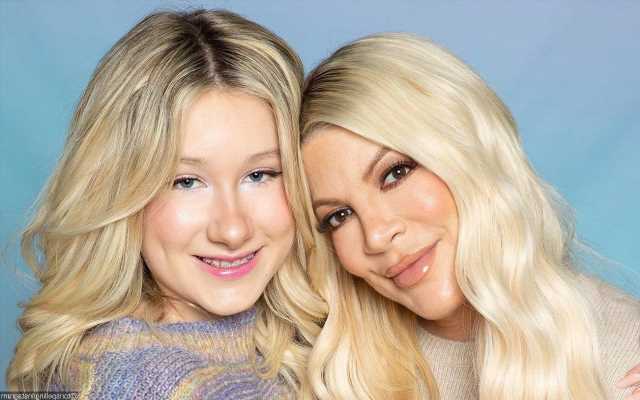 The former ‘BH90210’ star, who revealed Stella’s hospitalization earlier this month, divulges on ‘Jeff Lewis Live’ that her daughter ‘went to the ER twice.’

AceShowbiz –Tori Spelling has opened up about her daughter’s condition after being hospitalized twice due to hemiplegic migraine. In a new interview, the former “BH90210” star claimed Stella was “not great” since receiving her diagnosis.

When appearing in the Thursday, January 19 episode of SiriusXM’s “Jeff Lewis Live”, the 49-year-old explained, “She went to the ER twice and was diagnosed with a hemiplegic migraine.” She added, “One side of you goes numb, it almost kind of mimics what a stroke would be.”

Tori, who shares four other kids with her husband Dean McDermott, divulged that the condition is hereditary. “It actually doesn’t run in my family,” she said, before quipping, “I found that it runs in Dean’s family. More things to blame him with.”

The American Migraine Foundation described hemiplegic migraine as “a rare form of migraine where people experience weakness on one side of their body (hemiplegia) along with headache and other symptoms that are often the same as seen in migraine.”

Stella is now on the road to recovery, but her mom said “she’s still dizzy.” Tori added, “She’s nauseous. The migraine broke. They broke it each time she went to the ER. She’s going to a neurologist at Children’s Hospital LA.”

“I wanted to thank everyone for all the well-wishes for Stella. She is home and feeling much better,” the TV personality said. “At the ER, she was diagnosed with a Hemiplegic Migraine. It’s a condition that affects one side of the body.”

“Signs of a Hemiplegic Migraine attack are similar to what would be presented in a stroke, that typically includes sudden severe headache on one side of the brain, weakness, and numbness on one half of the body,” she elaborated. “It can be terrifying if you don’t know what’s happening or about this type of migraine. As a migraine sufferer my entire life, I had no idea about this. Grateful to everyone at the ER. They were amazing and took great loving care of her.”