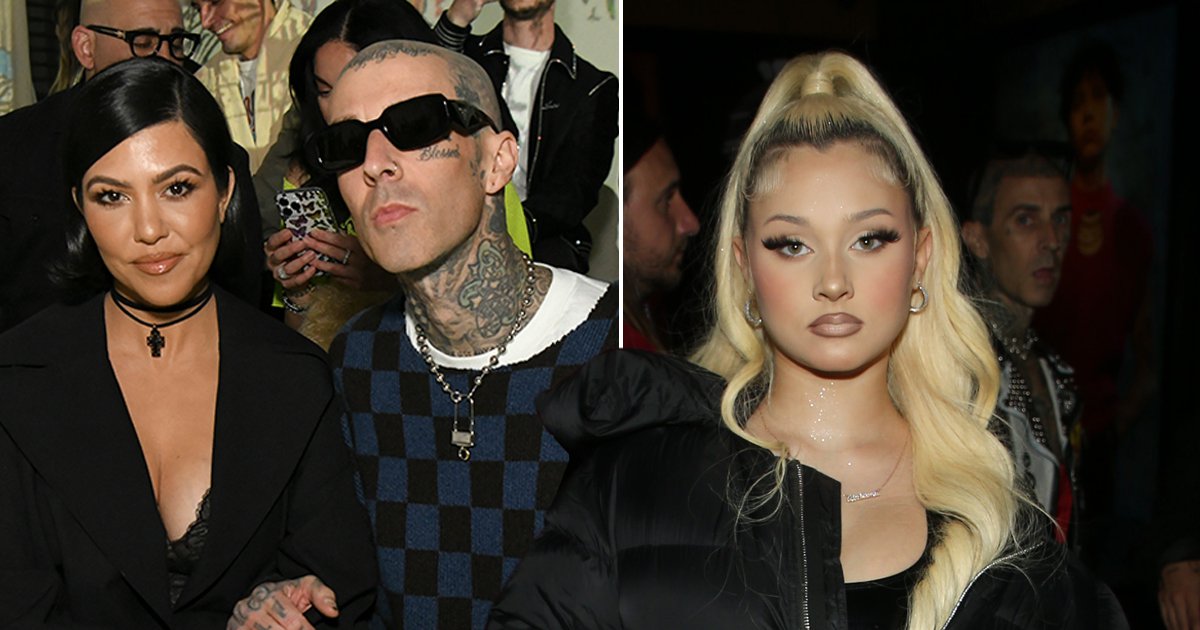 Travis Barker’s daughter Alabama has spoken out after the Blink-182 drummer was reportedly hospitalised yesterday.

Photos emerged of the 46-year-old musician being carried into an ambulance on a stretcher before being taken to Cedars-Sinai Medical Center with wife Kourtney Kardashian by his side.

The couple had earlier attended West Hills hospital on Tuesday morning due to a medical issue Travis was experiencing, reports claimed.

Neither Travis or Kourtney have shared a public update on the rocker’s condition, but his daughter Alabama shared a message in her Instagram stories.

The 16-year-old wrote alongside an emotional emoji: ‘Please send your prayers.’

Travis’ eldest child, son Landon, 18, performed on stage with Machine Gun Kelly in New York City just a few hours after his father’s reported medical emergency. He has since reposted footage from the gig in his Instagram stories but has not mentioned anything relating to his dad’s health.

Machine Gun Kelly is also a close friend of Travis and the two have collaborated on music together, but he did not mention the incident on stage. He and Landon teamed up to perform the track Die In California during the show.

Not long before he was taken to hospital, Travis tweeted: ‘God save me.’

It has otherwise been a joyous time for Travis and Kourtney, 43, who married last month in a lavish wedding in Italy.

The happy couple were surrounded by their family and friends, with stars such as Kourtney’s mum Kris Jenner, sisters Kim and Khloe, and Machine Gun Kelly and his fiancee Megan Fox, in attendance.

The wedding party celebrated the couple’s nuptials over several days as they took over the Italian town of Portofino.

Kourtney and Travis have tied the knot twice before, first getting hitched in Las Vegas after the Grammys without an official marriage licence, and then saying their vows outside a courthouse in Santa Barbara.

The couple have now blended their families with Kourtney mother to three children – Mason 12, Penelope, nine, and seven-year-old Reign – from her former relationship with Scott Disick, while Travis has four children – Landon, 18, Alabama, 16, and stepdaughter Atiana De La Hoya, 23 – from his marriage to Shanna Moakler which ended in 2008.

Metro.co.uk has reached out to Travis’ reps who declined to comment.