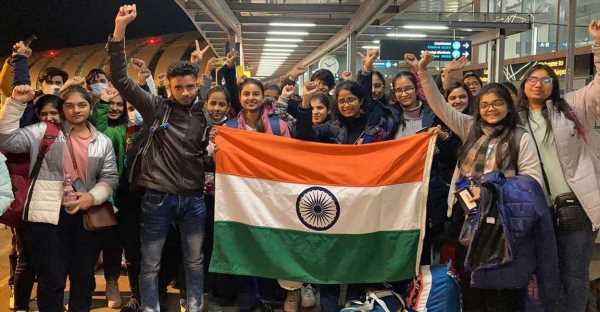 The National Medical Commission has allowed graduates back from Ukraine to complete internships in India, but more concessions to accommodate students will require tweaks in the NMC Act.

Medical students who have returned from Ukraine stare at uncertainty vis-à-vis their assimilation into the Indian education system, despite the National Medical Commission’s recent decision to allow those who have graduated abroad to complete internships in their home country.

For now, the National Medical Commission has asked state medical councils to process the completion of internships of these candidates provided they have cleared the Foreign Medical Graduates Examination (FMGE).

The FMGE is a licentiate examination conducted by the National Board of Examinations as one of the mandatory requirements for Indian citizens with an overseas medical degree to practise medicine in India.

However, according to sources in the medical commission, taking any further steps to accommodate students who have returned from war-torn Ukraine to India might be cumbersome since certain regulations under the NMC Act might need to be tweaked.

“For now, NMC has allowed students to complete internships. But NMC was constituted after an Act was passed in Parliament, and certain regulations may have to be tweaked to accommodate students further,” said a source on condition of anonymity.

“The government is working out ways to do so, but only time will tell what shape and manner these steps will take,” the source added.

Various stakeholders and departments of the government, including the National Medical Commission, are likely to meet later this month to deliberate on such steps. On their part, the Indian medical and academic fraternity have cautioned against dilution of the standard of medical education in the country in the process.

Experts have also raised concerns over the FMGE’s low pass percentages of sub-20 in 2020 to 24 per cent in 2021. Held twice a year, the FMGE tests are slated for June 4 and December 17 this year.

“FMGE is a licentiate examination whose standard cannot be brought down. Given such a low pass percentage, the onus is on the students to work hard to clear FMGE to be able to enter the Indian medical system. At the end of the day, we need quality doctors in India, said Dr Pratik Patel, dean. NHL Medical College, Ahmedabad.

Similarly, speaking at a recent discussion hosted by the Federation of All India Medical Association, Dr Rajiv Ranjan Prasad, dean-faculty of medicine, Aryabhatta Knowledge University, Patna, said that either tougher questions in FMGE or poor quality of teaching in foreign medical colleges could be the reasons for such a low pass percentage.

‘The FMGE test is conducted to bring foreign graduates on a par with the Indian education system,’ Dr Prasad said.

As a solution, Dr Prasad said that with National Medical Commission regulations requiring foreign medical graduates to complete an MBBS programme in 10 years, the returnees still had a buffer time to complete their degrees. At the same time, India could look at providing them special training to help clear the FMGE.

On the other hand, according to experts like Dr G S Grewal, president, Delhi Medical Association, steps should be taken to get foreign medical graduates accustomed to Indian undergraduate courses — one such way being the introduction of FMGE licentiate examination.

In other potential solutions, DR Ravi Wankhedkar, treasurer, World Medical Association, said the students could look to rejoin their colleges once the war was over in Ukraine, even as there were possibilities of neighbouring countries such as Poland willing to accommodate them for the same fees.

“A thorough discussion with all stakeholders is needed for the government to come out with an acceptable solution without dilution of academic norms and standards,” added Dr Wankhedkar.