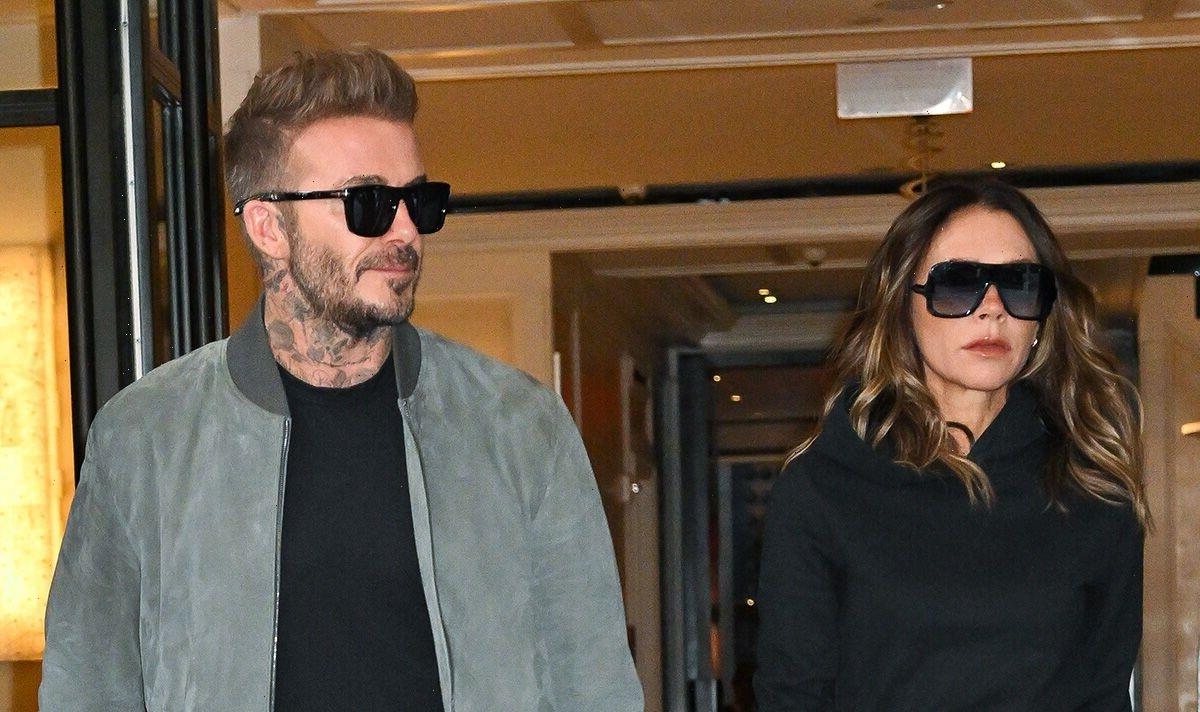 Victoria Beckham, 48, bared all recently as she gave a candid interview to Dax Shepard, 47, on his podcast. The singer-turned-fashion designer opened up about her family life as she explained the dynamics in her marriage to football ace, David Beckham, 47.

Dax, who is married to Frozen and The Good Place star Kristen Bell, 42, asked the Spice Girl whether she hates being asked about David in interviews.

When Victoria responded that “it has never been a problem” for her, Dax admitted that he “hated it” because he felt like a “vessel to tell stories about” his wife.

Victoria then replied on the Armchair Expert podcast: “I think the only time that it gets frustrating is if you are on TV and there’s a limited amount of time and then all they want to do is talk about my husband’s tattoos…

Dax also said that it was “hard on his ego” that Kristen was the breadwinner at the start of their relationship.

He then asked Victoria whether it was the same in her marriage and whether she cared.

To which she said: “We are pretty equal you know.

“When we first met, I was doing very well in the Spice Girls and David wasn’t playing for the first team at that time, he was just breaking into the first team.

“But it has never really been an issue for the two of us, we have always shared everything that we have, we are very equal at home as well…

“I think that we both feel that, when the other one is successful, that’s good for both of us.

“I would never be envious or jealous at all, I am very, very happy for him to be happy.”

The couple share family updates with their fans via their social media, and this festive season seems to be no different.

On Thursday, the designer shared a comical video of David dressed like a cowboy before they got competitive over a Christmas tradition.

Victoria filmed her husband sitting in a wooden chair and wrote in the caption: “My very own cowboy! @DavidBeckham sees himself as a bit of a method actor!

“Give this man a role @KevinCostnermodernwest @Yellowstone,” referring to the American TV series which recently returned for a fifth season.

The pair then went head-to-head in a bid to make the best gingerbread house alongside daughter Harper.

After the competition got underway Victoria admitted that their youngest child made the “best” gingerbread house.

However, she did maintain that she’s “very confident” her gingerbread house was better than David’s.