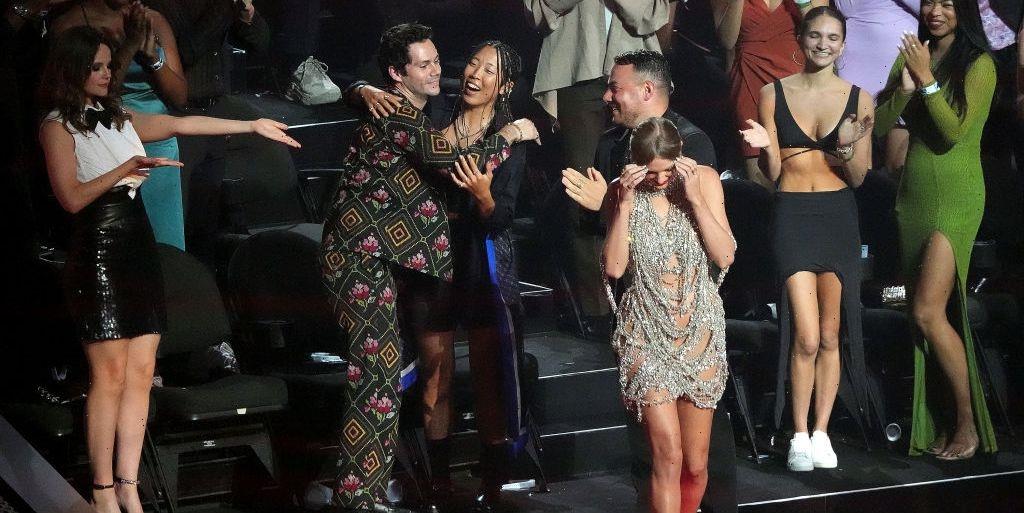 The woodland creature/NYU graduate better known as Taylor Swift is one step closer to solidifying her status as a Hollywood starlet: The pop icon is now a VMA-winning solo director, making history as not only the first artist to win Video of the Year three times, but also the first artist to win for a video directed without a collaborator. Her short film for the song “All Too Well (10 Minute Version) (Taylor’s Version)” is also, fittingly, the longest music video ever to win in the category.

She first scooped up the win for Best Longform Video early in the evening, then returned to the stage later to accept Video of the Year. (The crowd was chanting her name before her win was even announced.) In classic Swiftian fashion, she used the moment not only to praise her devoted fan base, but to plug an upcoming project: her next album, dropping October 21.

🚨 | #WATCH Taylor Swift announces a brand new album is coming October 21st in her acceptance speech for Video of the Year #VMAs pic.twitter.com/MRUW5micid

I think I’m a perfectly normal person and then bam! one photo of Taylor Swift in a sparkly dress and I lose my shit

When Taylor Swift announces a new album in her #VMAs acceptance speech: pic.twitter.com/AeH0K3sr8j

The news—and the historic win—comes as Taylor appears to be building a slow but steady rise in the film and television industry, having already acted in a few movies but now making more intriguing maneuvers. (She recently screened the “All Too Well” film at the Tribeca Film Festival; she’ll appear in the upcoming David O. Russell film Amsterdam; and she and boyfriend Joe Alwyn were recently spotted dining with longtime friend and TV writer/creator Lena Dunham, which could be nothing more than a friendly get-together but could signal something more.) But Taylor is nothing if not calculated: If she moves deeper into film, she’s taking care to ensure that, meanwhile, her dominance in the pop sphere continues. Her fans don’t seem too concerned about their champion’s longevity.

i’m sorry joe alwyn but i’ve known her longer than you pic.twitter.com/F7I2gYlhxB

Read the full transcript of Taylor’s multiple VMAs speeches below. 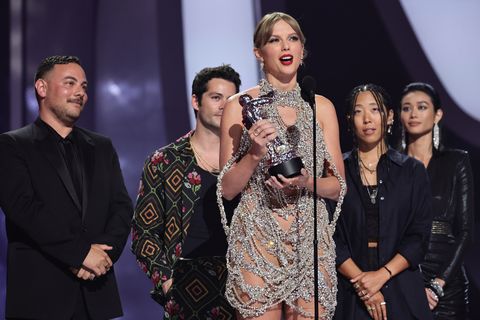 See you when the clock strikes 12!