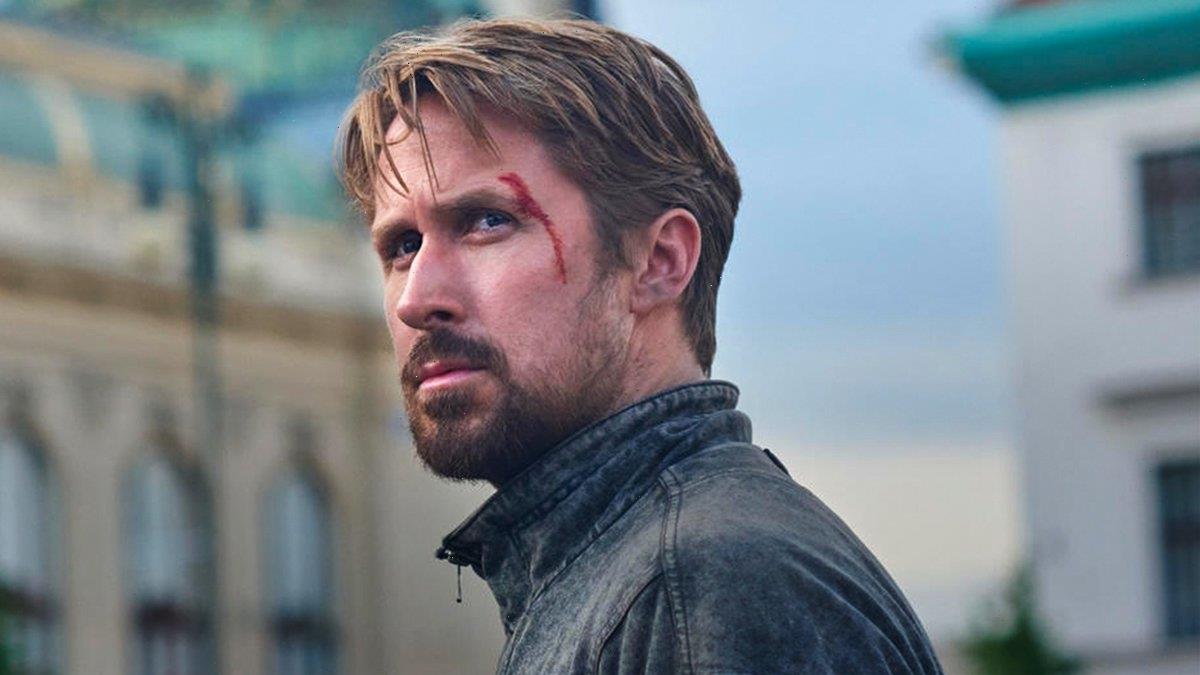 If you purchase an independently reviewed product or service through a link on our website, Rolling Stone may receive an affiliate commission.

This July is filled with returning TV favorites, from Better Call Saul to What We Do in the Shadows, to Stranger Things, but those in search of new things to watch won’t be disappointed either. In theaters and at home, there’s much to discover, from a couple of ambitious new sci-fi series to a film about volcanoes and love. July also brings a new documentary about one of the all-time great song writers, so let’s start there.

The Leonard Cohen catalog is filled with remarkable songs but one, “Hallelujah,” has taken on a life of its own. This new doc explores Cohen’s career through the prism of what’s become his most famous track, an expression of yearning and spiritual longing that’s become inescapable.

How Dr. Martens Can Help You Last Hours On Your Feet at Your Favorite Summer Music Festival

Joey King (The Kissing Booth) stars in a movie that looks less interested in fracturing fairy tales than pulverizing them. King plays a princess who, rather than marry the jerk to whom she’s betrothed, decides to kick ass instead. Watch with a free trial to Hulu here.

This adaptation of a Jack Carr bestseller stars Chris Pratt as a Navy SEAL who starts to question the truth after his platoon’s mission goes awry. Does he decide to get to the bottom of the matter even if it means taking the law in his own hands? You bet he does. Pratt’s joined by an impressive cast that includes Constance Wu, Taylor Kitsch, and Riley Keough. Watch with a 30-day free trial to Amazon Prime here.

Part nature film, part love story, the breakout documentary hit of this year’s Sundance follows the careers of French scientists Katia and Maurice Krafft who dedicated their lives to traveling to active volcanoes to study them firsthand. They took cameras with them, too, capturing remarkable footage from the earliest phases of their work together to its premature end.

Better Call Saul may be ending, but AMC seems intent to make sure an era of ambitious programming doesn’t end with it. This new sci-fi thriller stars Emma McDonald as Bella Sway, a smuggler stuck in a utopian lunar community called Moonhaven. At least it seems utopian on the outside. Joe Manganiello co-stars. Watch on AMC.com.

In his latest adventure, Thor (Chris Hemsworth) has to take a break from contemplating his future when called upon to match wits with Gorr, the God Butcher (Christian Bale), a being intent on ridding the universe of deities. Complicating matters: his old flame Jane Foster (Natalie Portman) has somehow assumed his powers and assumed the mantle of Thor. Taika Waititi returns as director alongside Tessa Thompson as Valkyrie. See tickets and showtimes here.

Adapted by Dennis Lehane (Mystic River) from the memoir In With the Devil: A Fallen Hero, A Serial Killer, this fact based miniseries stars Taron Egerton as James Keene, a young criminal serving a ten-year sentence who’s given the chance for a break if he can befriend and coax a confession from an alleged serial killer (Paul Walter Hauser). In one of his final roles, Ray Lotta plays Keene’s father. Watch on Apple TV here.

Phoebe Robinson (2 Dope Queens) draws from her own life and her 2018 bestseller Everything’s Trash, But It’s Okay for this new series about a podcaster (Robinson) who’s forced to examine her life and career when her brother (Moses Storms) embarks on a political career. (Robinson’s brother Phil Robinson is a member of the Ohio House of Representatives.)

Where the Crawdads Sing (Theaters, July 15)

Speaking of bestsellers, Delia Owens’ 2018 novel, Where the Crawdads Sing, has sold over 12 million copies and shows no signs of slowing down. In this film adaptation directed by Olivia Newman, Daisy Edgar-Jones stars as Kya, a young woman from a troubled background who’s accused of murder after the death of a small North Carolina community’s star quarterback.

One of the toughest parts of parenthood is trying to make sure kids know everything they need to make their way in the world. But what if you knew you were running out of time to get it right? In this new indie drama by Hannah Marks, that’s the situation faced by Max (John Cho), who learns he’s dying and recruits his reluctant daughter Wally (Mia Isaac) to join him in a search for her estranged mother, and maybe learn some lessons along the way. Watch with a 30-day free trial to Amazon Prime here.

With Nathan For You, Nathan Fielder helped (or, more often, “helped”) small business owners in an unforgiving marketplace via a variety of innovative approaches (that usually failed). Fielder’s latest appears similarly grounded in the spirit of helping others. Here Fielder brings in actors and props to help others rehearse big moments in their own lives. What could go wrong? Watch on HBO Max here.

Fielder’s not the only creator following up a beloved series this month. After winding down Insecure at the end of its fifth season last year, Issa Rae wasted little time before returning with a new series. Here she steps behind the camera in the series that follows two high school friends (Aida Osman and KaMillion) who reunite as they try to make it in the world of hip-hop as a duo. Watch on HBO Max here.

The directing (Joe and Anthony Russo) and writing (Christopher Markus and Stephen McFeely) teams behind the last two Avengers movies (and more) reunite for this adaptation of a 2009 Mark Greaney novel. Ryan Gosling stars as Court Gentry, a CIA agent forced to lam it after uncovering some secrets. Standing in his way: a former associate (Chris Evans) determined to do anything to stop him. Greaney’s book has inspired 10 sequels (so far) so expect this to lay the groundwork for future entries. Watch on Netflix.com.

Jane Austen’s final completed novel gets dusted off again for a new adaptation starring Dakota Johnson as Anne, a young woman (though one nearing the end of her era’s marrying age) who reunites with Frederick (Cosmo Jarvis) a man to whom she broke off an engagement years before. Complicating matters: a man of suspect character (Henry Golding) who also has his eye on Anne. Watch on Netflix.com.

Beyond a couple of cryptic (and scary) trailers, Jordan Peele’s been pretty tight-lipped about the premise of his latest thriller. It definitely involves a horse ranch that’s home to a pair of siblings (Daniel Kaluyaa and Keke Palmer) and at least seems to involve UFOs. After Get Out and Us, Peele’s earned a free pass to be as cryptic as he wants. This will almost certainly be worth the price of admission.

William Jackson Harper (The Good Place) and Cristin Milioti (Palm Springs) co-star as a couple whose marriage has reached a crossroad in this new series executive produced by Sam Esmail (Mr. Robot) and created by Andy Siara. But wait: there’s more to the story. While vacationing on the Mayan Riviera they find themselves drawn into an unsolved murder. Will it be a kind of couples therapy or drive them apart? Watch on PeacockTV.com.

In her first project since Girls, Lena Dunham writes and directs (and takes a small role) this story of an inexperienced Los Angeles woman named Sarah Jo (Kristine Froseth) who embarks on a journey of sexual discovery after an affair with her employer (Jon Bernthal). The film inspired a divisive reaction at Sundance this year, so expect more of the same when it hits a wider audience.

Based on a comic series written by Brian K. Vaughan (Saga) and drawn by Cliff Chiang, this new sci-fi series finds a group of high school newspaper delivery girls drawn into a twisty story of time travel that forces them to consider their own futures and whether or not they can be changed. Watch with a 30-day free trial to Amazon Prime here.

Gugu Mbatha-Raw stars in this intriguing-sounding new series as Sophie, a San Francisco woman who’s not really sure what’s been going on in her own life of late after suffering a brain injury as part of a suicide attempt. Maybe. The more she and her friends investigate, the more inconsistencies they find. Watch on AppleTV.com.

Neil Patrick Harris has been delivering memorable supporting performances since the end of How I Met Your Mother, but he takes center stage here as Michael, a New York man who finds himself unexpectedly single after his husband of 17 years ends their marriage. Darren Star (Sex and the City, Emily in Paris) serves as creator of what sounds like a vehicle for the star. Watch on Netflix.com.