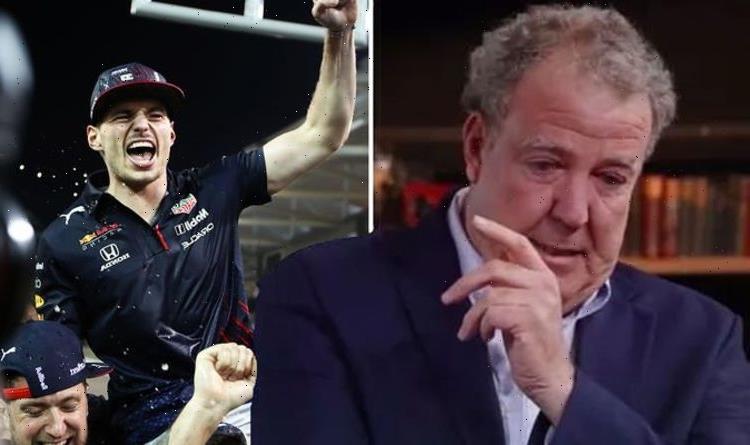 Jeremy Clarkson weighed in on the F1 drama yesterday, which saw Max Verstappen win the Formula 1 world title. The dramatic final race in Abu Dhabi sparked some controversy over the rules, as The Grand Tour host fumed at the result.

Taking to Twitter during the race, Jeremy called out the race stewards over their racing decisions.

In view of his 7.5 million followers, he wrote: “It’s like the VAR handball yesterday.

“What is the point of these idiots?”

A fan named bonkeydollocks2 then replied: “It’s a false victory, only let a Few back markers through! (sic)

Jeremy then quipped back: “As you may know, I have campaigned for an end to the stewards for some time.”

This all comes after some controversial calls during the final race yesterday.

Verstappen pitted late for fresh tyres ahead of the final lap, while Hamilton was left on older tyres.

Alongside this, the decision was made to allow lapped cars to ‘unlap’ themselves between Hamilton and Verstappen.

This went back on a rule decided earlier in the race by the racing director.

Jeremy went on to admit while he was happy with the result, he was unhappy with how the race went.

“Delighted with the result but the stewards need to be banned,” he added.

“We’ve had enough of them.”

Jeremy wasn’t the only celeb to weigh in on the drama either.

BBC Breakfast’s Dan Walker called it out on Twitter yesterday.

Posting in view of his 739,700 followers, he penned: “Sport is naturally entertaining and if you start fiddling and to try to create ‘entertainment’… everyone sees through it.

“People get angry, complain and then appeal.

“The enormous ‘created’ mess then gets even messier. All the best sorting this one out.”

Mercedes’ initial protestation of the result has been denied.

However, they have announced their intention to appeal the stewards’ decision.