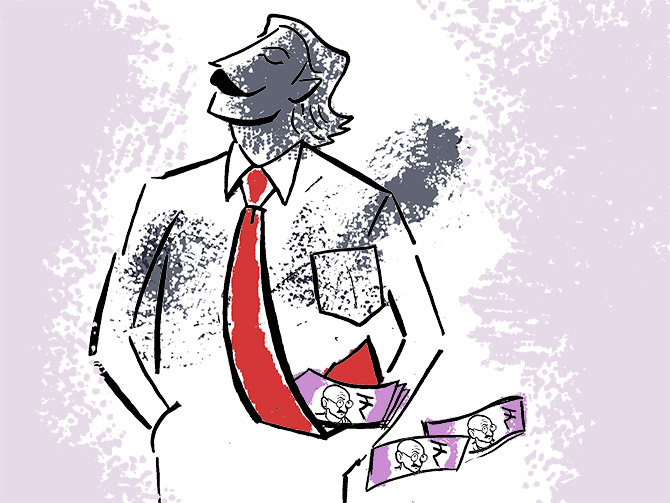 ‘Some people even boldly ask for a 100% increase in the salary.’

Now that the pandemic may be on its way out and people have started working from offices again, it is said a huge churn has been noticed in the job market in India.

Many employees are seeking newer pastures and lucrative pay packets.

And they are willing to do video exit interviews where they can frankly air the reasons behind their resignation.

This prompted HR Solutions provider Genius Consultants Ltd to conduct a survey on such wrap up interviews. 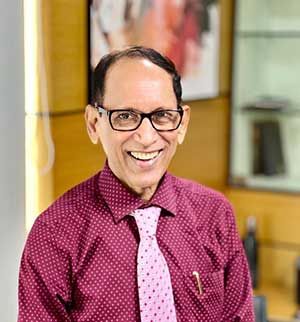 Why did you decide to conduct a survey on exit video interviews? Was it with the employees or employers?

It was a digital poll conducted to find out whether the exit interviews are good or not. More than 500 people from different companies, both employees and employers, had participated in the survey.

From the survey, we found out that employers were happy to know the grievances of an employee and why he was leaving the company, through the exit video interviews.

Once the company comes to know the reasons, they can correct the issues so that more employees do not leave.

When we asked, do you agree with the exit video interviews, 95% of the respondents said, yes.

Are the employees generally honest while airing their opinion?

Generally, he is frank as he is leaving the company.

90% of the times, people air their opinion without any bias, like the canteen food or coffee was bad, attendance register was bad, or the attitude of his seniors was unacceptable, etc.

Then, the company will get an idea about the way it functions.

Is the video exit interview a new phenomenon?

All the big companies do exit interviews, but the video interviews are new.

In the earlier days, the employee had to come to the office to do an exit interview. Today, he can do it from anywhere because of the app.

The window opens when an employee resigns. The day he gets his final pay check, he appears online on the video app.

Why do companies upload the exit interviews on social media? Are employees okay with it?

It helps the prospective employees in deciding whether to join a company or not. It will also be advantageous for the employer to attract better people.

From our survey, we found that 60% of the employees were okay with uploading the exit interviews on social media.

This is an important survey for the employers as attrition is happening in a big way; people are leaving their jobs for better pastures.

A lot of resignations are happening.

Are resignations happening because there are a lot of opportunities out there?

There are a couple of reasons for the exodus. There is a huge demand in the IT, ITES (Information Technology Enabled Services) and telecom sectors.

All the top IT companies in India are recruiting people in large numbers especially those with 3-4 years of experience.

The second reason is, during the pandemic, many companies had reduced the manpower. Now that the pandemic is almost over, there is a big demand in the market.

Naturally, all these companies wanted to have the same manpower back. So, there is an enormous demand in the market.

There is a big churn happening in the market, and people are not staying where they are. I would call it the great resignation period.

The situation is such that even if you recruit someone, s/he may not join eventually. Some join to leave after a week. Now, companies are finding it difficult to keep their employees.

When did this start?

The great resignation period started from the month of January 2022. It still continues but it is getting tinkered now.

Due to inflation, prices of all items have gone up so much that people want higher salaries.

Another reason why there are companies that are ready to pay more is because they are doing well.

If you look at the quarterly results of the top listed companies at the stock market, you will see that most of them have performed better in this quarter.

It will even be better in the first quarter of this year too.

Are you comparing the situation with pandemic times when so many companies laid off their employees, or pre-pandemic times?

It is definitely higher than both pre-pandemic and pandemic times.

During the pandemic, there was a huge slump; there was unemployment, there were job losses.

What do you think is triggering this growth and good sentiments in the market?

Before the RBI increased the repo rate recently, money was easily available in the market.

So, there was more demand which led to higher production and higher exports.

Because production was higher, manpower requirement was higher. These are the reasons why there was a need for more people in the market.

Also, during the pandemic, most of the companies had no idea how to deal with the situation.

Now, we know that even if you are infected, it will not be that severe to get hospitalised.

Would you say, right now the situation in the market is, advantage employees?

Of course, it is a big advantage to employees.

There are more opportunities out there, and the salaries have gone up by 15%-18%. When they change jobs, they are even getting an increase of 50% in their salaries.

Some people even boldly ask for a 100% increase in the salary.

Most of those who lost their jobs during the pandemic, have got back their jobs.

But the CMIE (Centre for Monitoring Indian Economy) figures released in May say in April, unemployment rose to 7.83%…

Right now, unemployment rate is only about 4.2%.

So, you see brighter employment times for India?

Yes, it is going to be brighter times for India. The only issue now is inflation.

Because of inflation, the RBI has increased the repo rate.

So, the money availability will come down and it will affect the situation. But I don’t think it will slow down the growth much.